The best of both worlds at Kitchen Bar 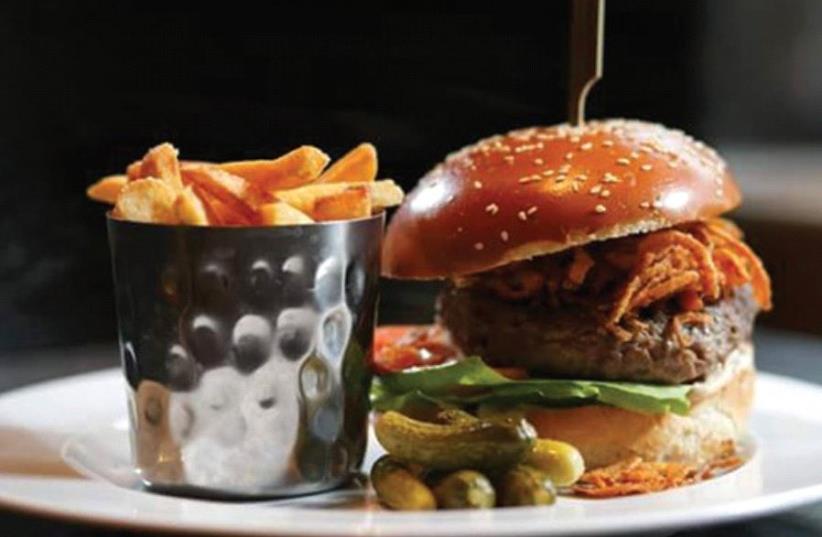 Kitchen Bar Netanya
(photo credit: PR)
Advertisement
Kitchen Bar in Netanya’s Ramat Poleg is called Bistro Yam Tichoni (Mediterranean Bistro) in Hebrew, a name which much better describes the food and atmosphere of the place. If you didn’t know, you might think it was a café with nothing much to eat and plenty to drink; but in fact, Kitchen Bar is a kosher restaurant offering substantial meals which perfectly blend Middle Eastern and European elements.This may have something to do with the fact that the owner, Guy Shalev, is half Moroccan on his father’s side and half German on his mother’s. He took over Kitchen Bar a few years ago and made it kosher, and today it is a magnet for Netanya’s many English speakers, as well as native Hebrew speakers. All the staff speak perfect English, and the menu comes in three languages – Hebrew, English and French.Walking into Kitchen Bar, one immediately gets a friendly welcoming vibe. Soft music plays, the lights are lowered, and candles glow on the wooden tables.We left the choice of starters to our efficient waitress, who suggested ceviche, cigars and a mushroom and artichoke mix. The ceviche (NIS 42), made from ultrafresh sea bass with diced tomatoes, chopped red onions and coriander, was served on a wooden platter that looked like tree bark. The mushroom and artichoke stew was served with a coddled Scotch egg, which we felt was superfluous, although the sundried tomatoes added much flavor, as did the basil garnish (NIS 42). The crisp homemade cigars (NIS 48) were of Cuban proportions and filled with small chunks of beef and liver and served with Israeli salad and a smear of very good homemade tehina. All the starters were first class and augured well for what was to come.For the main dish, my dining companion chose the entrecote steak (NIS 118), which came with a small dish of salsa verde as condiment and ground black pepper around the plate. Piping hot French fries were served separately. He assured me that the entrecote was tender and flavorful, as any good steak should be.I decided to try a dish which would be more of a challenge to the chef’s skill and chose chicken scallopini (NIS 68). It consisted of tender slices of chicken breast served in a white wine sauce with capers and diced tomatoes. A very generous portion arrived and proved to be delicious. The chicken had absorbed the rich flavors of the wine and the capers, which made the whole dish more piquant than one would have expected.We felt we must taste a dessert in order to give a balanced view of what is available at Kitchen Bar, so our waitress brought a chocolate bar for us to share. It was rich and decadent – the guilt was exquisite! A generous glass of Gamla red blend (NIS 29) was enough liquid refreshment throughout the meal, and we left the restaurant with a light step and a determination to return to Kitchen Bar very soon.The writer was a guest of the restaurant.Kitchen Bar Kosher 7 Giborei Yisrael, Netanya Tel: (09) 835-6789 Open Sunday to Thursday from noon to midnight