The Israel Ophir Awards are set to announce the winners

International audiences have already given this year’s Ophir Award nominees their vote. The winner, yet-to- be-announced, may just have a chance at an Oscar 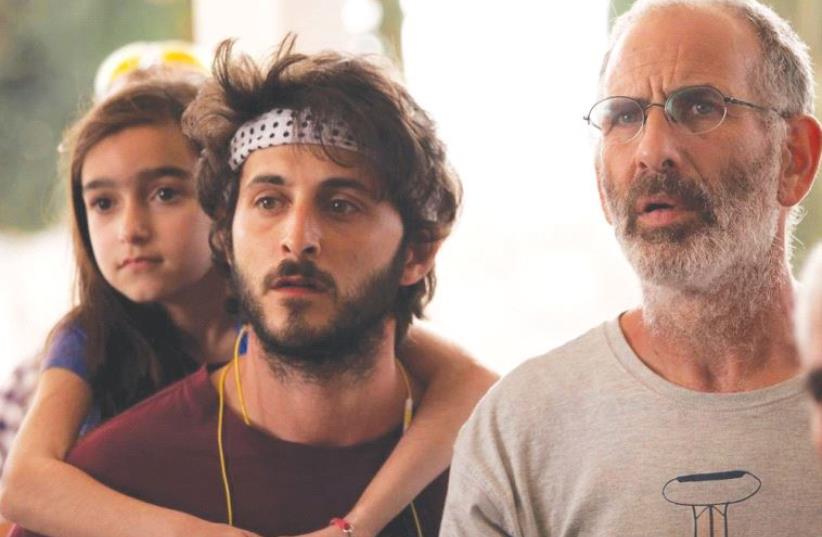 Contenders for the Ophir Awards top prize include the drama ‘One Week and a Day’
(photo credit: VERED ADIR)
Advertisement
An extremely varied and strong group of movies are competing for the Ophir Awards, the winners of which will be announced on September 22 at the Performing Arts Center in Ashdod at 9 p.m.The ceremony will be broadcast live on Channel 2 and Channel 24.The winner of the Best Picture Award will go on to be Israel’s official choice for consideration for a Best Foreign Language Film nomination.In general, the Ophir voters, the members of the Israel Academy of Film, try to pick the movies most likely to get an Oscar nod and that will be most popular abroad.The nominees for Best Picture are Asaph Polonsky’s One Week and a Day, about a family grieving the loss of their son, which won the Haggiag Award for Best Israeli Feature Film at the Jerusalem Film Festival and the Gan Foundation Award at the Cannes Film Festival; Meny Yaesh’s Our Father, a gritty, violent drama about a bouncer in a Tel Aviv club; Elite Zexer’s Sand Storm, the story of two Beduin women, which won the Grand Jury Prize at Sundance; Eran Kolirin’s Beyond the Mountains and Hills, which premiered at Cannes and tells the story of a very troubled family; and Rama Burshtein’s Through the Wall, about an ultra-Orthodox young woman who feels pressure to marry quickly, which will had its international premiere at the Venice International Film Festival.Kolirin and Burshtein have both made movies – The Band’s Visit and Fill the Void, respectively – that won the Ophir Award in recent years.But the two first-time directors, Zexer and Polonsky, have what many believe are the strongest films. It seems that Sand Storm has a slight edge, since it is nominated for 12 Ophir Awards, while Polonsky’s has only seven nods. Sand Storm’s exoticism has played well at film festivals around the world.Zexer is likely to win Best Director as well, although the Academy may split the prizes, and give that award to Polonsky.Evgenia Dodina, one of the country’s most acclaimed stage actresses, should win Best Actress for One Week and a Day, and although Shai Avivi was brilliant in that drama as well, I think that Moris Cohen is likely to win for his showier role in Avinu (Our Father).In the supporting categories, Tomer Kapon was extremely funny in One Week and a Day, and he could win, while Ruba Blal-Asfor, who plays the mother in Sand Storm, gave a memorable performance in what was essentially a leading role.The documentary category is the strongest ever: Ido Haar’s Presenting Princess Shaw, Tomer Heymann’s Mr. Gaga, Sylvain Biegeleisen’s Twilight of a Life, Shimon Dotan’s The Settlers and Kobi Faraj’s Photo Farag.I have seen all of them except for Photo Farag, and any of these films could go on to at least make the Best Documentary Oscar shortlist, which is totally independent of the Ophir Awards. It’s a tough call, but I think that Mr. Gaga, a documentary that spotlights one of Israel’s top artists, choreographer Ohad Naharin, will win.But the real story here is the continued vitality of the Israeli film industry. This year’s nominees don’t even include the latest films by Avi Nesher (Past Life) and Joseph Cedar (Norman: The Moderate Rise and Tragic Fall of a New York Fixer), which just had their world premieres at the Toronto International Film Festival and the Telluride Film Festival, to great acclaim.Critics at festivals around the world have praised Israeli films lavishly this year and many of these movies have been bought by foreign distributors. But journalists, always looking for a trend, have claimed recently that Israeli movies have become less political, and that this represents a positive shift.In an article in the Los Angeles Times last spring, Steven Zeitchik wrote about what he called a “cinematic shift” in Israeli movies, which has “reached a crescendo of sorts” with the premiere of Eran Kolirin’s latest film, Beyond the Mountains and Hills at Cannes Film Festival last May.Zeitchik went on to write that, “For years, a large portion of the country’s film culture – one of the most prolific in the Middle East – was focused on a host of external realities,” but that now, “just as often the nation’s cinema is turning the lens on itself,” and away from these “external realities.”New York Times critic A.O. Scott made a similar assertion in a June 9 review of Avishai Sivan’s Tikkun, about a yeshiva student in crisis, writing, “Tikkun is the latest evidence of the vitality of Israeli cinema, which has recently been moving away from politics-inflected realism in wilder, more allegorical directions.”What makes these assertions puzzling is that they are simply not true. They are particularly far off the mark in connection with Kolirin’s film, the most overtly political movie made this year, which details how an emotionally bankrupt Israeli family causes devastation and even death to those around them, particularly Palestinians, through its carelessness and egoism. It is very clear that politics were on the director’s mind – “not that there’s anything wrong with that,” as Jerry Seinfeld might have said – and this points to a problem with the phrase “external realities” when applied to Israel.Are the three dramas about the First Lebanon War, Joseph Cedar’s Beaufort, Ari Folman’s Waltz with Bashir and Samuel Maoz’s Lebanon, for example, which were released to great critical acclaim between 2007- 2009, “focused on external realities”? They were all based on the directors’ own experiences fighting that war and can be seen as coming-of- age dramas.As the film industry has flourished here, Israeli filmmakers have become increasingly successful at the difficult task of balancing and blending the personal and political seamlessly, which I can understand may be confusing to foreign critics.But while they may not always understand what they see the way that Israeli audiences do, international critics and distributors are certainly paying attention, and that’s good news for the film industry and movie fans here.