The Israeli designer behind 'To All the Boys I've Loved Before'

Rafaella Rabinovich
(photo credit: Courtesy)
Advertisement
It wasn’t in any theaters. It didn’t break any box office records. But it’s not hard to proclaim that Netflix’s To All the Boys I’ve Loved Before was the movie of the summer.The feel-good romantic comedy hit the global streaming service in mid-August. And it almost immediately became a fan favorite, spawning a multitude of thinkpieces, a plethora of fan clubs and giving a meteoric boost to the careers of its two young stars, Lana Condor and Noah Centineo. 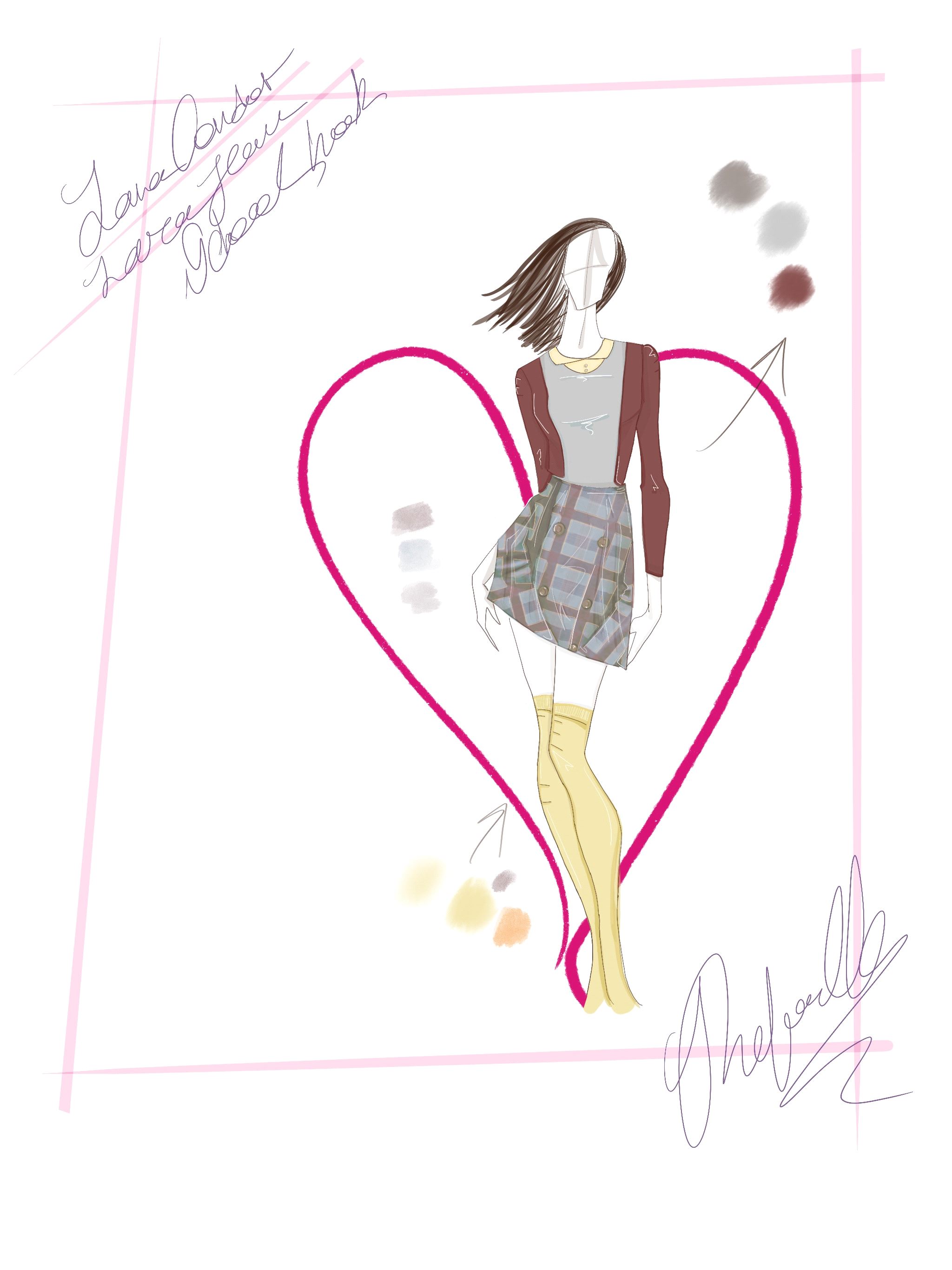 Sketch by Rafaella Rabinovich / CourtesyAs the Hollywood Reporter pointed out this week, Netflix never releases streaming figures for its films – but there are other ways of judging success. Since the film was released, Centineo soared from around 700,000 Instagram followers to more than 13 million, and Condor jumped from 100,000 to 5.5 million.Israeli-Canadian costume designer Rafaella Rabinovich created all the fashion the characters wore on the set, gaining praise for her nuanced approach and attention to detail.
Lana Condor in the role of Lara Jean Covey in the Netflix show "To All the Boys I've Loved Before" in an ensamble created by Rafaella Rabinovich / NETFLIX “It is truly very humbling to see that this movie has touched so many people,” Rabinovich said in a recent email interview from Vancouver. “I couldn’t be any more grateful for the opportunity to be a part of something that makes people smile.”Rabinovich was born in Canada and raised in Tel Aviv, and studied costume design at the Rakefet Levy Design School of the Performing Arts. She continued her studies in Canada and Berlin, and settled in Vancouver to further her career. Over the years, she has worked on a wide variety of projects, including TV, film and theater. When creating the fashion seen in To All the Boys I’ve Loved Before, Rabinovich said she had a wide variety of inspirations.“I approached the film with a keen intention to visually and aesthetically capture something that will speak to a wide audience,” she said. “I wanted to make sure that the outfits tell the underlying story of a girl and her world without being too obvious and at the same time for everyone to be able to see themselves in the characters.”“When designing, I try and make sure that my design aesthetic comes through in the overall look, but at the same time with little strokes of details that... give the character personality through color, texture and shape,” Rabinovich said. For this film, she said, “I was very much inspired by 90s fashion, 70s K-Pop and some great rom-coms like Clueless, 10 Things I Hate About You, Never Been Kissed, Pretty in Pink, Sex and the City as well as Annie Hall.”To All the Boys I’ve Loved Before wasn’t Rabinovich’s first Netflix project – she also served as the costume designer on the series Project Mc², a children’s show about teenage girls who use science and tech skills to become secret agents. That project garnered Rabinovich a Daytime Emmy nomination for outstanding costume design/styling.“It was surreal,” she said of hearing about the nomination. “Being acknowledged by the Television Academy and your industry peers for your work is incredibly humbling.”Over the years, Rabinovich has worked on an eclectic mix of projects, including the TV movie Final Vision, about a grisly murder, the fairytale TV show Once Upon a Time, and even a Vancouver theater production of Fiddler on the Roof. Most recently, she designed the costumes for the upcoming 2019 drama film Love and Oatmeal, starring Ben Platt, and season four of the TBS series The Detour.“Every project comes with its own journeys of special characters and different teams as well as unique scenarios and challenges,” Rabinovich said. “It’s hard to compare, but it’s also what I love about my job.”The designer said she still visits her friends and family in Israel – “not often enough though!” – and also keeps a watch on the fashion scene in the Jewish state.“I think Israeli fashion is great and totally on point, with garments, textile art, accessories and shoes, with bigger names as well many hidden gems,” she said. “I personally make an effort to wear pieces by Israeli designers and stay up to date with global trends as well as Israeli [ones]. Some of my favorite designers include Naama Bezalel, Hazan Zukerman, Alon Livne, Mirit Weinstock... and most recently Retema, which is showing the plus-size fashion industry how all women are equally beautiful and worthy of feeling great in their own skin.”