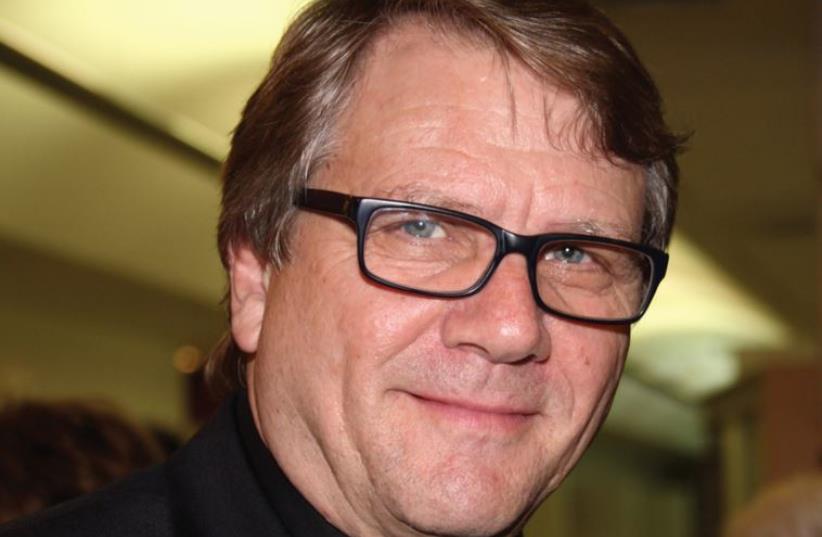 Yinam Leef
(photo credit: DAN FORGES)
Advertisement
From October 23 to 25, The Young Philharmonic Orchestra Jerusalem Weimar, led by Michael Sanderling, one of Europe’s leading conductors, will perform concerts in Rishon Lezion, Jerusalem and Tel Aviv. The concerts were performed in Germany earlier this year.The program features the premiere of Links.Metamorphosis by Israeli composer Ziv Cojocaru; Symphony No. 2 by Kurt Weill; Concerto for Violoncello and Orchestra No. 1 by Shostakovitch, with soloist Alexey Stadler; and Fantasy Overture Romeo and Juliet by Tchaikovsky. The Young Philharmonic Orchestra Jerusalem Weimar is a symphony orchestra that consists of an equal number of students from the Jerusalem Academy of Music and Dance and the Liszt Academy in Weimar. “This biannual project is taking place for the third time and is of the utmost importance in many ways,” says Prof. Yinam Leef, president of the Jerusalem Academy of Music and Dance. “The Weimar Academy used to be an important music center. But with the rise of the Nazis, it was forbidden to perform music by Jewish composers, and the scores were put into the attic. After the war, when Weimar became part of East Germany, the academy building served as the Red Army barracks. It was only after the unification of Germany that the building was returned to musicians. Several years ago Israeli composer Michael Wolpe, who is an ardent champion and researcher of Jewish music, went to Weimar and spent many hours in the Liszt Academy archives. That is how it was decided to inaugurate a joint orchestra in order to perform the forgotten music of Jewish composers. But later the concept of the project became more general, with the orchestra performing pieces of other composers. For example, the orchestra performs music by composers who lived under totalitarian regimes, such as Shostakovitch,” he explains.But the agenda of the project is not only ideological. Far from it.“Two groups of young musicians work intensively together for a week or more, and the conductor’s aim is to create a solid musical body from them. While German musicians are known for precision in their performance, their Israeli counterparts are more emotional. The two groups obviously influence one another, and the result is most impressive. All in all, there are 70 young musicians – 35 from Israel and 35 from Weimar. But again, since not only Germans study at this academy, the joint orchestra includes students from 15 countries, and music unites them, which is also important,” he says. Michael Sanderling, the conductor, is the son of prominent German conductor Kurt Sanderling, who escaped Nazi Germany and found refuge in the USSR. For many years he conducted the Leningrad Philharmonic and led several premieres of pieces by Shostakovitch. “There was a moving moment in 2013,” Leef recalls, “when Michael conducted our joint orchestra in Berlin in the same concert hall where years before his father had conducted the same piece – the Sixth Symphony by Shostakovitch.” Speaking about the current concert, Leef says its program is a clear expression of the very agenda of the project. “The two central pieces are the Symphony No. 2 by Kurt Weil, composed in 1934, a year after he escaped Germany and lived in France. Of course, his was ‘forbidden music.’ Another piece is the cello concerto by Shostakovitch. This is one of his most intimate pieces, which speaks about the conflict between the artist and totalitarian power.” The concert opens with Cojocaru’s Links.Metamorphosis . This most serious piece was composed especially for this occasion,” says Leef. “It speaks about connections between the past and contemporary times. The concert ends with Tchaikovsky’s Romeo and Juliet , a timeless piece that allows a symphony orchestra to showcase its dexterity.”The concerts take place on October 23 at noon in Rishon Lezion at Heichal Hatarbut; October 24 at 9 p.m. at the Jerusalem Theatre; and October 25 at 8 p.m. at the Tel Aviv Museum of Art.