Theater Review: On the Grill 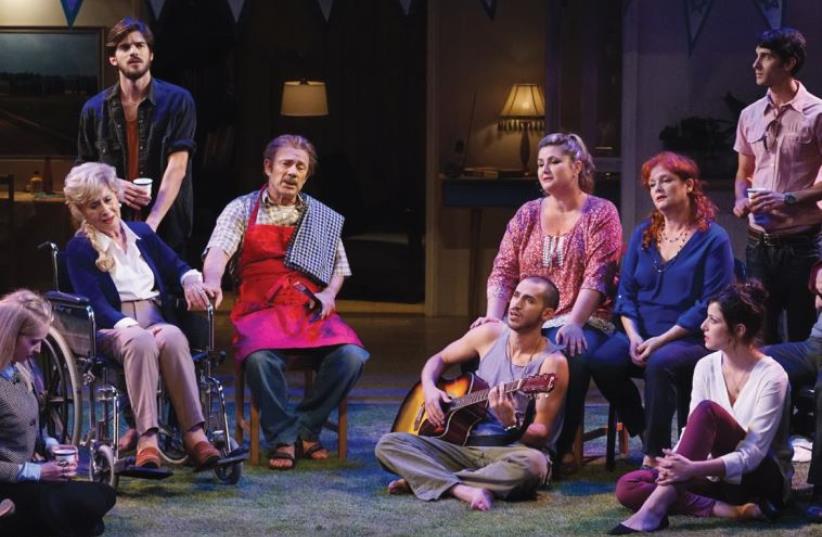 On the Grill play
(photo credit: GADI DAGON)
Advertisement
ON THE GRILL
Written and directed by Dror Keren
Cameri, December 11

The last 15 minutes of Dror Keren’s from-the-heart On the Grill are worth its somewhat rambling (too much small talk) structure, and I was probably not the only one in the vociferously applauding audience with tears in my eyes. Not strictly because of what happens, but because it has to be that way, now, and for the foreseeable future.The play’s title is actual and a metaphor; a metaphor because we’re all on the grill here [to be explained]. Actual because it’s set in the backyard of a home on a veteran kibbutz in the Jezreel Valley where the family is gathering to celebrate Independence Day, and where Zvika (the peerless Rami Baruch) is getting ready for the traditional Independence Day barbeque.He’s brought the steaks, the chops, the sausages from the Arab butcher in the nearby village – “What a mob scene! You’ve no idea… but he saved them specially for me.” – because the whole family will be together, and the family is a microcosm of today’s Israel.Grandma Gisella (Miriam Zohar), a Holocaust survivor, was an illegal immigrant, married to a kibbutznik in the past. Now she’s in a wheelchair, cared for by Raja (Adam Sheffer) from India.Avinoam (Yossi Kantz), an old and still-fiery rebel, is father to Tirtza (Irit Kaplan), who is rigid with worry because “the situation” may send her son Gilad (Asaf Maron) into combat. His cousin Mordi (Avishai Meridor), suffering from PTSD from a previous war, has been living in Berlin for four years. He’s come for a visit with his non-Jewish German partner Johanna (Lena-Ann Castrup).Also invited is his former lover Alona (Shelly Ben-Yosef), now divorced.And holding it all together is no-nonsense, practical Rochale, Zvika’s wife, Mordi’s mother.As the tension builds, as jets roar above, as they watch TV and wait for the phone to ring, it doesn’t take long before the anger and resentments explode, before the generations collide, before the present replays the past.The acting is so good that it seems we’re eavesdropping, not sitting in a theater.Avishai Meridor and Adam Sheffer need work on diction and body-language respectively, but experience will provide that, and these are quibbles against simply superb ensemble work.Now for the explanation. We’re on the grill because our lives here are schizophrenic.We live normal lives in an abnormal situation. We realized a dream and are destroying it.“Is that fireworks, or artillery?” asks (I think) Rochele, as explosions split the night sky. That’s our reality here. That’s what On the Grill shows us.Like Hanoch Levin’s Murder, Dror Keren’s On the Grill is an important play.
Advertisement
Subscribe for our daily newsletter