This week on TV: Rebellious robots,return of SJP, and ‘Princess Shaw’

Several new HBO series will have their premieres on HOT in October. 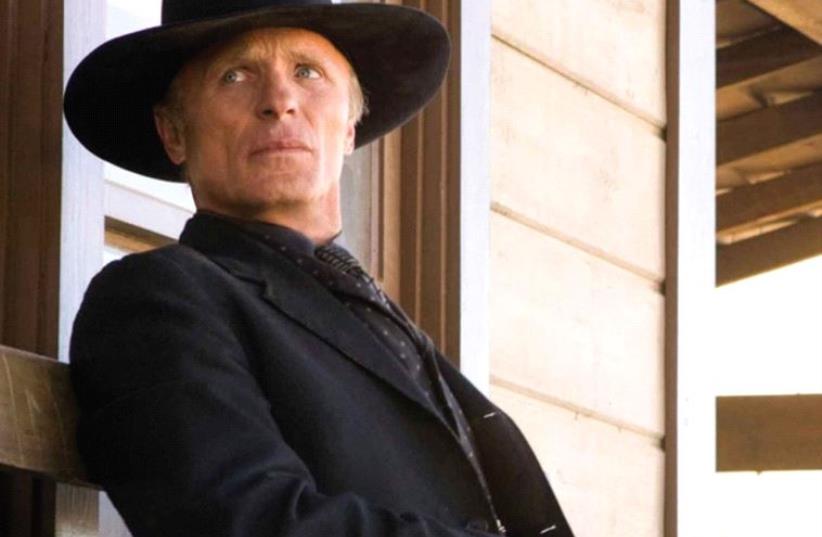 Ed Harris in Westworld
(photo credit: PR)
Advertisement
The HOT network has a new agreement with HBO, and several new HBO series will have their premieres on HOT in October. Westworld, a television remake of a mediocre 1970s movie starring Yul Brynner about robots who become murderous in a futuristic theme park, will air on HOT VOD and HOT Plus at 4 a.m. and 10 p.m. starting on October 3.Although the movie was the late novelist Michael Crichton’s big-screen directorial debut, it didn’t do that well when it was released.New Yorker magazine film critic Pauline Kael wrote that “The picture is a little cold, since we don’t like either the robots or the people.”The new series, which is one of HBO’s bigger budget productions, tells the story from the point of view of the robots. US critics, who have seen preview episodes of the series, have praised it. Newsweek called it “almost embarrassingly better than Crichton’s film.” The promos released suggest that it will focus on a character played by Evan Rachel Wood, who believes she is living on a ranch in the Old West but is actually a robot. The premise sounds similar to the Ridley Scott classic Blade Runner, so if you enjoyed that film, you may like this. Like that film, a key plot element will be the robots’ desire to confront the man who created them, a scientist played with Hannibal Lector-like malevolence by Anthony Perkins.Other stars of the series include Ed Harris, Thandie Newton and James Marsden.Another new series coming up next month will be the new Sarah Jessica Parker show, Divorce. It was created by Sharon Horgan, the star and creator of the series Catastrophe. It air on HOT VOD and HOT Plus on Wednesdays at 10 p.m., starting on October 12.It’s Parker’s first starring role in a series since Sex and the City ended 12 years ago. Thomas Haden Church plays her soon-to-be ex-husband. Other cast members include Talia Balsam, who played Roger’s first wife, Mona, on Mad Men (and, in real life, was George Clooney’s first wife and who is currently married to John Slattery, the actor who played Roger); and Molly Shannon, one of the bestloved former cast members of Saturday Night Live.And if you’re missing Roger, Mona and everyone else from Mad Men, HOT will rerun the entire series starting on October 9, Sunday to Thursday at 9:10 p.m.
on HOT Plus and on HOT VOD.Ido Haar’s film Presenting Princess Shaw just won the Ophir Award for Best Documentary in a very competitive year. It will be shown on YES Docu on October 5 at 9 p.m. and October 8 at 10:30 p.m., as well as on YES VOD.The movie, which has been mentioned as a contender for a Best Documentary Oscar, is what I called “a Cinderella story for the Digital Age” in my review last spring. Kutiman, an Israeli musician who is celebrated for editing YouTube music videos into digital collages, discovered the music of Samantha Montgomery, an African- American singer/songwriter who worked in a nursing home and overcame horrific childhood abuse. Haar thought about making a movie about a number of YouTube artists whose music Kutiman was featuring in his videos but quickly realized he wanted to focus on Montgomery, who goes by the name Princess Shaw. Montgomery’s music has reached a huge international audience thanks to Kutiman, an eccentric figure who lives on a kibbutz. I thought the film would be a big hit in the US, but several critics raised questions about the ethics of Haar not telling Montgomery that her music was soon likely to go viral, which did not seem problematic to audiences here.In any case, it should play well on the small screen, especially since some of the film is composed of music videos.Montgomery comes to Israel often to perform with Kutiman’s band — she sang at the Ophir Awards — and if you can attend one of their shows, it’s well worth it.