To Singapore and back

The title, An Old Woman Picking Up A Stone And Carrying It Back To Her House, reads like the beginning of a Chinese proverb. 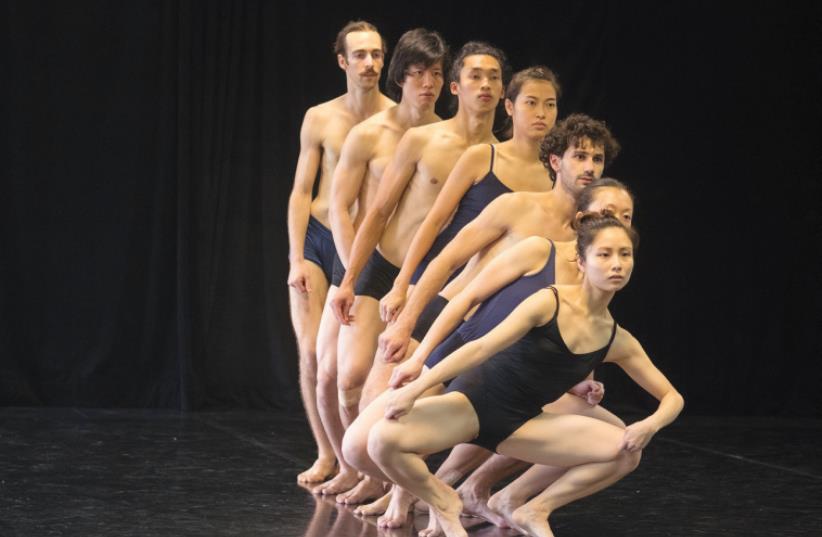 FRONTIER DANCELAND performs ‘An Old Woman Picking Up A Stone And Carrying It Back To Her House.’
(photo credit: ASSAF ALKALAY)
Advertisement
People are always mixing up the name of the piece that Noa Zuk and Ohad Fishof created for Singapore-based company Frontier Danceland, a fact that tickles the two artists. The title, An Old Woman Picking Up A Stone And Carrying It Back To Her House, reads like the beginning of a Chinese proverb.“One of the women who works for us on marketing and public relations recently asked me about ‘that piece with the young woman,’ laughs Zuk.“I really like that,” smiles Fishof.It is Tuesday afternoon and Zuk and Fishof have just greeted the seven dancers of Frontier Danceland, who arrived in Tel Aviv earlier in the day. The company is here to perform two works as part of the Batsheva Hosts series, Zuk and Fishof’s An Old Woman and Shahar Biniamini’s F L A T.Zuk, 38, is one of the most skillful and charismatic female performers in Israel today. Fishof, 45, is an expert interdisciplinary artist specializing in music, dance and visual art. As a team, the two marry sound and movement in a wholly unique and immersive fashion. Their most recent works include Garden of Minutes, which premiered in the 2015 Curtain Up Festival, and By The Snake, a recent commission for Inbal Dance Theater.Zuk and Fishof order coffees from the waitress at Suzanna Café, across from the Suzanne Dellal Center, and muse about how much they have to accomplish in the days ahead.“We haven’t seen this piece in a year and a half and now we have four days to make it come alive,” explains Fishof. “It’s going to be pretty intense and very interesting.”“This is the first time that we are showing a work that we made abroad in Israel,” says Zuk “Usually, we make pieces for companies in other countries but they never get to be seen by Israeli audiences. We’ve been working toward these performances since we left Singapore and we are very happy that it’s happening.”Zuk goes on to say how pleased she is to see this company perform in Israel, especially at Batsheva’s studios.Batsheva has played a very significant role in Zuk and Fishof’s professional and personal lives. The two met while Zuk was dancing with the company.“I was living in London at the time,” says Fishof. “I would come back to Israel and do class with the company.Ohad Naharin introduced us and a year later I moved back to Israel.”Thirteen years have passed since that first meeting, during which time Zuk and Fishof became partners, parents and a creative team.“It took about nine years for us to start officially making work together.Ohad was responsible for the music in all of my works and I participated in his projects as a dancer. We were always involved in one another’s creations but we only started making pieces together as co-choreographers three or four years ago.”“We have complimentary skills and talents,” says Fishof. “We are good at different things and that makes a lot of space for each of us to contribute.”The relationship with Frontier Danceland goes back to 2014, when Zuk was invited to work with the company.“We found that the dancers of Frontier Danceland were very open.There was a very strong connection with the company right from the start and a real desire to continue our work together,” says Zuk. “Several months later they invited us back to make another work. This time, we went together for five weeks. Later, we introduced them to Shahar Biniamini, who was invited to make F L A T.”“Because they are a repertory company, the dancers are used to putting themselves in the hands of different choreographers and, in their case, the dancers have a lot of sway in deciding which artists will come and work with them,” adds Fishof.They began with a desire to make something symmetrical, so Zuk and Fishof divided the cast into pairs and worked on duets. As they progressed, they added group sections, blurring the clean lines they had formed at the start.“There was a point where we watched what we had and realized that there was a trio of girls missing.So we made the trio and then the piece just clicked into place. It was a very strong moment in the process,” Zuk explains.While Zuk refined the movements, Fishof hunkered down with his computer and headphones.“I like to sit in the studio and create the music live. I go back and forth between watching and listening to working on the sound.”The resulting piece is, in Zuk and Fishof’s eyes, unemotional and without too much drama.“The work is our response to the people that created it with us. This piece captures the very specific sense of the company, our meeting with them, and their spirit.”The title of the piece is taken from a scene that Fishof describes as “a shimmer of something very concrete in something very abstract.”Frontier Danceland will perform in the Suzanne Dellal Center’s Varda Hall on Sunday at 8 p.m. and on Monday at 7 p.m. and 9 p.m. For more information, visit www.batsheva.co.il.