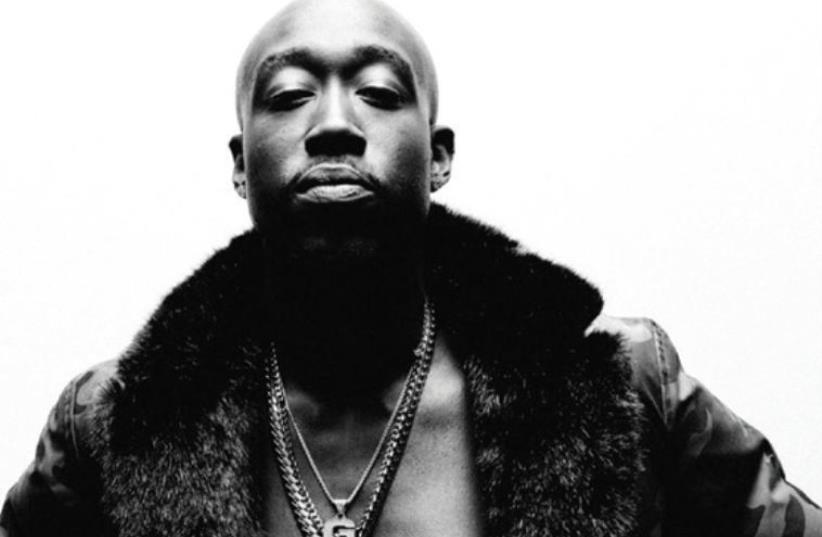 Freddie Gibbs
(photo credit: PR)
Advertisement
1. LIVE TVIn the film Money Monster, Lee Gates is a bombastic TV personality whose popular financial network show has made him the whiz of Wall Street. But after he hawks a hi-tech stock that mysteriously crashes, an irate investor takes Gates, his crew and his ace producer Patty Fenn hostage live on air. Unfolding in real time, Gates and Fenn must find a way to keep themselves alive while trying to uncover the truth behind a tangle of big money lies.With George Clooney, Julia Roberts, Ralph Fiennes. Directed by Jodie Foster.2. BEYOND A DOUBTAmerican gangsta-rapper Freddie Gibbs will perform in Tel Aviv on Monday. The popular rapper is coming to Israel as part of his international tour Shadow of Doubt, promoting his latest album. After surviving an assassination attempt in New York in 2014, in his new songs the rapper opened up to new audiences around the world, making him one of the top hip hop artists of our times.May 23 at 10 p.m. at the Barby Club in Tel Aviv 3. JAZZ BROTHERS The Eubanks Brothers, Robin and Duane, are coming here from New York to celebrate 75 years of the legendary Blue Note Jazz Club as part of the Hot Jazz series. They will perform some of the genre’s best pieces.Saturday in Rehovot at 9 p.m.Monday at the Jerusalem Theater at 9 p.m. Tuesday at the Zappa Herzliya Club at 10 p.m. Wednesday at Einan Hall in Modi’in at 9 p.m. May 26 and 27 at the Tel Aviv Museum of Art.4. THE SPIRIT OF BRAZIL Internationally renowned jazz pianist and singer Tania Maria is one of the opening acts at the Rishon Lezion Spring Festival. She will perform her renditions of wellknown Brazilian songs, as well as her original material.Saturday at 9:15 p.m. at Heichal Hatarbut in Rishon Lezion 5. THE BIOLOGY OF ARTCombine local and international artists with students of the Naggar School of Art in Jerusalem’s Musrara neighborhood, and you get the 16th annual Musrara Mix Festival. Around this year’s theme of Translocation, the curators collected works that delve into the world of bio-art. Using science labs and working with living material such as bacteria and biological phenomena, artists create pieces using research practices.May 24 to 26, from 7 p.m. to 11 p.m.6. MESSAGE FROM IRAN A new exhibition at the L.A. Mayer Institute for Islamic Art in Jerusalem presents posters created by Iran’s most important graphic designers over the past 40 years. The designers developed a unique artistic language, having to overcome political restrictions. The exhibition “Sign from Iran,” constituting 60 posters created by 27 artists, includes cultural as well as commercial signs, using traditional calligraphy and modern techniques.www.islamicart.co.il 7. BLACK & WHITEChoreographer Rachel Ardos presents Black & White, an evening that features two of her works performed by male dancers. Abel, for six dancers, examines the different aspects of being a man in our society; The Man Upstairs is a work inspired by Jewish religious rituals.Tonight (Friday) at the Menashe Forest Festival at 6 p.m. Sunday at Mahsan 2 in Jaffa at 9 p.m.8. MOVING HISTORY The renowned Lula Washington Dance Theater brings its energy and rhythm to Israel next week.Focusing on African-American history and culture, the company will perform a mixed program consisting of several works by Lula Washington, as well as pieces by Rennie Harris and Donald McKayle.Lula Washington Dance Theater will perform at the Tel Aviv Performing Arts Center on June 1 to 3. For more information, visit www.israel-opera.co.il.9. HAPPY ENDINGS IN JERUSALEMThe annual Jerusalem Writers Festival opens this week, offering a varied and challenging program. On the program is two evenings of New York’s acclaimed literary series Happy Ending, which is famous for its witty humor and unexpected and exciting turns.The event is accompanied by a live musician and an artist who will sketch the show as it unfolds, with the results projected on a screen. The founder and curator of the series, Amanda Stern, will be in Israel to host two events.May 26 at 7 p.m. and May 28 at 9 p.m. at Mishkenot Sha’ananim in Jerusalem 10. SEE THE LIGHTThe International Festival of Light returns to Jerusalem this week and will last a whole month, offering visitors beautiful sights throughout the Old City, as well as many activities. Visitors are invited to stroll along illuminated parts of the Old City and enjoy video projections on the ancient quarter’s picturesque architectural landmarks.Begins Wednesday in Jerusalem. Nightly from 8 p.m. to 11 p.m.