Your culture guide for the week to come. 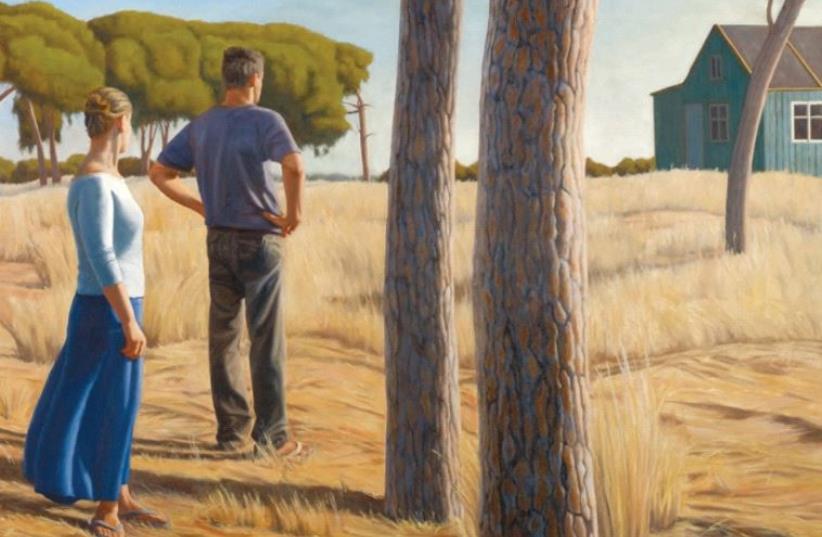 “Klita” exhibition
(photo credit: PR)
Advertisement
1. DOMESTIC DYSFUNCTION In the comedy-drama film The Family Fang, adult siblings Baxter (Jason Bateman) and Annie (Nicole Kidman), scarred from an unconventional upbringing, return to their family home after an unlikely accident. When their parents (Christopher Walken and Maryann Plunkett), two performance artists famous for elaborate public hoaxes, suddenly go missing, the brother and sister investigate. Not sure whether it’s foul play or just another elaborate ruse, nothing can prepare them for what they discover. The layered performances from Nicole Kidman and director-star Jason Bateman add extra depth to the sharply observed look at domestic dysfunction.
2. WHEN WORLDS COLLIDE Critics agree that James Schamus’s dramatic film Indignation, based on the novel by Philip Roth, is not to be missed. The movie takes place in 1951 Newark, New Jersey, where a naive Jewish boy, Marcus Messner (Logan Lerman), experiences quite the culture clash when he attends a small prestigious Ohio college, which is deeply rooted in WASP values. Marcus, who escapes his kosher butcher father (Danny Bursetin) and overbearing mother (Linda Edmond), immediately butts heads with the stern but basically caring college dean (Tracy Letts) and an unbreakable school rule about twice-weekly attendance at chapel.
3. RAISE YOUR GLASS The Jerusalem Wine Festival opens this week at the Art Garden of the Israel Museum. The celebration of the leading Israeli and international wineries in the enchanted atmosphere of the Art Garden includes musical performances.September 5 to 8, from 7 p.m. to 11 p.m., The Israel Museum, Jerusalem. NIS 59 includes a wine glass and unlimited tastings. To purchase tickets in advance, call (02) 561-7941.
4. BUCKING THE BOYCOTTThe California rock band Eagles of Death Metal, recovered from the trauma of the attack during their show at Paris’s Bataclan hall, is launching a world tour that will bring them back to Israel. The band was formed in the 1990s by Jesse Hughes and Josh Homme. During their 2015 show here, the band stood up to calls for boycotting Israel, with Hughes telling the raucous crowd, “I would never boycott a place like this.”September 5 at 8:30 p.m., Barby Club, Tel Aviv Port
5. PURELY CHINESE The Beijingdance /LDTX dance company returns to Israel with an evening comprised of three works.Circle by choreographer Zi Wei is about the idea of the circle as an attitude and a form of purity that collides with conventions, beyond the restrictions of rules and customs. Earth/Quake by Yang Wei, a largescale dance drama, is the first collaborative work between renowned the choreographer and BeijingDance/LDTX. It explores the complicated human heart and the battle between light and darkness. And First Ritual by Li Han-zhong explores the ritual that confronts the body with the spirit, tradition with modernity, illusion with reality, the global with the individual, and society with the self.September 5 to 7 at 9 p.m., Suzanne Dellal Center, Tel Aviv
6. BLUES DUOLil’ Poochie & Hezekiah Early are a dynamic duo in the Mississippi blues world. The two combine the original authentic blues with other black music influences, such as R&B, gospel and soul, to create a unique sound. In Israel, they will launch their new album Natchez Burning.September 6 at the Barby, Tel Aviv; September 7 at the Yellow Submarine, Jerusalem
7. IN THE HOT SEATCelebrity roasts are returning to TV’s Comedy Central. The first celeb to be placed on the grill is 52-year-old actor Rob Lowe. As always, expect nothing to be off limits. Lowe’s past controversies are a frequent topic, such as his struggle with drug abuse. Lowe takes it all in stride and doesn’t miss the opportunity to make fun of himself.September 8 at 9 p.m. on HOT Comedy Central
8. BETWEEN TRADITION AND PROGRESS A premiere of choreographer Mor Shani’s new commission for the Inbal Dance Theater, Simple Dance, will be presented as part of the Diver Festival at the Inbal Dance Theater. The work is a romantic and hesitant attempt to explore the tension between tradition and progress, suspended between what is authentic and achieved by pain, practice and sweat, as well as an invitation to imagine how today’s avant avantgarde becomes tomorrow’s folklore.September 7 and 8 at 8:30 p.m., Inbal Theater, Suzanne Dellal Center, Tel Aviv
9. MIXED MESSAGES “Klita” is a new exhibition by Alex Tubis at the Dan Gallery in Tel Aviv. The artist presents 10 large-scale oil paintings that deal with the two meanings of the Hebrew word “klita” – his experience as a newcomer in Israel when he immigrated from Russia and the other meaning, reception, alluding to the problems with TV reception they experienced in the new immigrants’ rented apartment. Tubis’s creative process draws on the cinematic medium, evidenced in the compositions, narratives and mood of his paintings.Opening September 8 at 8 p.m. Dan Gallery, 107 Ben- Yehuda St., Tel Aviv
10. SACRED MUSIC IN THE HOLY CITY The Jerusalem Sacred Music Festival (September 17 to 23) is a six-day music extravaganza that takes place in Jerusalem, from within the walls of the Old City to the capital’s bustling squares. Diverse artists from a varied array of traditions come together to explore sacred music from all parts of the world. Among the musical highlights are Ravid Kahalani’s Yemen Blues with vocalist and kora (lute-harp) virtuoso Sona Jobarteh (September 18 at 7 p.m. at the YMCA); The Qawwali Flamenco Ensemble (September 20 at 6:30 p.m. at The Tower of David Museum); and Baaba Maal and his Senegal rhythm (September 20 at 9:45 p.m. and Sept. 21 at 6:30 p.m. at the Tower of David Museum).
Advertisement
Subscribe for our daily newsletter