Top 1o things to do 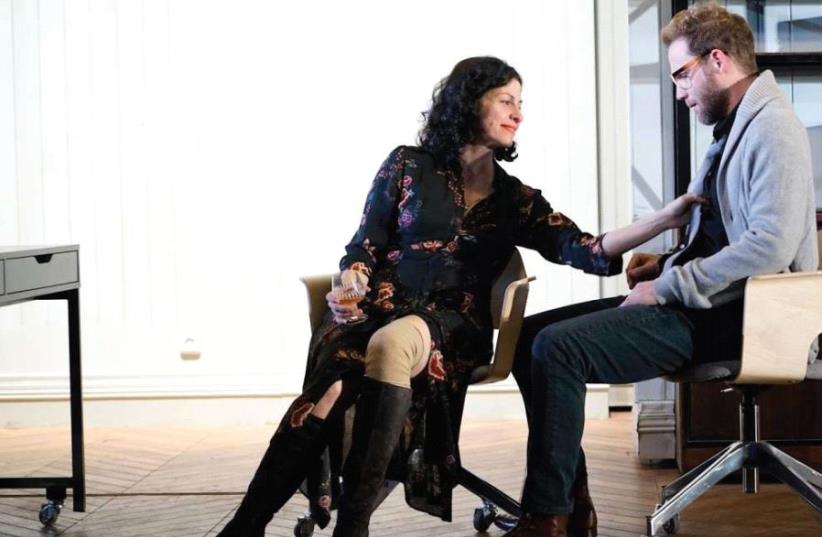 Ingmar Bergman’s 'Scenes from a Marriage'
(photo credit: RADAY RUBINSTEIN)
Advertisement
1. A NEW CHAPTER A decade after its publication, Nicole Krauss’s bestselling novel The History of Love comes to the screen in a France-Canada co-production directed by Radu Mihaileanu. Ranging from pre-war Poland to Chile and the Jewish community of New York, the film tells the story of a long-lost book that mysteriously reappears and connects an old man searching for his son with a girl seeking a cure for her mother’s loneliness. With Gemma Arterton, Derek Jacobi, Elliott Gould.

2. FRIENDS AND FOES In the action-comedy film Once Upon a Time in Venice, Steve Ford is a private detective in Venice Beach, California, who’s good with the ladies, bad with the punches and wild about his dog Buddy.When thugs steal Buddy, Ford turns to Spyder, the devious gang leader, and forges an unlikely alliance.With help from his best friend, Ford pulls out all the stops to retrieve Spyder’s stolen cash and cocaine and save Buddy. With Bruce Willis, Jason Momoa, John Goodman.

3. A ROYAL TRIBUTE The Israeli Chamber Orchestra joins local cover band Rockville in a tribute concert celebrating 45 years of British rock band Queen. Forty-five musicians, conducted by Sivan Elbo Ben-Hur, will play orchestral arrangements to Freddie Mercury’s greatest hits. With singer Olive as Mercury and the Rockville band and singers.July 8 at 7:30 p.m., Zappa Shuni Binyamina. 4. THE BIG GUNS RETURN American hard-rock legends Guns N’ Roses will perform in Tel Aviv. The concert will bring together the original Guns N’ Roses lineup, with Axl Rose, Slash and Duff McKagan.July 15, Hayarkon Park, Tel Aviv.5. RADIOHEAD LIVE Radiohead will present the group’s fourth concert in Israel. As one of the world’s most pre-eminent rock bands, it was only after an Israeli radio DJ played their song “Creep” that they began to have a large Israeli following, which led to their first international concert in Tel Aviv in 1993. Radiohead has released nine studio albums.July 19, Hayarkon Park, Tel Aviv.

6. BEHIND THE SCENES The Cameri Theater presents Ingmar Bergman’s Scenes from a Marriage. The play tells the story of a university lecturer who leaves his lawyer wife and their two daughters for a 23-year-old woman.Bergman takes an incisive look at the dynamics behind the lives of the couple and the pressures exerted on them by those around them. With Itai Tiran and Efrat Ben-Zur. With English surtitles.July 8 at 9:15 p.m., The Jerusalem Theatre7. THE JEWISH INFLUENCE The Jerusalem Symphony Orchestra, in conjunction with The Israeli Opera, presents a concert in the Vocal Series, conducted by Frédéric Chaslin. With soprano Alla Vasilivetsky, mezzosoprano Svetlana Sandler and bass-baritone Vladimir Braun. Also The Tel Aviv Collegium Singers conducted by Yishai Steckler and The Jerusalem Academy Chamber Choir conducted by Stanley Sperber. The program features Shostakovich’s From Jewish Folk Poetry; Prokofiev‘s Alexander Nevsky; and Hebrew Magnificat by the orchestra’s composer-in-residence Aviya Kopelman.July 10 at 8 p.m., The Jerusalem Theatre

8. DYNAMIC DIALOGUE In Ohad Naharin’s latest work, Venezuela, Naharin and his dancers continue to research the intricate dialogue between movement and the content it represents, as well as the conflict between them. They also ask how they can include the audience in understanding the richness of possibilities.Today at 2 p.m.; tomorrow at 9 p.m.; July 11 to 13 at 9 p.m., Suzanne Dellal Center, Tel Aviv

9.THE ART OF COLLECTING The exhibition “Red over Yellow: A Selection from a Private Collection” presents a wide selection of works reflecting the taste and passion of a private collector. The collection, displayed for the first time, features works by artists who emerged between the 1960s and 1990s. The emphasis is on American, German and Italian artists. It features works by Ellsworth Kelly, Carl Andre, Frank Stella, Gerhard Richter, Sigmar Polke, Piero Manzoni, Lucio Fontana and Alighiero Boetti among the 70 paintings, drawings and sculptures, which are only a portion of the entire collection. The title “Red over Yellow” is taken from a work by Ellsworth Kelly, a leading artist of color field painting. Curator: Suzanne Landau.Until November 25, Tel Aviv Museum of Art, Sam and Ayala Zacks Pavilion

10. COINS OF THE REALM A new exhibition at the Israel Museum titled “Faces of Power” presents a collection of 75 gold coins, never before displayed to the public, bearing the portraits of Roman emperors and their wives. The coins offer a rare glimpse into the world of the rulers of the Roman Empire, as well as revealing the great artistic skill involved in their creation. The exhibition follows the development of portraits on coinage over a period of 350 years, from the establishment of the empire to its acceptance of Christianity as its official religion.Israel Museum, Jerusalem.