Variations on a theme

La Boca infuses its Latin fare with an international flavor 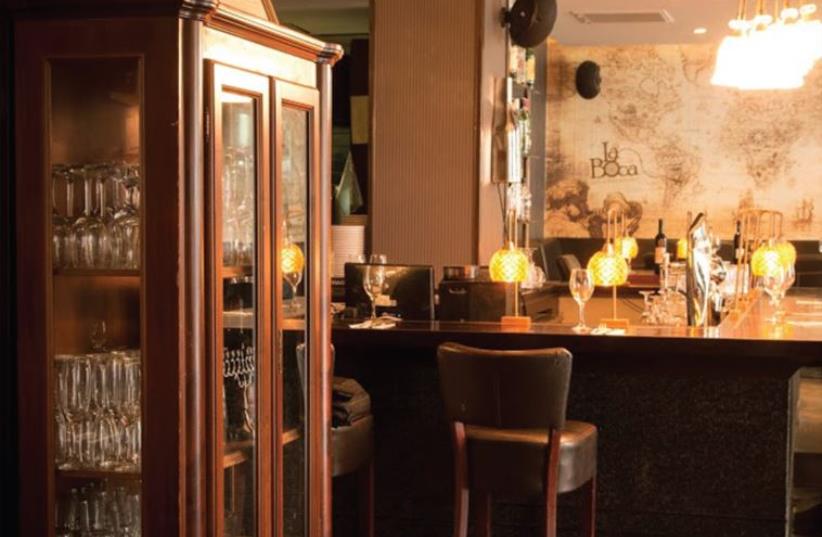 La Boca restaurant
(photo credit: PR)
Advertisement
Jerusalem’s Latin restaurant La Boca has moved from Emek Refaim to Shlomzion Hamalka, and from all aspects it seems to be a move in the right direction.Formerly located atop a long flight of stairs, the restaurant is now situated in the street-level premises formerly occupied by Canela.Upon entering the upscale downtown establishment, I was struck by the elegance of the place, with its black wooden tables, plush leather chairs, wellstocked central bar and tasteful chandeliers. Just the right environment in which to enjoy a glorious gourmet meal.According to proud owner Guy Kimhi, the revamped fare is Latin fusion, incorporating Middle Eastern, Asian and Italian accents in the predominantly Spanish dishes. At the helm in the kitchen is new-to-La-Boca chef David Golan, who strives to not only prepare dishes that please the palate but also present them like art on the plate.To begin our culinary adventure, my dining companion and I were served warm focaccio, flanked by tehina, pesto, tomato salsa and eggplant dips. This was followed by a plate of smoked eggplant in a sauce of tehina, mushrooms and small chunks of beef. Next, appearing at our table like a plate of little gems, were the chicken liver macarons. The delicate emerald-green French doubledecker cookies were filled with a thin layer of chicken liver pate. The wide assortment of appetizers on the menu ranges from NIS 18 to NIS 59.The main courses include an intriguing variety of meat, fish and pasta dishes. As I am always on the lookout for a great sirloin steak, I ordered the Bife de Chorizo (NIS 129), while my companion requested the Asado Feedlot (NIS 95). We also shared the Baby Leaf Salad (NIS 41). Well, I am pleased to report that my steak was superb. Firm and flavorful, just the way I like it, the steak was accompanied by a puree of root vegetables. The beef asado was soft and tender. In fact, my friend said it was the best meat she had ever tasted.I also wanted to sample the paella, which was a favorite dish of mine when I spent time in Spain many years ago. At La Boca, the dish was made with paella rice, but the flavor was much more Asian. An example of the fusion concept infused in the fare.As I am also ever on the lookout for a great hamburger, we sampled the hamburger platter as well (NIS 65). While the burger was okay, the potato home fries were outstanding. I would ask for them as a side to any main dish I ordered.For dessert, we chose the apple pie (NIS 40) and the Tricolor (NIS 44). The apple pie came in the form of little tartlets filled with apple, Calvados and cinnamon, while the Tricolor was a rich, flavorful three-layer mound of chocolate, pistachio and halva.Overall, La Boca is a sophisticated restaurant that takes great pride in everything it does.The staff is warm and friendly and very accommodating. No matter what I requested, our waitress responded with a big smile and an amiable “Of course.”La Boca serves a business lunch from noon to 5 p.m. And in addition to the private dining room upstairs, the restaurant plays host to large parties and events.As I was leaving La Boca and thanking Kimhi and Golan for a lovely evening, I commented on the beautiful light fixture suspended over the bar.“We made that ourselves,” Kimhi said.Taking a closer look, I saw that it was created from a collection of inverted sundae glasses fitted with light bulbs. Yet another example of the ingenuity and creativity that characterize La Boca.The writer was a guest of the restaurant. La Boca Kosher 8 Shlomzion Hamalka, Jerusalem Tel: (02) 563-5577