Audiences across the country will get a taste of Belleli’s latest offering "One. One & One." 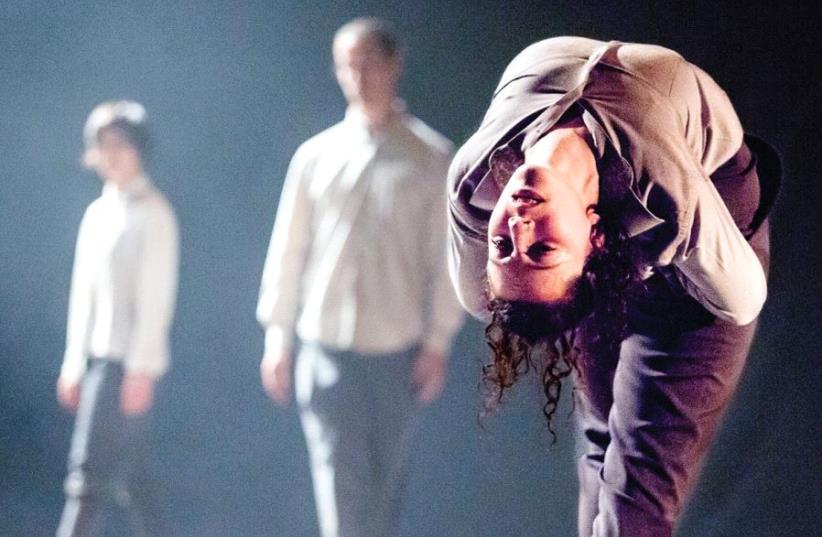 Vertigo Dance Company's ‘One. One & One’
(photo credit: RUNE ABRO)
Advertisement
Given the fact that he has been a highly active contributor to some uncompromisingly head-banging rock sounds over the years, it comes as some surprise to encounter the softer side of Avi Belleli.Actually, the 53-year-old guitarist/ composer has been churning out an increasing number of works for all sorts of outfits over the years, such as soundtracks for theatrical productions, TV shows and dance creations.Audiences across the country will get a taste of Belleli’s latest offering when the Vertigo Dance Company performs One. One & One through March 15, with shows lined up for Jerusalem, Tel Aviv, Kibbutz Mizra and Ganei Tikva in between.Belleli says that branching out into different fields of artistic expression helps to keep him on his toes after more than 30 years in the music-making business.“I get into cinema, and then video art, and then something will come up in dance. It’s always interesting,” he says.In fact, he had taken something of a hiatus from dance-based projects until a couple of years ago.“I hadn’t done anything with dance for quite a few years, until I did something with Kamea [Dance Company] a couple of years ago, and now with Vertigo,” he says.A glimpse at Belleli’s bulging bio reveals that he has plenty of previous experience in the discipline, starting from an eventually highly successful confluence with now internationally feted performer and dance company chief Ohad Naharin more than 25 years ago.“We did Kyr in 1990,” Balleli recalls.Back then, the bass guitarist was best known as a member of visceral rock band Nikmat Hatraktor, one of the outfits that spearheaded the surge in the Tel Aviv-based Israeli rock scene in the late 1980s and early 1990s.The formative Naharin synergy was sparked by a gig with rock veterans Rami Fortis and Beri Sacharov at the Allenby venue.“We opened for Fortis-Sacharov, and someone from Batsheva saw the show. They thought we’d suit working with Naharin and doing something in dance,” he recounts.That might seem like a shot in the dark, but Belleli says he and his Nikmat Hatraktor pals had harbored dance intent from the get-go.“We always had a spiritual approach to our music,” he states.“We just didn’t think the connection with art forms would come so soon. We’d seen [Japanese butoh dance troupe] Sankai Juku in 1979, when we were kids of 17. And we heard music by [British musician, producer and composer] Brian Eno that he did for dance. That really fired us up and got us thinking about collaborating with artists from different disciplines. That fascinated us.” (Ironically, Eno is now a staunch supporter of the boycott campaign against Israel and refused to allow Naharin to use his music for the Three production last year.) Belleli’s confluence with Naharin was signally inauspicious at first. The dance company had been booked to do 17 performances of Kyr at the Suzanne Dellal Center, and it took until the 15th show for the auditorium to fill up.“It took around a month and a half for things to take off,” says Belleli.“Batsheva signed an agreement with us to do the soundtrack for the show, covering 17 performances. We were on cloud nine. We thought we’d made the big time.”Fame and fortune initially proved to be a mite elusive, but the crowds finally started filing in.Belleli’s fascination with visualization started at a young age and had the most dramatic of backdrops.“I was around four years old during the Six Day War, and I remember back then there were throwaway lamps that cast red light. We’d have air raid warnings in the middle of the night, and we’d go down to the bomb shelters. As we went down, I remember seeing the shadows we cast against the red light. That left a great impression on me. For me, that was a sort of music. There was something musical in those shadows.I can’t really explain it in words, but that was the start of music for me and my pursuit of art – the interplay between light and shadow. For me, the idea of light and shadow is very tangible. That provided me a key to inspiration,” he explains.Belleli’s early encounter with stairwell nocturnal shadows was subsequently complemented by sounds from a different world and, once again, fear reared its threatening yet exciting head.“When I was five or six – it wasn’t long after the war – I was visiting my aunt on Moshav Neveh Yemin [near Kfar Saba], and one night I heard the sounds of music from a hafla [party] in [the Palestinian town of] Kalkilya, and wedding gunfire,” he recalls.As with the bomb shelter experience, Belleli was once again moved by a powerful mix of music and trauma.There were other, less fear-inducing influences in Belleli’s formative years.“I liked Italian music, and I quickly discovered Led Zeppelin – I heard that on Cairo Radio when I was searching through shortwave radio. I loved The Beatles, and as I get older I appreciate them even more. But The Beatles were the light, and Led Zeppelin were the dark, the shadows,” he says.All of that and more naturally come into play when Belleli gets down to chart writing. It also helps to have a comrade in creative arms who shares your philosophy.“[Vertigo artistic director] Noa [Wertheim] and I have the same approach to art – she uses movement and I use music,” notes Belleli. “It was a special experience working with her. My work always oscillates between chaos and thought. I get into chaos and then put things in order. With Noa, there was a lot of chaos. Fortunately, Rina [Wertheim’s dancer sister and assistant] was around to keep things under control,” Belleli chuckles.For more information about ‘One. One & One’: http://www.vertigo.org.il.