Where does the Avi Buffalo roam

The LA-based Jewish musician is looking forward to performing in Israel for the first time opening up for veteran Israeli rocker Aviv Geffen. 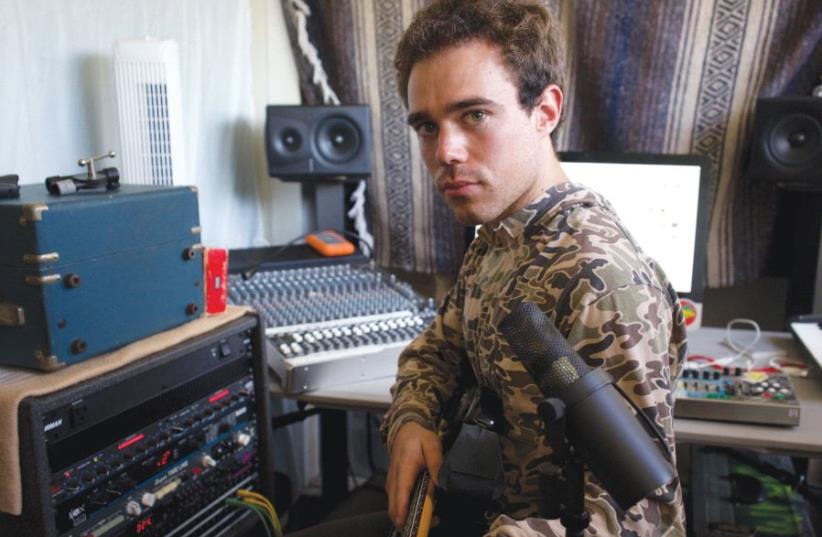 ‘I NEVER thought about my music being something special or rare; I want to perform all the time... If people live in LA and they’re Avi Buffalo fans then that’s fortunate because I play all the time,’ says singer/songwriter Avi Buffalo.
(photo credit: Courtesy)
Advertisement
Twenty six year old Avi Buffalo is a musical powerhouse; the writer, multi-instrumentalist, singer and producer creates free-flowing, whimsical grooves for the love it. After attaining critical and cult success with his 2010 self-titled debut album, and the single “What’s In It For,” Buffalo, whose real name is Avi Zahner-Isenberg, went on to release a second album, At Best Cuckold. On the brink of releasing his third album, the California-based Buffalo will play in Israel for the first time, opening for Aviv Geffen in Tel Aviv on March 2. Buffalo sat down with The Jerusalem Post to discuss the creative process, breaking old habits, and playing live.What kind of music did you grow up on? My parents used to play a lot of Paul Simon and the Beatles in the car, along with Carole King and Joni Mitchell.Do you think that influenced the kind of music you make now? Oh yeah, that’s the first thing that you hear and it definitely affects everything. I got serious about playing music when I was 12 or 13. I took a more formal approach to it at that point. Pretty soon after that, I realized that I really loved it and it was something that I could keep doing forever. When you find something that is never ending, in terms of what you can learn, then that’s something that you want to do for life.

You put out your first album in 2010 and it was received really well critically. How old were you then?I was 18. I’m 26 now. It’s been a long time. I try not to pay attention to how the music is received too much. But it was a fun experience.A friend of mine had a studio in his house and we would be in there every day until we had something finished. So the creative process was very comfortable, even if it was kind of long.Was the recording process for your second album shorter? It was about the same length actually.It takes me a few years to write and I’ve kind of taken my sweet time to write. Then the recording process takes time too.

Now you’re working on a third album?It’s really interesting, I haven’t really figured out where I am with it yet. I’m playing around with a lot of ideas, in terms of sequencing and choosing what would be a good fit.I try to make a surplus of songs and then choose the material that’s the best. That’s my safety net I guess; to have extra and decide what I like.How does the sound of the new album compare to what you’ve put out previously?I’ve really been in a deep process of writing for the past two years and trying to find my voice and get in touch with myself. Some of it is more stripped down and simple, and with some I’m getting into using different chord changes and trying to break old habits with song structure. I want this album to break away from traditional song structure. I want to make something that’s interesting. I want to have a big range of sound.On my last album, I ended up scratching a couple songs that I think would have added to the diversity, so I was disappointed about that. I want this one to have more of a wide range. I’ve been writing and playing accordingly. I’ve only recorded one song so far and then I have a couple that are from back stock that I may include. I tried to force myself into the studio a couple months ago, but I realized that I wasn’t performing at the capacity that I wanted to, so I decided to focus more on getting back into that. That needed to be my primary focus because that’s where it all comes back to for me with music.It has to do with playing live.Before I recorded my first album, I was playing live a lot. When you have managers and people like that around you, you end up having this whole situation of not being able to play live as often. That’s just not me. I never thought about my music being something special or rare; I want to perform all the time. So after going off the grid after putting out my second album, I immediately was playing solo shows. I had told people that I was quitting, and I really wasn’t, I just went and started playing more.I built that up to playing with a live band again. I’ve been into booking my own shows again. If people live in LA and they’re Avi Buffalo fans then that’s fortunate because I play all the time. That’s just been the thing. I’ve been playing my ass off: older songs and some covers. In the past couple months, I’ve been focusing on new material. It’s pretty fun because it makes the live shows really special. I prefer to play something when I feel like playing it.

It sounds like you’re really getting back to the roots of what you love about music.Yeah, that’s the whole point really.That’s the whole idea.You’re coming to Israel in the beginning of March. How do you feel about opening for Aviv Geffen? Coincidentally, I’ll be producing an album in Munich at the end of February, so when I got the offer from Aviv Geffen, it was perfect timing.He wrote to me on whatsapp and asked if I would play the concert with him. Then I found out that he’s a really well known cat in Israel. We may play something together as well.Have you been to Israel before? No never, which is crazy because I’m Jewish. I’m excited to explore and eat some good food.For more info and tickets: www.zappa- club.co.il or www.facebook.com/avibuffalomusic
Advertisement
Subscribe for our daily newsletter