Rosen is finding his stride not only as a singer, but as a songwriter and composer as well. 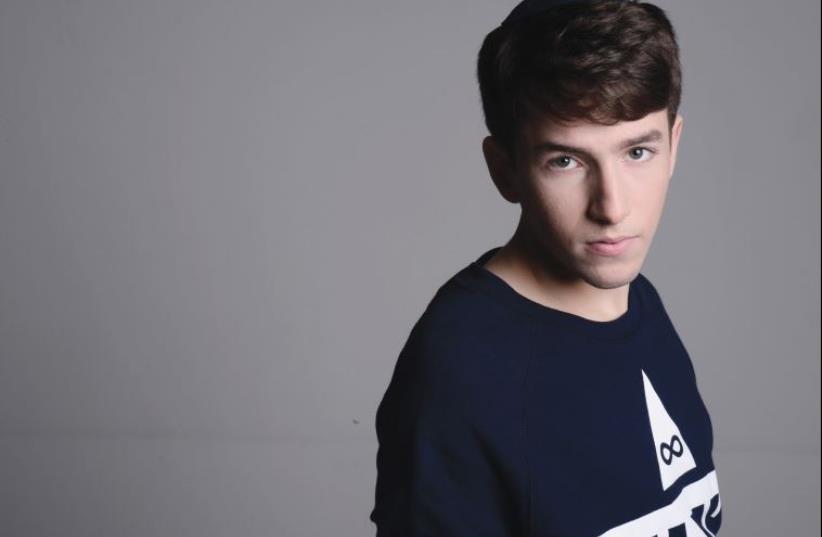 Avishai Rosen
(photo credit: RONEN ACKERMAN)
Advertisement
Avishai Rosen has literally grown up on the stage. At 17 years old, the Israeli musician has been singing and performing for 10 years.With the upcoming release of his second studio album, Mi She Ani Achshav (Who I Am Now), Rosen is finding his stride not only as a singer, but as a songwriter and composer as well. With a concert on December 24 at Gulah in Petah Tikva and more in the works, the sky is truly the limit for this flourishing Israeli pop star.Rosen sat down with The Jerusalem Post to talk about musical maturity, the importance of separating his personal and professional lives, and his future career in hip hop.Can you talk about your musical background?I’ve always loved music, and have also always loved the stage and performing for people. So I started when I was 7 by joining a group called Kinderlach. It was a kids’ group that performed all over the world. This is where I got my start. We sang and we danced in big venues. I was in that band for four years. Then when I was 12, I decided to work on my own album, and focus on a solo career.My first album, Ten Li Siman (Give Me a Sign) provided a lot of learning for me. I sat with the songwriter and watched how he wrote the songs. I watched him at the piano; how he put the melodies together. I started to write songs on my own. I wrote maybe 50. So I decided I wanted to release a second album with all of my own songs; songs that were more mature.I got in touch with Rami Kleinstein to produce the album. We decided on which songs to choose, and then we worked in the studio together. I released two singles: “Tipot Shel B’Ruach” (Tears of the Wind), and “Hayiti Boreach” (I Was a Fugitive). The name of the album is Mi She Ani Achshav. It’s also the name of a song on the album.Which instruments do you play?I play the guitar, but my main instrument is the piano. I’ve played since I was 10. I wrote all my songs on piano. The guitar is more for when I sit with friends around the campfire, and less for my musical career. I also played drums for three years when I was younger.As a 17-year-old, has it been hard for you to grow up in the spotlight?Not really, because I always had my normal life. I always had my friends and my family, and I separate my musical life from my personal life. With this new album, I connected the two lives to some degree because I wrote about a lot of personal things and put them into my songs.How would you describe the Israeli music scene?I listen to music from all over the world, but I love Israeli music the most. The songs are more from the heart. My favorite artist is Eviatar Banai. He’s influenced me a lot. He’s also religious, and puts everything in his life into his music.Did you record your new album here in Israel?Yes, I recorded it in Pluto Studios at Rami’s house. The album was mastered in the United States, but made in Israel. It took eight months total for it to be completed.Can you talk about your upcoming shows? These are the first shows to promote my new album. I haven’t had a show for a long time, so I’m very excited. I can’t wait to see how people react to my more personal songs. There will be many shows hopefully, but it hasn’t all been set yet.I know that you’re religious. Is it ever difficult for you with female fans wanting attention, or just the realities of life as a musician?I think that if I keep my head down and don’t get distracted, I won’t see the ugly side of this business. I just want to focus on the music. I am blessed in my art and in what I want to say. All the other things like girls, I try to minimize it so that I don’t focus on it.Is there anything in the future that you want to try musically?I like to listen to hip hop, but I’ve never had the chance to try it. I would love to try it in the future.To purchase tickets to Rosen’s concert, visit www.ticket-line.co.il. To learn more about him, visit his Facebook page.