In 2014, the Safed Rabbinical Court issued an innovative ruling in Jewish law issuing a bill of divorce to a woman whose husband was in a permanent vegetative state, on behalf of the husband. 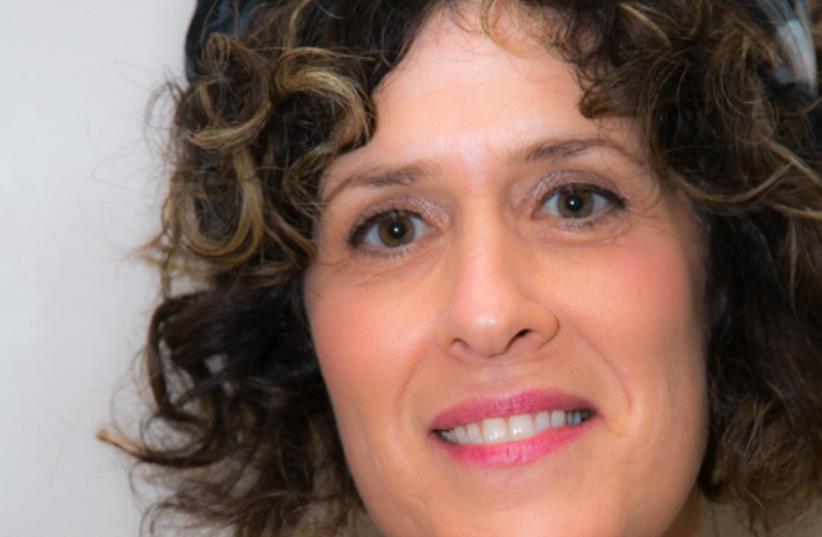 ‘Agunah from Safed’ case
(photo credit: MAVOI SATUM)
Advertisement
In a defeat for Chief Rabbi Yitzhak Yosef, the High Court of Justice gave its final decision on the “Aguna from Safed” case.Thursday’s ruling, that the Supreme Rabbinical Court may not hear a third party appeal to a lower court divorce ruling, is a blow to Yosef, who fiercely opposed the precedent set in the case. The decision is a victory for the woman herself and the Mavoi Satum organization, which represented her and which claimed that severe damage would be done to the finality of all rabbinical court rulings if third party appeals were heard by the Supreme Rabbinical Court.The Aguna from Safed is the case of a 34-year-old woman whose husband sustained severe injuries in a motorcycle accident nine years ago, after which he fell into a coma and has never recovered.Jewish law stipulates that a man must freely give his wife a bill of divorce, a get, for the marriage to be formally terminated.But since an unconscious person is unable to do so this situation leaves his wife “chained” to the marriage.In the summer of 2014, three rabbinical judges of the Safed Rabbinical Court, in consultation with the man’s doctors, ruled there was no serious likelihood that he would ever wake from his coma.They then used an innovative interpretation of Jewish law concluding that they could issue a “get zikui” – a bill of divorce that is granted on the husband’s behalf – which he would agree and desire to give if he could.According to the interpretation used by the rabbinical judges, it is a positive Torah commandment to end a marriage if the husband is no longer able to fulfill his marital obligations, and he would therefore want to issue the divorce if this was the case, allowing the rabbinical judges to enact this wish.The Safed ruling was issued by court president Rabbi Uriel Lavi, Rabbi Yosef Yagoda and Rabbi Haim Bazak, who noted in the ruling that they had based their decision on the halachic opinions and writings of two of the most authoritative rabbis of the last century: Rabbi Avraham Yeshaya Karelitz, known as the Hazon Ish, and Rabbi Tzvi Pesach Frank.But the ruling caused outrage among senior haredi (ultra-Orthodox) rabbis, including Yosef, who publicly denounced it, and an uninvolved third party subsequently appealed the decision to the Supreme Rabbinical Court.Such an appeal was itself unprecedented and Mavoi Satum appealed to the High Court claiming the Supreme Rabbinical Court had no authority to hear such an appeal.On Thursday, the High Court upheld that claim and ruled in favor of the woman, and the panel of three judges, including deputy president of the court Justice Elyakim Rubinstein, ordered the Supreme Rabbinical Court to refrain from holding such a hearing, as it had planned.Rubinstein wrote that the woman had suffered greatly, first after her husband was injured in the accident that totally incapacitated him, then the long struggle of approximately seven years to get a divorce, and then the uncertainty of the divorce by having it challenged by Yosef, the Supreme Rabbinical Court president.“The time has come to end this saga. The petitioner will go in peace and rebuild her life,” wrote Rubinstein.The judges also wrote that hearing the appeal would violate the rabbinical court’s own regulations, and that reversing the decision and returning the woman to her aguna status would do injury to the Basic Law for human dignity and freedom.In addition, they agreed with Mavoi Satum that allowing a third party appeal would injure the finality of rabbinical court decisions, and, in particular, would cast a shadow of doubt over all divorces ever issued, since ostensibly anyone even without standing could appeal it.Rubinstein acknowledged the differences of opinion in Jewish law over the issue, but said allowing a third party appeal was not the way to address such issues.“It being the eve of the Festival of Freedom [Passover] it is fitting that we ensure that the dignity and freedom of the petitioner be respected, and through this absolute order, the journey of her tribulations will end,” wrote Justice Hanan Meltzer at the end of the ruling.Mavoi Satum director Batya Kehana Dror warmly welcomed the ruling, saying it would not only resolve the situation of the woman in question but also encourage other rabbinical courts and judges to take responsibility for the lives of those coming before them for judgment.“We need to find new solutions to this problem within Judaism and Jewish law,” Kehana Dror said. “That is what these rabbinical judges did, and we need to let them forge new paths and not stymie this process.”She added that Safed court president Lavi himself stated in the original ruling that if a judge finds a new solution he should not desist in applying it.“The decision of the High Court in recognizing that the status of aguna as an injury to the dignity and freedom of chained women, even if it is ostensibly in the name of Jewish law, is a precedent that is likely to encourage important solutions within Jewish law for the sake of repairing the world and for the rights of Jewish women,” Kehana Dror added.She acknowledged however that the strong stance taken by Yosef and the rabbinic establishment against the get zikui would have a chilling effect on other rabbinical judges who might consider issuing a groundbreaking ruling of their own.The fact that Lavi was prevented by Yosef from even being nominated to the Supreme Rabbinical Court in the most recent round of appointments would further discourage such rulings.Neither Yosef or the Rabbinical Courts Administration issued a response by press time.