Currently, among other criteria, Israelis may only get a gun if they have what is considered by the Public Security Ministry to be a good reason. 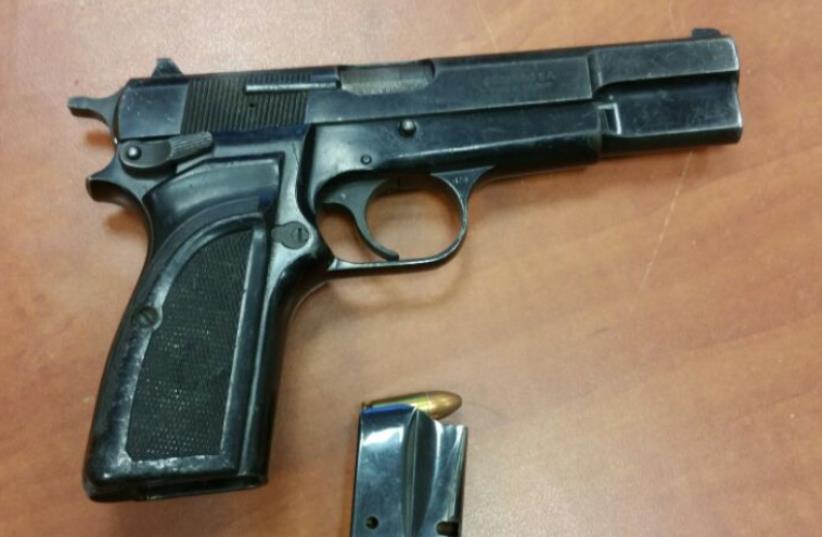 Gun found in overnight raid - March 22, 2016
(photo credit: ISRAEL POLICE)
Advertisement
Gun controls will soon be loosened to allow more trained civilians to carry firearms, Public Security Minister Gilad Erdan wrote in a letter to MK Amir Ohana Wednesday.“In order to strengthen the security of Israeli citizens and their feeling of security in public spaces, I instructed that there be a controlled broadening of the existing criteria to give permits to carry a firearm, in a way that will allow trained civilians, primarily those who were in security forces, to receive the appropriate permits,” Erdan wrote.The minister did not specify what the new criteria would be.Ohana is an advocate for allowing more Israelis to carry guns to help fight terrorism.Earlier this year, he sent recommendations to Erdan that he immediately allow all reservists with no criminal or mental health record to be eligible for a gun license.Currently, among other criteria, Israelis may get a gun only if they have what is considered by the Public Security Ministry to be a good reason, such as if they work in security or law enforcement, or if they live or work in a settlement in which the state has an interest in arming some residents. In addition, former officers in the IDF and other security branches above a certain rank can get a license.Ohana praised Erdan’s willingness to expand eligibility.“At the conference of a caucus [on firearm policy] I lead, at which the minister was present, experts... said again and again that Israel’s policy is absurdly tough,” Ohana said.“I’m glad to see that my efforts bore fruit, and I will continue to work on creating a responsible and proportionate policy that will respond to the needs in the field.”