The new system can be used for both training and real-life missions, an IDF officer told the 'Post'. 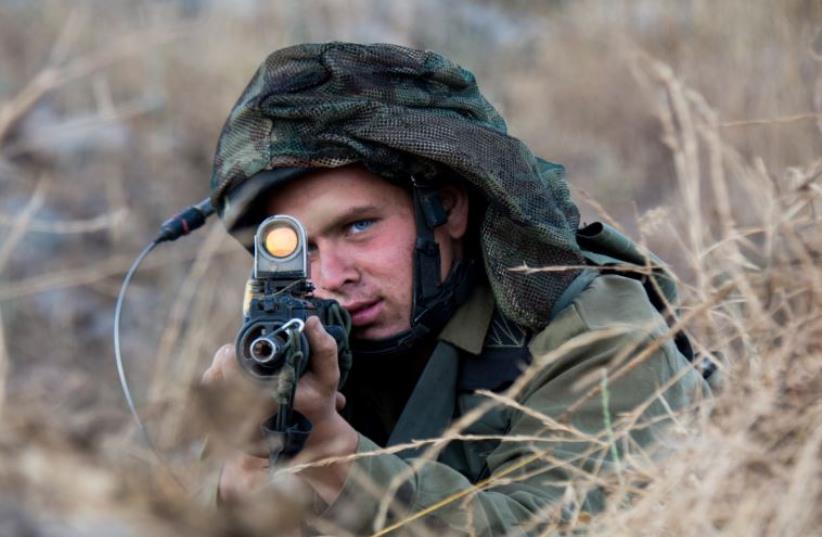 The Givati Brigade's Tzabar Battalion practices complex maneuvers in an urban warfare environment
(photo credit: IDF SPOKESPERSON'S UNIT)
Advertisement
The IDF is developing a digital battle command system that could replace the usage of physical maps, documents, and stickers traditionally used by the army to issue commanders with combat instructions, The Jerusalem Post has learned.Maj. Moshe Castro, head of the Mission-Oriented Technological Branch at the IDF Training Campus in the Negev, told the Post on Monday that the new system can be used for both training and real-life missions.Castro’s branch was set up last year to develop new techniques to enhance soldiers’ learning processes.Maj. Castro and six IDF programmers, graphic designers, and engineers recently took part in a 30-hour "hackathon" conference, held by Ben-Gurion University of the Negev, where they unveiled the system."We demonstrated the prototype, and it worked," he said.The new system, dubbed Noked (a Hebrew acronym for Digital Battle Procedure), "creates, on a screen, a 3-D digital table to serve various roles responsible for other forces, whether they are ammunition, infantry, or medical officers. Once the officers receive their battle commands, they can efficiently upload a map, and then place transparent layers on top of the map to show the latest positions of the forces," Castro explained.IDF officers’ courses have begun falling behind in their training techniques, using printed maps, folders, and stickers to give out mock battle orders, while the army has become reliant on the Digital Ground Army command and control system, which features a digitalized map showing friendly and hostile forces."When I did my officers' course, we used the same maps and documents that are used in today’s courses. But operationally, things have changed," Castro said.Battle commands are a set of instructions for commanders, informing them where to geographically deploy their forces ahead of a mission. The commander must ensure that his or her units are in the right place, matching them, like chess pieces, on a board. But the old folders once used to issue such orders are falling behind the times, prompting Castro’s team to work on a digitalized version."Not only will users receive a clear situation picture, but they can see where each component of the force is located, and launch an interactive dialogue, enabling rapid changes," Castro said. "The picture comes alive. You can move layers around, and zoom in on the map. The real challenge was making it dynamic."For example, if a unit deployed to one area finds that it is too high up when it was supposed to get to a mountainside, the task of changing positions now becomes relatively simple.With Noked, Castro said, the unit can communicate its problem instantly, and commanders can pull up a topographical layer on their digital map, making it three dimensional, before using the system to move the unit to a better location.Noked enables dialogue and investigations of deployments afterward, offering features that are not currently available in army command and control systems.Soldiers without access to tablet computers could receive maps that are specially printed out on mobile printers, using synthetic waterproof material.“Some forces, including intelligence units, have already started to use this material, which can be folded into a pocket,” Castro added.“Like any company, the army is looking at start-ups, but also has to convince management [to get behind the project]. Today, I am presenting this platform as part of the proposed multi-year training plan, from 2016 to 2020, to the head of the IDF’s Technology and Logistics Branch [Maj.-Gen. Kobi Barak]. I believe in this idea, and I believe it will spread around the military,” he said.