Six others hurt after truck and two private vehicles collide on Route 60. 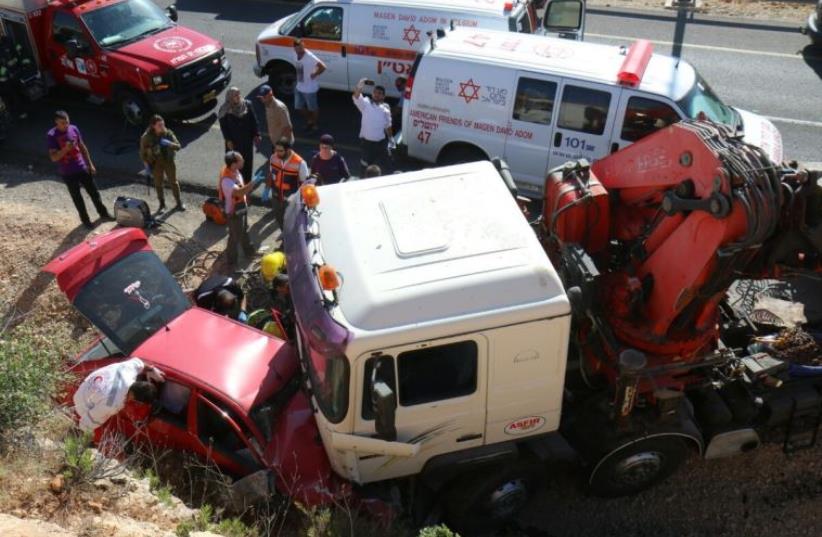 Fatal crash on Route 60, July 3, 2015
(photo credit: TAZPIT)
Advertisement
At least four Palestinian were killed and six others were hurt on Friday in a traffic accident between a truck and two cars on route 60 between the West Bank settlements of Givat Asaf and Ofra, according to initial reports.Israeli emergency teams provided initial medical treatment at the scene. The causalities were all from the same vehicle and Magen David Adom paramedics declared their deaths at the scene. According to initial indications, the causalities had been fasting during Islam's holy month of Ramadan. Another person who was trapped in a car suffered from moderate injuries and four other were lightly hurt. Police were investigating the incident.