Frank-Walter Steinmeier lays a wreath to honor Shoah victims while on official state visit to Israel. 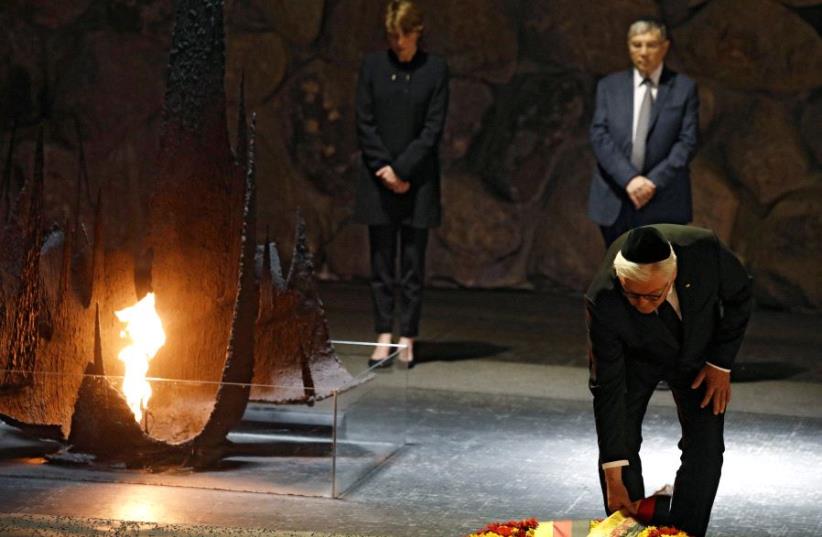 German President Frank-Walter Steinmeier touches a wreath during a ceremony commemorating the six million Jews killed by the Nazis in the Holocaust, in the Hall of Remembrance at Yad Vashem Holocaust memorial in Jerusalem
(photo credit: REUTERS)
Advertisement
German President Frank-Walter Steinmeier visited Yad Vashem Holocaust Memorial Museum in Jerusalem on Sunday, as part of his official visit to the region.

During the four-day visit to Israel and the Palestinian Territories, Steinmeier will meet Israeli and Palestinian leaders and will address students at the Hebrew University in Jerusalem.

"The Federal President wants to both pay tribute to and deepen the special friendship between Germany and Israel", his website said.

The dispute threatened to widen a rift between Israel and Germany over Jewish settlement building in the Israeli-occupied West Bank by Netanyahu's right-wing government.