Getting a better deal for people with disabilities

President Rivlin awarded for his efforts to help those with disabilities. 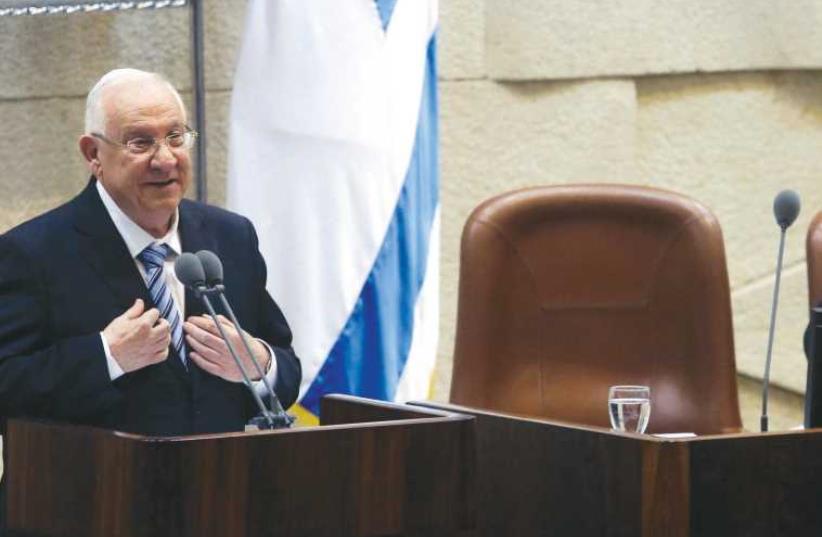 Reuven Rivlin
(photo credit: MARC ISRAEL SELLEM/THE JERUSALEM POST)
Advertisement
President Reuven Rivlin on Wednesday received an award for promoting the integration of people with disabilities and special needs into the work place.The award was presented to him by representatives of the Equal Chance Association, a virtual community that works through social media to create greater employment opportunities for men and women with disabilities. ECA was founded by Oren Hellman, a former director of the Government Press Office and currently vice president of regulation at the Israel Electric Corporation, which has 263 employees with disabilities.Of the 44 employees in Hell - man’s own division, four have disabilities.Hellman was prompted to launch ECA nine months ago after reading about the findings of two separate surveys related to public attitudes toward people with disabilities.For him the picture that emerged from the surveys was acutely disturbing: • 52% of the public is unwilling to meet people with a mental disability. • 37% do not want to meet a physically disabled person. • 40% do not want to be neighbors of people with disabilities. • 28% believe that persons with disabilities should not be permitted to have sexual relations, and 37% said that disabled people should not be allowed to vote.Emphasizing Rivlin’s record as a defender of minority rights including his being a driving force behind legislation beneficial to people with disabilities, Hellman said at the President’s Residence he wished Israel could follow the example of the US, where President Barack Obama has put his full weight behind improving educational and employment opportunities for people with disabilities and he and his administration have worked hard to protect the disabled from discrimination and enable them to become more self-reliant through their ability to work and earn salaries.Hellman, who was accompanied by several disabled people from different parts of the country and in different professions, some of their parents and Equal Chance activists, told Rivlin there are 880,000 disabled adults in Israel plus 300,000 children with special needs. Unlike the umbrella body in the US, in Israel there are eight or nine ministries, each dealing with a different aspect with little coordination among them, which causes needless chaos, inconvenience and frustration, he said.Hellman asked Rivlin to convene a meeting of the relevant ministries to try to find a means of placing everything to do with the disabled under one roof.All the people who accompanied Hellman introduced themselves. One young man who spent two-and-a-half years looking for a job before he was taken on by the Israel Electric Corporation, said, “I now know what it means to get up with hope and to go to sleep with hope.”Eyel Naifeld was the victim of a terrorist attack when he was 19 years old. He spent two months in a coma and woke up deaf and blind. Nothing could be done to restore his sight, but his parents found a doctor who was able to give him an implant that restored his hearing. Since then, he got married and became a father. His wife is currently just past mid-term in her second pregnancy.Naifeld, who has a degree in political science, works for the Israel Electric Corporation’s communications department and liaises with government offices on behalf of the IEC.Dan Rashal, who is totally bilingual, having spent part of his childhood in America, has a degenerative spinal condition and is confined to a wheel - chair. But this has not stopped him from earning economics and law degrees and becoming an international economics consultant.Hellman said people with dis - abilities who find jobs are much more motivated and dedicated than people without disabilities and often prove to be great assets to their employers.Rashal said the economy is missing out on millions due to the unutilized human resources among this population.“It’s only after they employ you that they realize that you’re equal and that you too can make a contribution,” said Rivlin.