Not forgetting the need to connect with the younger generation, Bennett made a point of stopping to say hello to a group of schoolchildren from Modi’in while they were touring in the galleries. 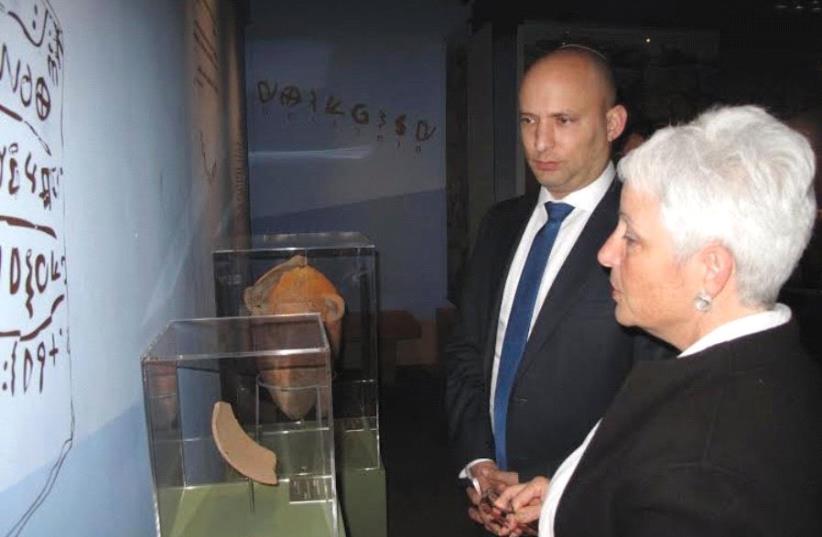