Hospitals requiring women to get rabbis’ permission for birth control

The Health Ministry is probing two hospitals for telling women who sought tubal ligation to obtain approval from what officials called "the hospital rabbis." 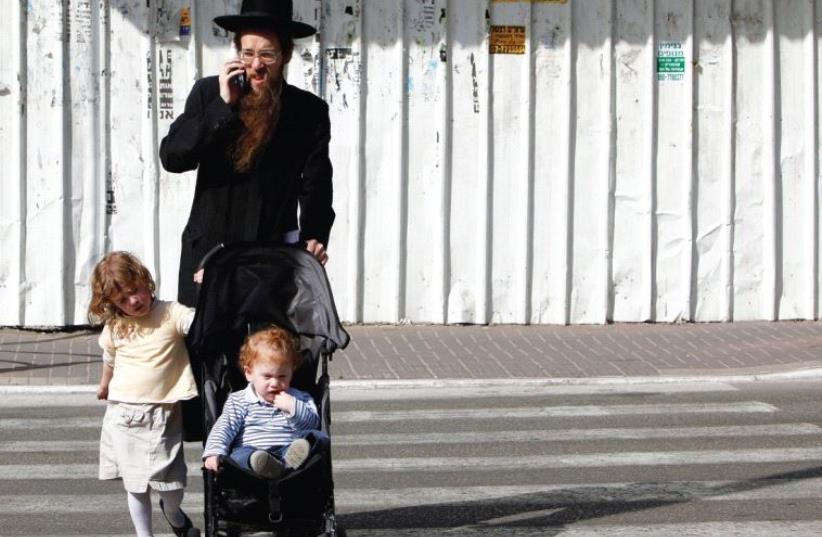 A MAN and his children cross the street in Bnei Brak while he speaks on his cellphone.
(photo credit: NIR ELIAS / REUTERS)
Advertisement
Israel’s health ministry is probing hospitals that required women to obtain rabbinical approval for birth control procedures.According to an expose published Thursday by the news site Ynet, officials from two state-funded institutions — Laniado Hospital in Netanya and Ma’ayane HaYeshua Hospital in Bnei Brak — are recorded telling women who sought tubal ligation to obtain permission from what officials called “the hospital rabbis.”Tubal ligation is a permanent form of sterilization, which is generally prohibited according to Halacha, or Jewish law, except in cases where it is meant to save the life of the mother.At Laniado, only Jewish women who said they sought to undergo the procedure were referred to the rabbi whereas at the Bnei Brak hospital all women were referred to him.“We do not agree with these practices,” a ministry spokesperson told Ynet about the procedures involving rabbis. “We intend to get to the bottom of this issue as soon as possible, possibly with the ombudsman of the medical professions, to inspect the disciplinary and ethical aspects of this affair, and will act according to the findings.”A spokesperson for Ma’ayane HaYeshua defended the practice. “Since tubal ligation is not a life-saving procedure and is irreversible, the hospital believes it requires reflection and so we do not perform it at the patient’s request only,” the spokesperson explained. “We must find a clear medical reason requiring intervention and we make sure the women in question has considered the procedure.”Non-Jewish women are evaluated by a social worker or psychologist, the hospital added.Laniado did not respond to Ynet’s questions.