Israel is the only country in the world in which an Ikea catalog was published without any women, in Saudi Arabia a similar publication was halted. 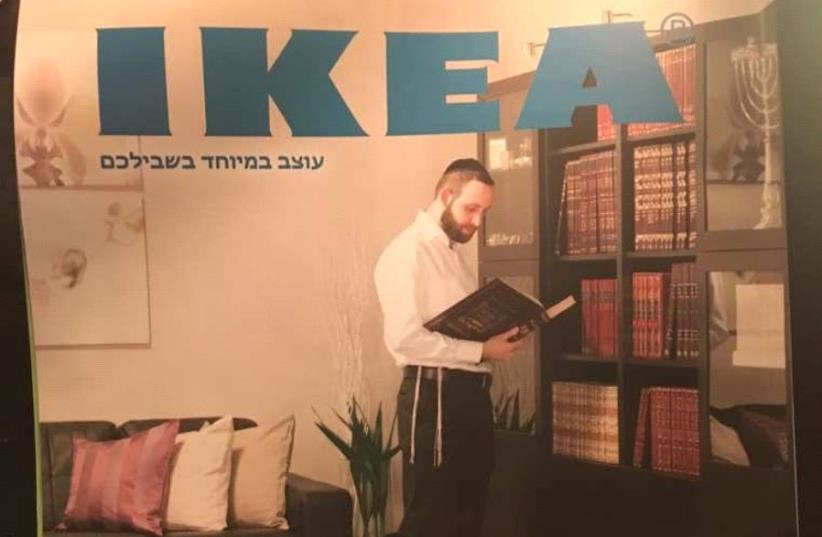 IKEA creates haredi version of catalogue
(photo credit: Courtesy)
Advertisement
A woman living in Petah Tikva filed a lawsuit against Ikea Israel over a catalog which excluded women from its pages, Haaretz reported on Wednesday. The Israel Religious Action Center joined the women in the lawsuit which was submitted to the Jerusalem District Court. The lawsuit, the first of its kind, argued that to exclude women from family-oriented spaces Ikea uses to sell furniture “sends a serious and difficult message.” The catalog was released in small quantities and taken out of circulation after various complaints were received. The company attempted to target the Haredi community by releasing another catalog which did not include any people at all – just the products. Among Haredi people, strict modesty is enforced and women are usually not used for commercial purposes. The complaints requested Ikea to pay the sum of $4 million in compensation to the damage they caused Haredi women. Israel is the only country in the world in which an Ikea catalog was published without any women, in Saudi Arabia a similar publication was halted.