During the defendant's remand hearing at the Tel Aviv Magistrate’s Court, police said that the alleged fraud took place during a short period at the end of 2015. 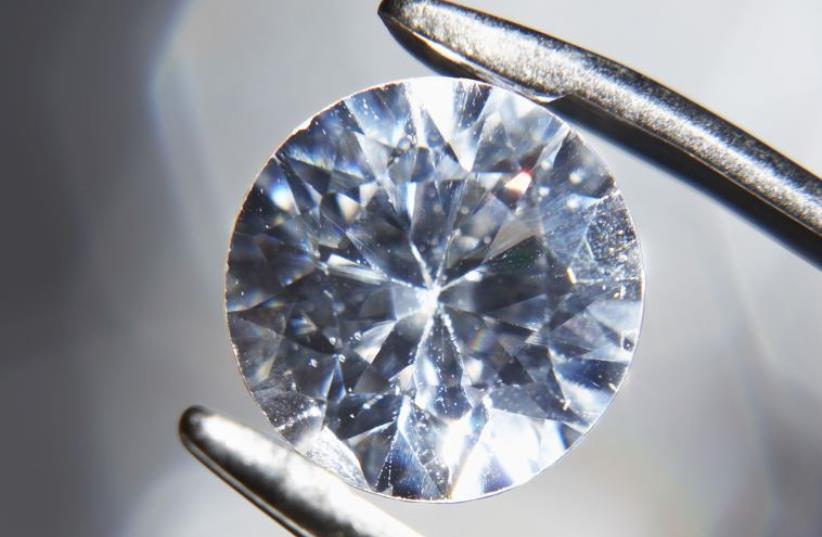 Diamond (illustrative)
(photo credit: INGIMAGE)
Advertisement
Veteran diamond broker Hanan Abramovich appeared in court on Wednesday after being arrested Tuesday night on suspicion of aggravated fraud. He is under investigation over tens of millions of dollars worth of diamonds he allegedly sold without compensating the original owners.The arrest was made only three hours after a police complaint was issued by three diamond traders who alleged that in the final months of 2015 they transferred enormous sums of diamonds to Abramovich to serve as the middle-man in diamond trades, but that he later sold them and kept the money for himself.According to Abramovich’s arrest warrant “the suspect is a diamond broker at the diamond exchange who took diamonds worth tens of millions of dollars from others and sold them, keeping the money for himself without paying compensation.”During Abramovich’s remand hearing at the Tel Aviv Magistrate’s Court, police said that the alleged fraud took place during a short period at the end of 2015.Judge Ronit Poznanski-Katz ordered Abramovich kept in custody for two days, saying that because of his lack of a criminal record and the fact that the alleged crimes took place several months ago; there was no reason to extend his remand further.She also highlighted the fact that Abramovich reported for questioning on his own Tuesday night, and brought a list of the transactions he’d made during the period in question in 2015. He also claimed that he is insolvent, but police said in court Wednesday they had yet to confirm this.Abramovich, 53, has worked in the diamond trade since he was 21 years old. He and his wife, Natalie, are the sole shareholders of Hanan Abramovich Diamonds LTD.On Tuesday, Israel Diamond Exchange director Eli Avidar put out a statement saying that “the management of the Bursa [diamond exchange] in 2016 will show zero tolerance towards those who cause harm to other members of the exchange.“The Israeli diamond industry has been through difficulties in recent years and unfortunately has been left exposed to unfortunate cases in which people have exploited this situation.The management of the exchange will work closely with law enforcement to clarify the case.”On Tuesday night Abramovich’s attorney, Adi Carmeli, said that “my client carried out legal transactions and denies any connection to criminal activities. A simple investigation will reveal this.”