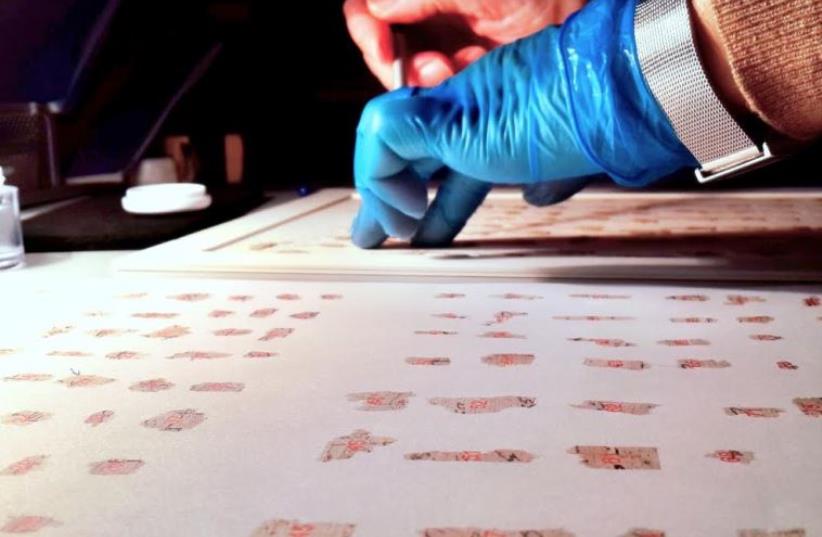 ANTIQUITIES AUTHORITY researchers utilize advanced technology to piece together thousands of fragments from the Dead Sea Scrolls.
(photo credit: IAA)
Advertisement
Nearly 70 years after the Dead Sea Scrolls were discovered, scholars and computer science experts from Israel and Germany are collaborating to use state-of-the-art technology to piece together thousands of fragments from the ancient holy text.Considered one of the most important discoveries of the 20th century, the 2,000-yearold scrolls are being painstakingly analyzed at the conservation laboratory of the Israel Antiquities Authority in Jerusalem via the international partnership.The 981 texts were found in 11 caves in the Judean desert, close to the Northeastern shores of the Dead Sea, between 1946 and 1956.According to the IAA, the new €1.6 million project is being funded by the Deutsch-Israelische- Projektförderung (DIP) and administrated by the Deutsche Forschungsgemeinschaft (DFG). 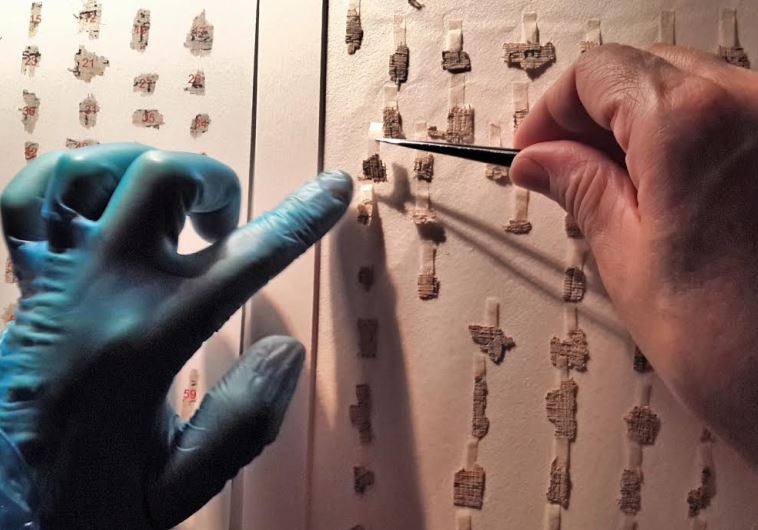 “Through the Universities of Haifa, Tel Aviv and Göttingen, in cooperation with the IAA, the project will develop tools that will enable the creation and publication of a new generation of critical digital editions of the Dead Sea Scrolls – rich in information and updatable,” the IAA said on Tuesday.“The dynamic research environment for studying the Dead Sea Scrolls will be achieved by linking the robust databases and resources of the project: The Qumran-Lexicon-project of the Göttingen Academy of Sciences and Humanities and the Leon Levy Dead Sea Scrolls Digital Library of the IAA,” it added.The project is intended to facilitate an enhanced “handson virtual workspace” that will allow scholars from around the world to work together, simultaneously, as well as harness a “new platform for collaborative production and publication of Dead Sea Scrolls editions,” the IAA said.When the thousands of scroll fragments were discovered, many were in tiny pieces.Since then, a breadth of international researchers and archeologists have been working together to put the enormous puzzle back together.“Now, as part of the project, advanced digital tools will be developed for suggesting new connections [between various fragments and manuscripts],” the authority said. 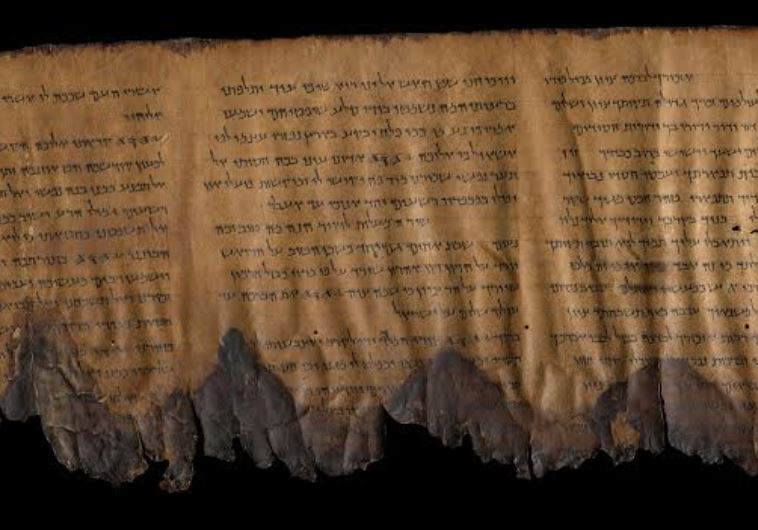 “The environment will also offer paleographic tools and an alignment tool connecting text and images that will enable simple transitions between the databases, allowing readers to access the original text of the scroll, up-to-date translations, high-resolution images, dictionary entries and parallel texts,” the authority added.The partner institutions include the Göttingen Academy of Sciences and Humanities, represented by Prof. Reinhard Kratz of the Theological Faculty of the University of Göttingen, and the IAA, represented by Pnina Shor, curator and director of the Dead Sea Scrolls Projects.All of the findings will be published on the IAA Leon Levy Dead Sea Scrolls Digital Library website.An upgraded version of the site was launched by the authority in 2014, allowing visitors to view some 10,000 newly uploaded images of unprecedented quality.The website also offers accompanying explanations pertaining to a variety of manuscripts, such as the book of Exodus written in paleo-Hebrew script; the book of Samuel; the Temple Scroll; Songs of Shabbat Sacrifice; and New Jerusalem.The images were achieved, the IAA said, via a unique camera developed specifically for the undertaking, which was installed at its scrolls conservation laboratory in Jerusalem. To date, more than one million people from around the world have visited the site.In the meantime, the authority said it is advancing local and international collaborations to add to the digital library‘s transcriptions and translations.