Israeli restaurant voted best in Paris after 3 months in business

In addition, the guide also concluded that it had “hands down” the best dining energy, and gave special praise to the pumpkin ravioli with hazelnut butter and tarragon. 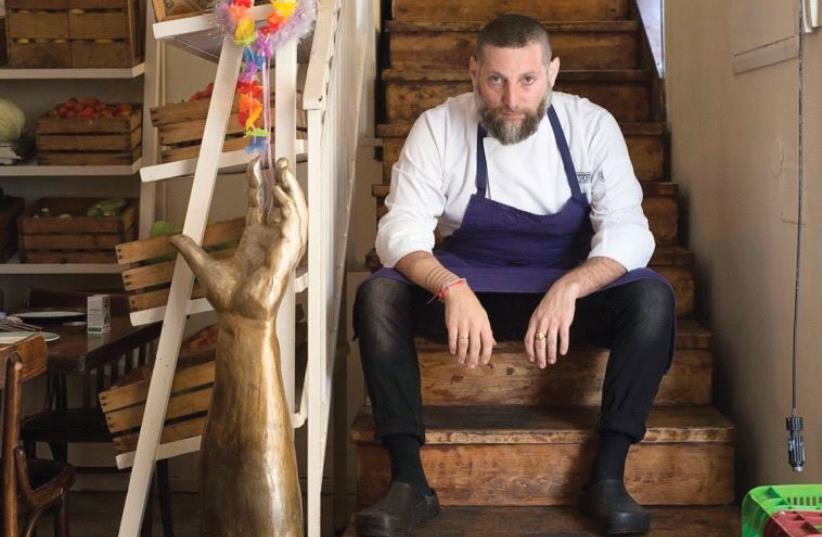 COOKING CLASS: Chef Assaf Granit of Jerusalem’s famed Machneyuda restaurant.
(photo credit: YAHAV YAAKOV)
Advertisement
World-renowned Israeli chef Assaf Granit’s Shabour restaurant opened only three months ago in Paris, and has already been rated as the city’s best restaurant, according to French daily Le Figaro’s gastronomical guide, Le Figaroscope, tech site NoCamels reported.The recognition is the latest in a long line of awards for the restaurant. Shabour was the subject of a lengthy and glowing article in Le Figaro when it opened in September, and was ranked as one of the 13 trendiest new restaurants in Paris in October. A month later, it won a major award in a competition held by the French culinary magazine Le Fooding.Shabour – the Hebrew letters of the name mean “broken” – is operated by Granit and his partners Uri Navon, executive chef Dan Yehoshua and manager Tomer Lenzem, and took home the title of “Best Restaurant of the Year.”In addition, the guide also concluded that it had “hands down” the best dining energy, and gave special praise to the pumpkin ravioli with hazelnut butter and tarragon.The restaurant is especially celebrated for its Israeli cuisine, which includes dishes such as poached eggs with tahini and olive oil chocolate mousse.This is Granit’s second restaurant in Paris. His first, Balagan, opened in 2017. It’s also his 13th in Europe.Sadly, for religious foodies, the restaurant is not kosher.