The acclaimed photographer who emerged as one of the leading photographers in the region over the years passed away on Thursday at 92. 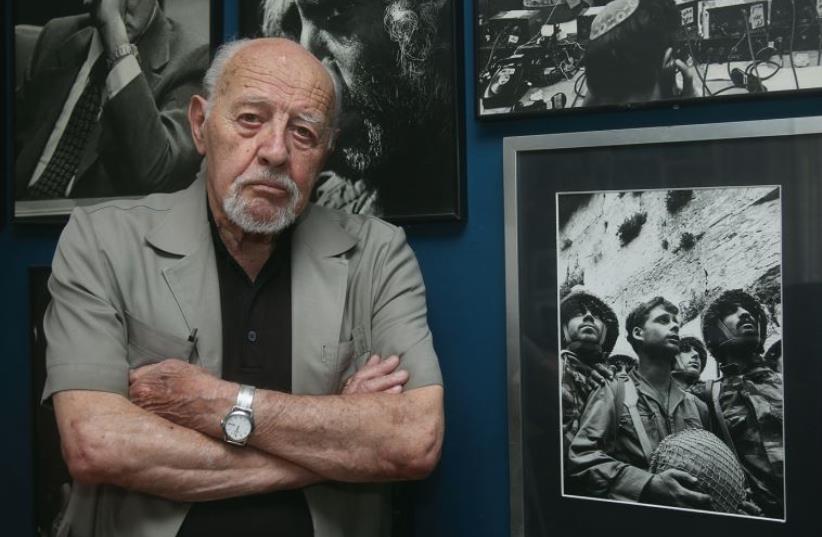 David Rubinger at home, flanked by some of his most iconic photos – including, of course, the June 7, 1967, shot of the three paratroopers at the newly liberated Western Wall
(photo credit: MARC ISRAEL SELLEM)
Advertisement
David Rubinger, the world-famous photographer and Israel Prize laureate who captured the history and evolution of Israel in the lens of his camera, died in Jerusalem on Wednesday. He was 92.Rubinger’s most iconic photograph was that of three soldiers in their 20s – Zion Karasenti, Yitzhak Yifat and Haim Oshri – gazing awestruck at the Western Wall after Israeli paratroopers had captured the Old City.Rubinger, who would have celebrated his 93rd birthday this June, would undoubtedly have been included in the celebrations marking the 50th anniversary of the victory in the Six Day War and the reunification of Jerusalem.As a staff photographer for Time-Life, Rubinger took the first photographs of the reunification of Jerusalem after a 19-year hiatus in which part of Israel’s capital was ruled by Jordan.Born in Vienna in 1924, Rubinger is the last of the Austrian-Jewish celebrities of his era who made a name for themselves in Israel. Another was former Jerusalem Post coeditor-in-Chief Ari Rath, who was six months younger than Rubinger and who died in January. Illness prevented Rubinger from attending Rath’s funeral – something that upset him greatly. 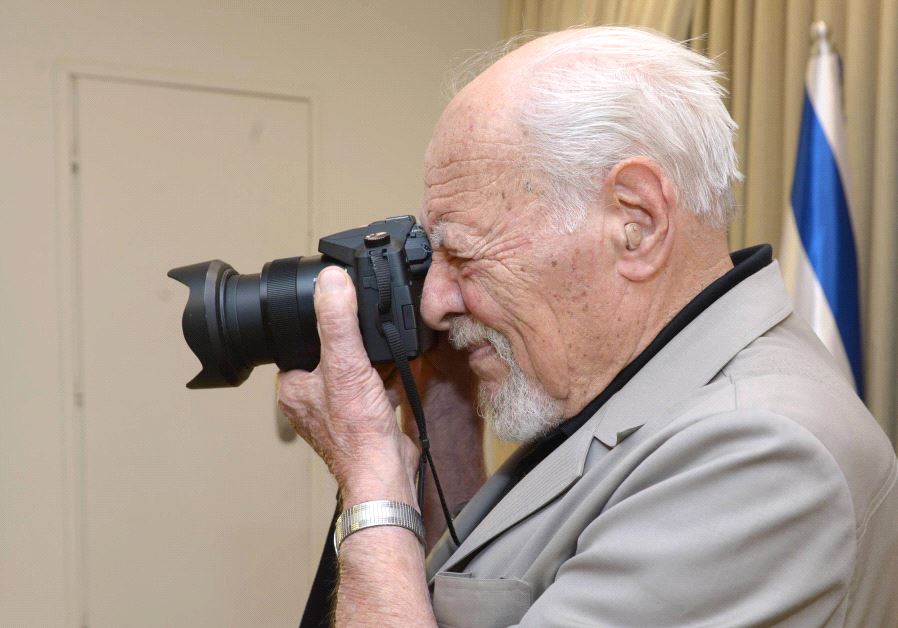 Rubinger was one of the founders of the Foreign Press Association in Israel, which in eulogizing him on Thursday quoted a passage from his book Israel Through My Lens: Sixty Years as a Photojournalist, which he co-wrote with Ruth Corman.“Frequently these days, when looking back over the years, I find myself asking how I could have been so lucky. I went through 10 wars unscathed and survived countless other high-risk situations, and I have reached the peak of the photographic profession, with worldwide recognition for my work, being the oldest person on the masthead of Time, one of the world’s most prestigious magazines.“I have had personal access to many of the world’s leaders and other fascinating personalities, as well as the support of a wonderful family: my two children, five grandchildren, and two great-grandchildren. How can anyone be so fortunate? “And after all this, what would I say to those who ask me the secret of a fulfilled life? Mine is really quite a simple philosophy. Try to live every day as if it is your last, but plan your future as though there were endless tomorrows.”A second FPA obituary later in the day, written by Matt Rees, begins: “There was enough tragedy in David Rubinger’s life that you could have forgiven him any amount of bitterness or anger. From the murder of his mother by the Nazis to the murder of his beloved partner in her own home in Jerusalem’s Greek Colony when David was 80. But you will not find a single person who can remember a truly bitter word from his lips, and the only anger he expressed was a righteous impatience for those who seemed to wish for more conflict where he saw the possibility of peace.”Rubinger was frequently regarded as David Ben-Gurion’s personal photographer, but he was in fact every prime minister’s personal photographer – though not employed as such. He arrived in Mandatory Palestine in 1939 when he was 15 years old. He spent three years on a kibbutz and when he was 18 he joined the Jewish Brigade of the British Army. He wanted to fight the Nazis – and he did.In Paris, in 1942, he had a brief romance with a girl named Charlotte, who gave him his first Leica camera. It remained his favorite make.After he returned to Mandatory Palestine in 1946 with his wife, Anni, – a distant relative who had survived a death camp and whom he had married fictitiously in order to get her out of Europe. They “forgot to get divorced,” as he often said, and were married for 54 years before her death in 2000.She worked as his assistant and it was she who decided that the photo of the three soldiers at the wall was more interesting than then-IDF Chief Rabbi Shlomo Goren blowing a shofar as he approached the wall hoisted on the shoulders of several paratroopers.But long before that, when Rubinger first tried to get work as a photographer, he came to The Palestine Post and spoke to Mike Ronnen, the paper’s famous cartoonist and art editor, who at the time was the photo editor. Rubinger approached Ronnen and asked how he could get his photos published. Ronnen’s advice was to buy a motorcycle and to be faster than his rivals in bringing a photo into the office.It didn’t take long for Rubinger to gain recognition elsewhere and the upshot was that he spent almost half a century working for Time magazine.Micha Bar-Am, another of Israel’s famous photographers, told The Jerusalem Post on Thursday that Rubinger was “a true colleague and a real professional,” who was totally connected to everything in Israel because it was important to him. “It was a real pleasure to know him and work with him, because he was always so friendly,” said Bar-Am.President Reuven Rivlin, who knew Rubinger well and described him as a family friend, said, “There are those who write the pages of history, and there are those who illustrate them through their camera’s lens. Through his photography, David eternalized history as it will be forever etched in our memories. His work will always be felt, as it is seen in the eyes of the paratroopers as they looked upon the Western Wall, and in the expressions on the faces of the leaders of Israel, which he captured during the highest of highs and lowest of lows.“When I entered the president’s office, I hung on the wall a picture he took of Ben-Gurion. David came to visit with a special signed copy and helped me hang it in its place, alongside a picture of Jabotinsky that has been with me throughout the years.”Even in retirement, Rubinger was never without his Leica. A photojournalist in his soul, he could not resist capturing scenes for posterity. Though only an adolescent when he left Vienna, he never abandoned his exquisite European manners. He was always the perfect European gentleman.He was also a great raconteur and could tell riveting anecdotes in Hebrew, English or German, switching with ease from one to the other. A series of Austrian ambassadors to Israel regularly included his name on their guest lists.His family had originally wanted a small, private funeral, but was prevailed upon to realize that there were so many people who wanted to pay their respects and accompany Rubinger on his final journey that they agreed to a public funeral, which will take place in Jerusalem at 10 a.m. on Friday, at Har Hamenuhot Cemetery’s Beit Hahesped.