Posters for the movie will only feature a "fiery crown" in Bnei Brak and Jerusalem. 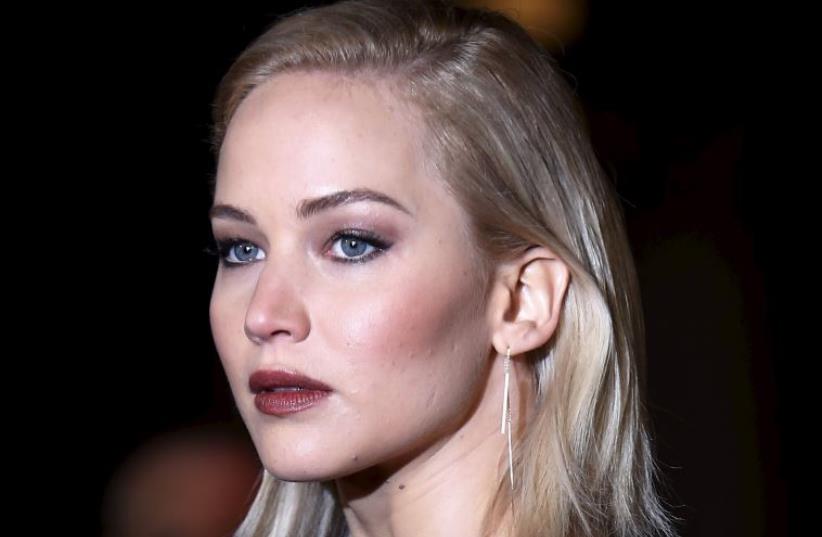 Jennifer Lawrence
(photo credit: REUTERS)
Advertisement
Promotional posters featuring the image of Jennifer Lawrence in the run-up to the release of the movie “The Hunger Games: Mockingjay – Part 2” will not be seen in handful of religious neighborhoods throughout Israel, Variety reported Thursday.Instead, posters for the movie will only feature a "fiery crown" in consideration of religious residents of Bnei Brak, a city near Tel Aviv, and select neighborhoods in Jerusalem.The move comes as advertisers billed to promote the movie in Israel made the decision to refrain from stirring anger in the cities where images of women are routinely vandalized."Unfortunately we are subject to unofficial coercion that forces us to be more careful,” according to Liron Suissa, VP of marketing for the company, Nur Star Media. “We have had endless vandalization, and clients prefer not to take the chance."Images of women within ultra-Orthodox communities are considered to be lewd or salacious, and newspapers and advertisements are frequently edited to suit their sensitivities."We allow everything, but we recommend hanging another visual when necessary. The decision is the client’s,” Suissa added.Public decency standards placed on advertisements have frequently clashed between religious communities and the larger, secular population.Last year, the Yerushalmiot movement won a protracted legal battle against ultra-Orthodox groups in Jerusalem to include women’s images in advertisements on Egged buses in the capital – despite occasionally violent protestations by radical haredi factions.  The campaign to reinstate the images was spearheaded by Yerushalmiot head Shira Katz-Vinkler, and Deputy Mayor Rachel Azaria (Yerushalmim), who held the education and women’s rights portfolio, and whose own picture was once barred from buses during a political campaign seven years ago.At the time of her campaign, Egged refused to include her image, fearing a violent backlash from extreme haredi sectors, which routinely tore down such advertisements and threw rocks at the buses carrying them.Noting the prevalence of hardei vandalism against buses with women’s images affixed to them, the government agreed to compensate Egged for any damage caused by the reinstituted practice.Daniel K. Eisenbud contributed to this article.