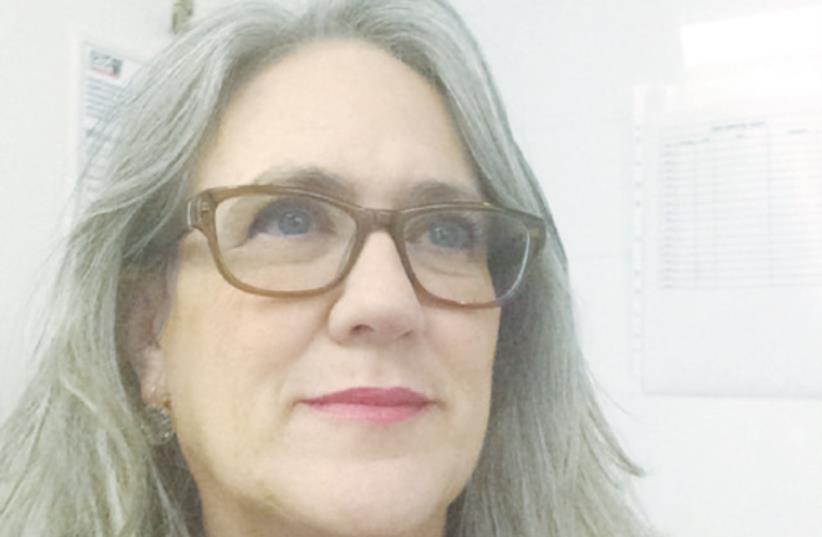 Landau
(photo credit: Courtesy)
Advertisement
The international arms control community has come to the defense of contacts between Israel and UN diplomats, who are engaged in talks aimed at including Jerusalem in a forum to discuss the creation of a region free of weapons of mass destruction.Israel, for the first time, submitted a paper to the UN’s Nuclear Non-Proliferation Treaty review conference, outlining its stance and concerns, and for the first time in 20 years, an Israeli delegation is taking part this week in an NPT conference in New York as an observer.Responding to these developments, a group of Arab states submitted a “rather hard-line paper outlining a new approach that would in effect undermine” progress that has enabled Israeli participation in the talks, Dr. Emily Landau, head of the Arms Control and Regional Security Program at the Institute for National Security Studies in Tel Aviv, told The Jerusalem Post on Tuesday.The response by members of the arms control community to the joint Arab paper is highly significant, and the support the community expressed for continued engagement with Israel is reflective of Jerusalem’s decision to cooperate with, rather than shun, attempts to set up regional dialogue on WMDs, Landau said.Israel, which is not a signatory to the NPT, has nevertheless spent the past two years cooperating with UN attempts, led by the Finnish diplomat Jaakko Laajava, to establish a regional dialogue.Now, diplomats have warned that adopting the Arab paper would sabotage future talks, and force Israel out.“The reaction in the arms control community and official statements have been highly critical of this joint Arab paper,” Landau said.“What they’re saying is that the ideas in the paper will undermine the progress that has been achieved to date. In addition, while there is no agreement on the agenda for [a future WMD free zone] conference, Israel has been taking part in the process; it cooperated with initiative and the [UN] facilitator. A process got on track, even with all difficulties.”Israel has held five informal meetings with diplomats on this issue since 2013, something that could end if the NPT conference accepts the joint Arab paper.In 1995, Egypt floated for the first time the idea of a weapons-of-mass-destruction free zone. That, Landau said, was an attempt to force the idea on the international agenda, causing Israel to feel that it was being dealt with unfairly. Since then, Israel avoided NPT meetings, until recently.Landau said that according to recent media reports, a number of Arab diplomats have hinted that they are not in agreement with the Egypt-led paper, which she described as “very hard-line.”“The Egyptians seem to be trying to stop the process that began over 2013-14, in which the facilitator [Laajava] and conveners [Britain, Russia, the US and UN] met with all the regional states, including Israel, and talked about what really should be done,” Landau said.The fact that Israel recently took on a more cooperative approach has led to “significant dynamics” within the arms control community, she continued. “Egypt doesn’t seem to like this process, because Israel is airing its concerns.Egypt wishes to focus strictly on the WMD issue and demanded that Israel immediately join the NPT, which is obviously a nonstarter,” Landau said.By cooperating with the initiative, Israel has managed to avoid diplomatic blame for being unwilling to engage with the UN’s facilitator, or to meet with Arab states for discussions.“That might have set the stage for harsher decisions.The fact that Israel is cooperating changed the framing – it made the Egyptian paper look unreasonable,” Landau said.Egypt’s diplomatic conduct is out of touch with the real state of bilateral Israeli-Egyptian security cooperation, which she described as being at an “all-time high.”“There are good relations in place. Why is Egypt adopting this stance, which makes things difficult for Israel? That is a real puzzle. It looks like there is an automatic pilot there that is proceeding, and not taking good relations into consideration,” she said.