Meridor: Preventing Iran nuke is not the only strategy

The former intelligence minister calls for a comprehensive, long-term strategy to counter Iran. 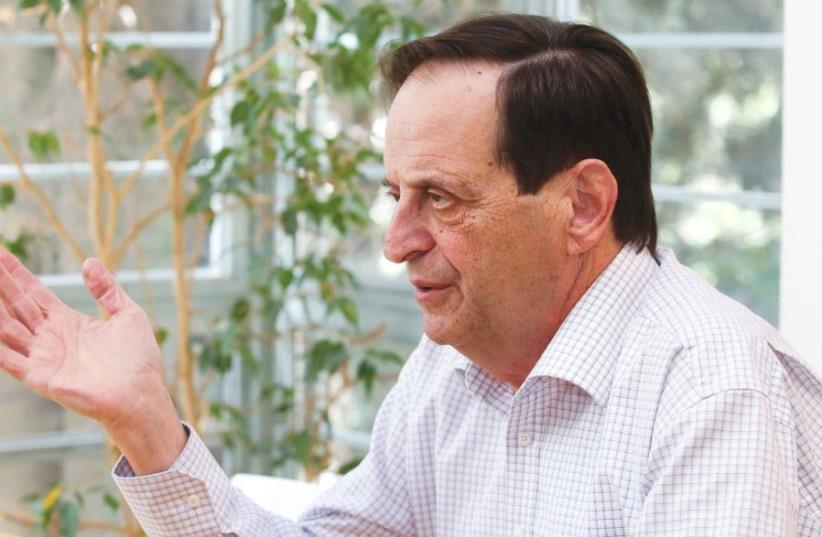 FORMER INTELLIGENCE MINISTER Dan Meridor advocates ‘analyzing the logic’ of Hezbollah and Hamas in preparation for the next bout with these groups
(photo credit: MARC ISRAEL SELLEM/THE JERUSALEM POST)
Advertisement

Speaking following INSS’s publication late Monday of Meridor’s update to his landmark 2006 report on Israel’s national security doctrine, his point was not that Israel should not do all it can to stop the Islamic Republic from getting a weapon. Rather, he wanted to emphasize the need to plan five and 10 years into the future for what Israel’s optimal response would be if Tehran gets a nuclear weapon despite military and diplomatic efforts to stop it.

In such a scenario, the former intelligence minister said that Israel could live securely in the face of a nuclear Iran using one of two strategies:

First, it should already be developing a more robust missile defense system to combat advanced precision Iranian rockets and not just improving the Iron Dome, which is designed more for defending against less accurate Hamas rockets.

To date, the long-range Arrow and medium-range David’s Sling missile-defense systems have had mixed results.

Meridor said it was also important to strategically evaluate what parts of the country were most critical to defend and most vulnerable.

Moreover, while he said he was not familiar with Israel’s increased investment in its own stock of conventional ballistic attack missiles, he said he had supported investing in such weapons since as early as 2000.

Second, he said Israel should develop a deterrence policy that intimidated even the notoriously difficult to pressure Iranians sufficiently that they would realize any attack on Israel would lead to imminent “disaster” for them.

Meridor’s 2006 report was only the second major statement of a national security doctrine in Israel’s history following the first doctrine put together decades earlier by David Ben-Gurion.

His report was significant in that it brought together titans in the Israeli defense, foreign affairs and finance establishments for two years of discussions, which led to the publishing of the document.

There is an ongoing debate about whether the government has developed an updated comprehensive doctrine since 2006.

Some put forth an announcement by Prime Minister Benjamin Netanyahu in late 2018 that he had developed a long-term doctrine looking toward the year 2030 as an example of an updated doctrine.

While Meridor said he was not familiar with the specifics of the Netanyahu strategy – the prime minister released only snippets for public consumption – he said that his understanding was that the strategy dealt with only a limited list of projects and was not comprehensive.

He also said he had not heard that those who worked on the document were of the same stature or had spent anything resembling two years hashing out the best answers to the full range of national security issues.

Others note a 2015 strategy document put forward by the IDF. However, regarding that document, which was made public, Meridor said that the contribution of the IDF was valuable, but insufficient since the IDF’s viewpoint does not encompass all aspects of national power.

Former deputy national security council chief Chuck Freilich put out a book in late 2017 outlining a national security strategy, but there are no signs that this was adopted by the government, though some ideas might have been used.

Meridor also said that it was important for Israel to put out a new comprehensive and updated strategy every five years going forward, while adding that many of his recommendations have remained relevant despite the passage of a decade.

Asked about the cyber dimension, which has developed rapidly since his 2006 report, he acknowledged that Israel had made significant strides in expanding the Israel National Cyber Authority and in delineating the lines of authority between different defense agencies.

However, giving an example of gaps that might exist if the Netanyahu 2030 strategy was not comprehensive, he asked if cuts have been made in developing certain kinds of tanks and aircraft so that even more funding can be put into cyber.

Also, he said that even if Israel’s cyber sector was advancing fast, it is unclear that – absent a full strategy – its full cyber capabilities would be employed in a potential future conflict with Hezbollah.