Yuval Mor-Yosef fell during his military service three years ago. 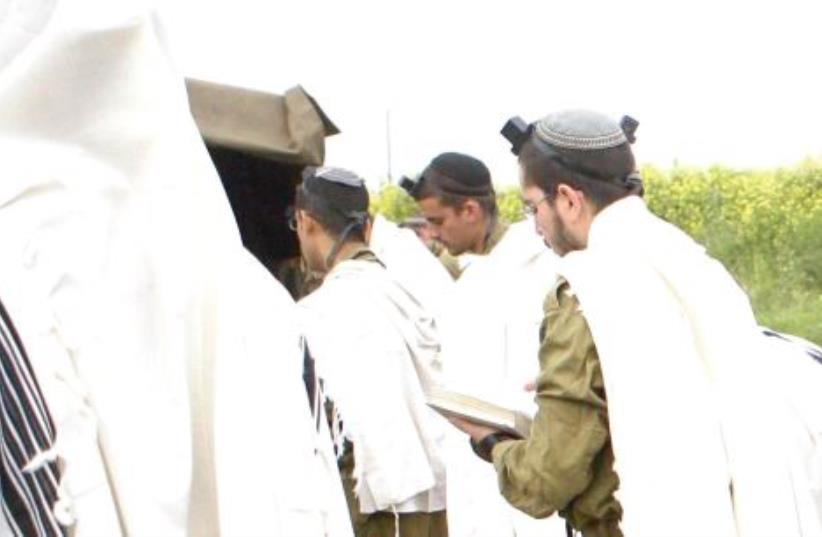 Mor-Yosef was a battalion fighter who fell during his military service three years ago in Givat Assaf.

The dedication took place in a ceremony attended by Mor-Yosef's bereaved family, members of the Netzah Yehuda Organization, rabbis, soldiers, public figures and a crowd. The home will now serve Haredi soldiers who serve in the IDF.

Mayor of Jerusalem Moshe Leon attended the ceremony as its guest of honor along with his deputy Arie King and council member Yonatan Yosef.

The Israeli singer Yishai Ribo volunteered and performed at the ceremony.

An ultra-Orthodox, or Haredi, Jewish man walks past Israeli soldiers of the Netzah Yehuda Haredi infantry battalion during their swearing-in ceremony in Jerusalem (credit: AMMAR AWAD/REUTERS)

"This facility will serve dozens of fighters who are at the forefront, putting their lives on the line for the state of Israel. It is our duty to provide them with a home, a family and a hug. Our goal is for the Haredi fighters to be able to protect the People of Israel while maintaining their way of life."

"We are grateful to the Netzah Yehuda organization that accompanies us and were are heart-warmed by Yuval's name being memorialized on the soldiers' home," said Mor-Yosef's father Moti.

"This gives us much comfort and strength. After difficult days on the front lines of duty, the combat fighters will know that they have a place to call home and the loving environment to feel at home. We will continue to commemorate Yuval's name."