Peres hailed as optimist, fighter as loved ones hold out hope for recovery

"Peres is like the mythical phoenix. He fell down 20 times, and every time he got up and resurrected himself." 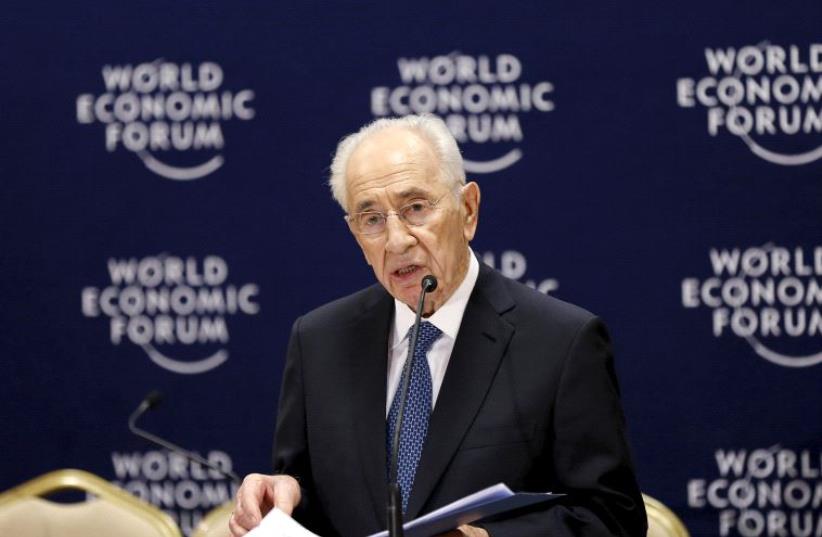 Shimon Peres
(photo credit: REUTERS)
Advertisement
Close associates of Shimon Peres, who was hospitalized after suffering a stroke on Tuesday evening, held hope for his recovery on Wednesday, citing the resilience he has showed in the past."Peres is like the mythical phoenix. He fell down 20 times, and every time he got up and resurrected himself," former MK Michael Bar Zohar, the former president's official biographer told Channel 10."He lost elections one, two, three times and we laughed at him that he was a loser. He pulled himself up and became a minister and prime minister, and none of that was enough for him because he wanted to serve the state until the end," Bar Zohar added.
Peres in medically induced coma after major stroke
"What keeps him alive is the passion to act all of the time. He didn't fear death, he never even saw it as an option," he said.Bar Zohar said that Peres gave him three rules for a good life: "The first is not to look back, the second is not to worry about small stuff, but to focus on big things and vision, and the third is not to retire. He never took a vacation."Peres's daughter Tziki Walden told Israel Radio on Wednesday that patience and modesty were required at this stage. Walden said that her father always acted out of a sense of mission and giving up was something she never saw him do. Peres's son Chemi told Army Radio that his father "always taught us that optimists and pessimists both die, but live in a totally different fashion.""I think that he has improved this morning in comparison to yesterday. More than anything my father is a warrior," he said."I'm listening to people on the radio and it sounds like a eulogy," Chemi Peres added. "It's too early for that. We are in the beginning of a battle. We won't give up and we will continue to believe."