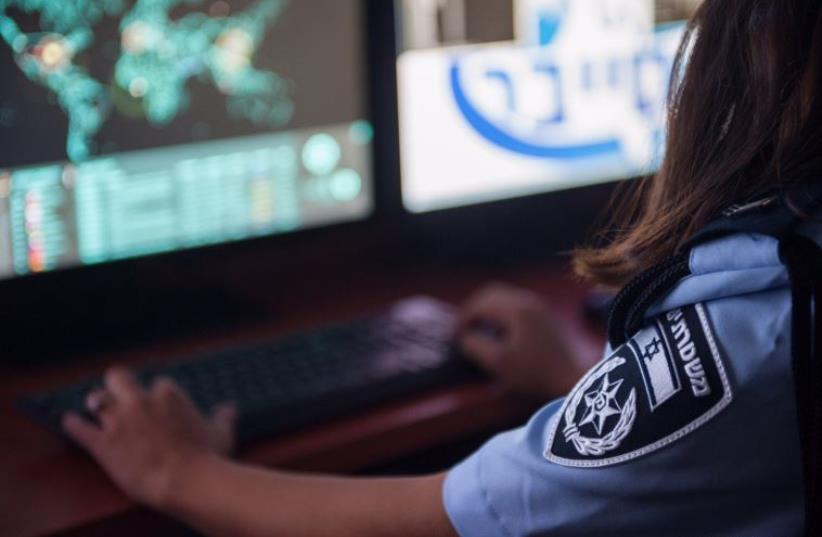 Police cyber crime unit
(photo credit: ISRAEL POLICE)
Advertisement
Police Insp.-Gen. Roni Alsheikh announced Sunday the creation of a cybercrime unit dedicated to monitoring and preventing predatory online activities against children and teens in Israel.The unit, to be called Maor, will be operational in the coming weeks, and accessible online or by dialing 105, said Alsheikh. It was initiated in coordination with the ministries of justice, education, and labor and social services.“People can dial 105, like the 100 emergency call center, but for online matters relating to children and teens,” he said. “It will also be accessible online.”The establishment of Maor follows a growing international trend by other governments and law enforcement agencies to combat crimes targeted against minors by adult predators.“Crimes of all types are moving online... and it has far-reaching consequences,” he said. “[The Internet] is an arena where almost anything can be done. The police will be wherever teens are: Facebook, Instagram and Snapchat.”According to Alsheikh, the unit will closely monitor sites affiliated with pedophilia, teen prostitution and pornography.“When someone is about to commit an offense online in places where it is obvious people go to commit an offense, a window will pop up from the police saying: ‘Excuse me, sir, your next click constitutes a criminal offense. Please carefully consider your actions,’” he said.The key to the unit’s success, Alsheikh said, will be stopping crimes before they happen via intensive monitoring of questionable websites.“We need to create a situation in which crime prevention provides us with the best answer,” he said, adding that immediate action will be taken against online predators.“We have to be there first,” Alsheikh emphasized.