Analysis: What's next for Israel's satellite program after Amos-6?

Thursday's explosion in Florida could delay any launches of newer satellites by at least two-and-a-half years. 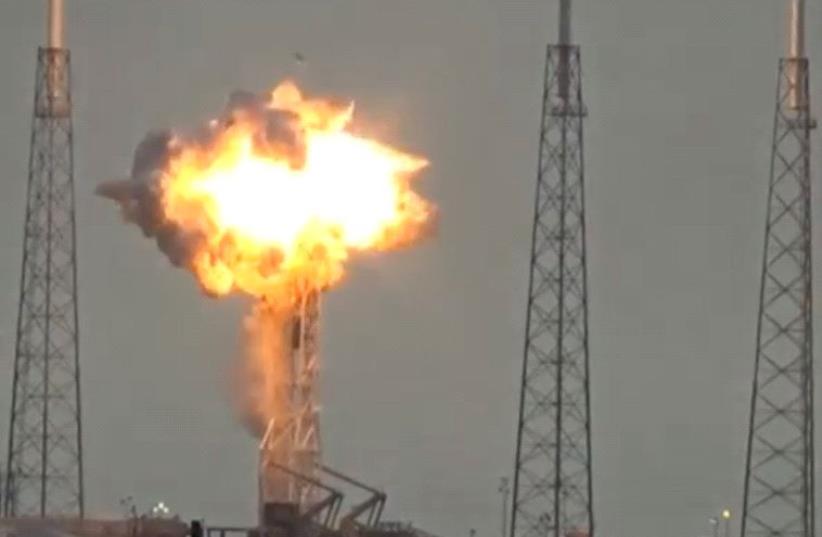 The Falcon-6 rocket, which carried Israel's Amos-6 satellite, bursting into flames at Kennedy Space Center in Cape Canaveral, Florida
(photo credit: REUTERS)
Advertisement
The future of Israel's satellite industry has recently been called into question.On Thursday, Israel's space industry was shocked after a rocket carrying the Spacecom Satellite Communications Ltd's Amos-6 satellite, considered to be the most-advanced Israeli communications satellite in history, exploded on the launchpad at the Kennedy Space Center in Cape Canaveral, Florida. The blast decimated the $200 million Israeli-built device, which was made by Israel Aerospace industries (IAI) and the Israel Space Agency.The Israel Space Agency said an explosion occurred during the fueling of the missile launcher, leading to the satellite’s total loss, which will have a “substantial affect on the agency.”Worries about the future of Israel's satellite program were nothing new, however. There had already been fears that Israel would scrap its satellite program after the government said it would thin out funding to the program. In addition, the State had already said it would not continue funding development of an "Amos 7" satellite. This alone would have caused Israel to lose its competitive edge in the field of satellite technology.Even though Science, Technology and Space Minister Ofir Akunis said his office will continue to support Israel's communication satellite program, he did not specify how much funding would continue. Many worry it will not be enough. Currently, the program gets $300 million worth of government funding.Even in April, senior IAI officials had fears that they would have to let go of some of its most qualified employees, responsible for the satellite's development, manufacturing, assembly and hoped-for launch into outer space.Although the IAI invests large sums of its own money into satellite development,  the government had plans to thin out its contribution, which would have lead to the firing of between 200 to 250 people, most of them experts in their field.Of further concern is that there is no long-term government plan for the satellite industry, despite Israel's 30-year dominance in the field.Thursday's explosion will delay any new satellite launches by at least two-and-a-half years, causing a major setback to Israel's space program.In addition, the IAI would have to shut down its pressure detection department, which employs some of the best satellite engineers in the world.In contrast, Israeli satellites used for security purposes do not have funding problems. For communications satellites, however, there is no real policy in place .Currently, Spacecom purchases its parts outside of Israel because they are cheaper and are produced in larger amounts. While the United States produces between five to eight satellites a year, Israel produces one every three to four years. Israel cannot expect to maintain its competitive edge at this pace. If it wants any chance in the industry, the government must also reach into its pocket and give the program more funding.