"I was close to the premiership two years ago, and I still intend to get there. The result we achieved was terrific considering all the forces that were working against us.” 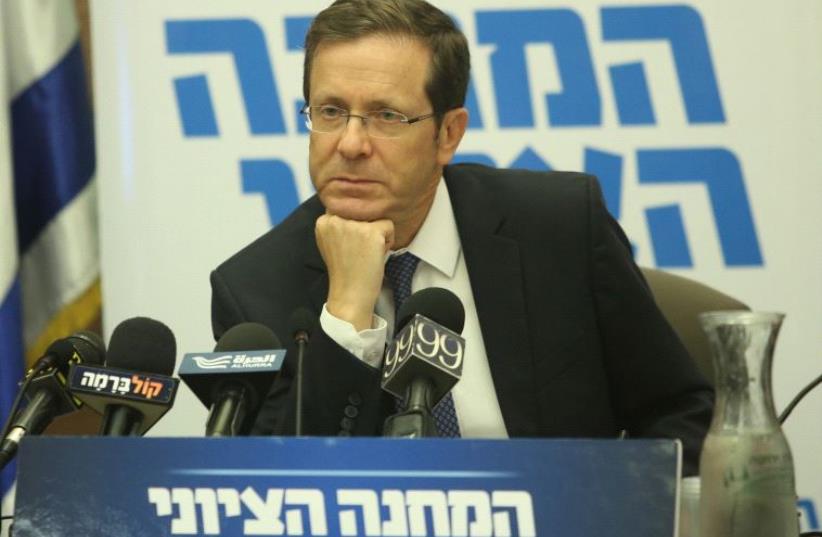 Isaac Herzog will remain party leader for the time being.
(photo credit: MARC ISRAEL SELLEM/THE JERUSALEM POST)
Advertisement
Vanquished Labor leader Isaac Herzog vowed to his supporters on Thursday night that he will return to the chairmanship of the party and use it as a launching pad to become prime minister.Herzog failed to achieve enough support in Tuesday’s Labor leadership vote to earn a place in a runoff race, which will be held on Monday between MK Amir Peretz and former environmental protection minister Avi Gabbay.“In politics, there are ups and downs,” he told the Labor activists in Tel Aviv. “This was apparently a process I had to go through on the path to prepare myself for national leadership. I was close to the premiership two years ago, and I still intend to get there. The result we achieved was terrific considering all the forces that were working against us.”Herzog said he would make a decision by Friday on whether to back Peretz or Gabbay, or remain on the sidelines. His supporters were split, mainly between those saying he should back Peretz and those saying he should back neither candidate.Gabbay and Peretz have been trying to woo Herzog, as well as fourth place finisher MK Erel Margalit, who also met with his supporters to consult with them on whom to back Thursday night. MK Omer Bar-Lev, who finished fourth in the race, decided not to support anyone in the second round.Gabbay received an expected endorsement on Thursday from former Labor leader Shelly Yacimovich. She is on bad terms with Peretz, who was her political mentor and brought her into politics.“I am giving my vote and my support to someone with clean hands, who is extraordinarily intelligent, and courageous, and will be good for my party and my country,” Yacimovich wrote on her Facebook page.Yacimovich, who went to Gabbay’s campaign headquarters on Thursday to volunteer, praised Gabbay for opposing the government’s natural gas deal when he was a minister, and for announcing that he would allow Herzog to remain the chairman of the opposition – even if he ends up endorsing Peretz.“That behavior is proper, fair, and chivalrous,” Yacimovich wrote.Gabbay has also received endorsements from MKs Michal Biran and Yossi Yonah, former candidate Amiram Levin, and former prime minister Ehud Barak.Peretz has the backing of Histadrut chief Avi Nissenkorn and MKs Merav Michaeli, Hilik Bar, Nachman Shai, Itzik Shmuli, Eitan Broshi and Revital Swid.A Panels Research poll taken for Maariv found that 44% believe Peretz would bring Labor more votes in the next election, 29% believe Gabbay would be a better draw, and 27% said they did not know. Among the general population, 38% said Peretz would bring more voters, 28% said Gabbay, and 34% did not know.If a general election would be held now, Labor under Peretz would win 17 Knesset seats and under Gabbay 16, according to the poll of 557 respondents representing a statistical sample of the population. Neither candidate would come close to Likud or Yesh Atid.