Baratz’s appointment has been held up since November, after it became known he referred to US President Barack Obama’s angry response to Netanyahu’s speech to Congress as “modern anti-Semitism.” 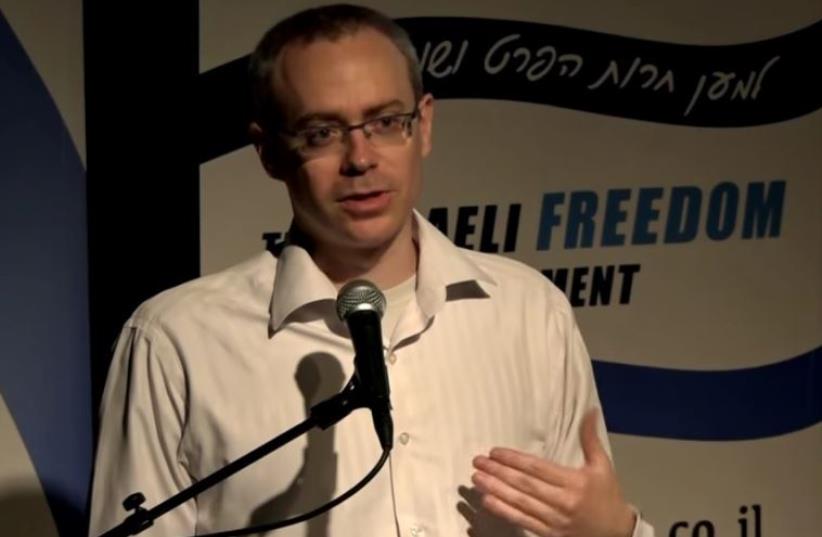 Ran Baratz
(photo credit: YOUTUBE SCREENSHOT)
Advertisement
Prime Minister Benjamin Netanyahu’s controversial choice as chief media adviser, Ran Baratz, will soon take up his duties in the Prime Minister’s Office, an Israeli official said on Monday.The official was confirming a report that appeared earlier in the day on the Maariv website.Baratz’s appointment has been held up since November, after it became known he referred to US President Barack Obama’s angry response to Netanyahu’s speech to Congress as “modern anti-Semitism,” and wrote that US Secretary of State John Kerry’s mental age does not exceed that of a 12-year-old child.He also wrote denigrating Facebook posts about President Reuven Rivlin.Facing heavy criticism over the appointment, Netanyahu effectively suspended it soon after the Facebook posts were reported. The November appointment came just days before Netanyahu and Obama met at the White House for the first time since Netanyahu’s controversial address to Congress against the Iran deal.At the end of March, the prime minister decided to move the nomination forward, sending it to the Civil Services Commission for approval, which apparently has now been secured.The 42-year old resident of Kfar Adumim has a doctorate in philosophy from the Hebrew University, served in Israeli Air Force intelligence and has a background in hi-tech.He was previously best known for sharp-tongued commentary on Israeli politicians, diplomats, and current events on his Facebook page and in the column he wrote for the online Hebrew-language journal MIDA, which he founded.In March of last year, in response to Obama’s negative reaction to Netanyahu’s speech in Congress, Baratz wrote on his Facebook page: “This is what modern anti-Semitism in a liberal Western country looks like. And, of course, it comes with a great deal of tolerance and understanding for Islamic anti-Semitism.”“The tolerance and understanding is so great that [Obama] is willing to give it a nuclear bomb.”After Obama’s reelection in 2012, he wrote in a column for MIDA: “For the next four years, a pro-Arab, anti-Israel president will continue to rule. His upcoming term will be even more extreme, and he has nothing more to lose or to hide. The Jews have once again voted for Obama by a wide majority, and this just shows how wide the gap has become between the Jews of Israel and the Jews of the US.”Netanyahu said at the time he had not known about Baratz’s comments prior to announcing his appointment.“Those posts are totally unacceptable and in no way reflect my positions or the policies of the government of Israel,” the prime minister said.Baratz posted an apology on his Facebook page, saying, “The things that I published were written thoughtlessly, and sometimes in jest, in the kind of language a private citizen uses when posting on social media. Clearly those in governmental positions speak and behave differently. I apologize for the harmful things I published with regard to the president [of Israel], the president of the United States and other public figures.”