Retiring Israeli supreme court justice: I was a warrior for peace

Elyakim Rubinstein served in the public sector for decades; Shaked: You would have solved all of the world’s injustices alone if you could 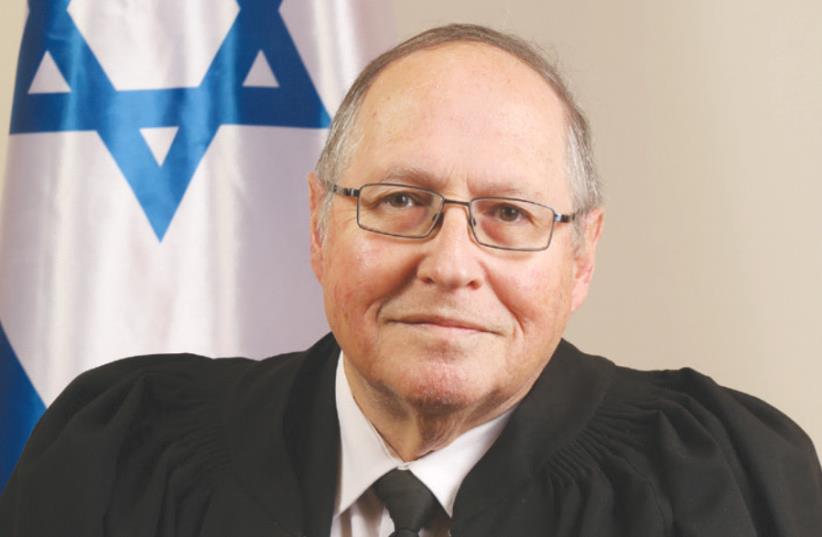 ELYAKIM RUBINSTEIN
(photo credit: Wikimedia Commons)
Advertisement
“I was a warrior for peace” and a defender of the ideal of a Jewish and democratic state, Deputy Supreme Court President Elyakim Rubinstein told the country’s current and former legal establishment leaders at his retirement ceremony on Tuesday.Rubinstein, 70, marked his retirement ceremony with two liberal decisions defending prisoners’ and migrants’ rights, and told the gathered dignitaries that the state’s Jewish and democratic characteristics can work in harmony.“One can be a believing religious Zionist…and at the same time advocate peace…advocate human rights, including equality for minorities,” he said in a speech which completed 13 years on the top court after decades in other top government positions.The deputy president also nodded to his “almost quarter century, in different formats…serving in forces of peace,” including the Egyptian and Jordanian peace treaties and negotiations with the Palestinians, Lebanese and Syrians.At the same ceremony, Justice Minister Ayelet Shaked made an emotional address to Rubinstein, saying he was “a deeply compassionate judge” who “if he could have” would have “cured all of the injustices in this world on your own” on behalf of “the stranger, the orphan, the widow” and all weaker sectors of society.Though in the same ceremony, Rubinstein rejected one of Shaked’s pet projects, reducing the jurisdiction of the Supreme Court, she held him up as the ideal for being a committed Jew and balancing the country’s Jewishness and democracy.She also praised his integration of traditional Jewish law sources in his rulings as the court’s resident judge for expounding on “Mishpat Ivri,” the connection between modern Israeli and traditional Jewish law.In one of the ceremony’s most emotional moments, Rubinstein came to tears and turned bright red, when Shaked mentioned and shared in the sorrow of his recent loss of one of his daughters to disease.Attorney-General Avichai Mandelblit likewise praised Rubinstein as both an ideal civil servant and one who was unapologetically proud of his Jewish heritage in an age of cynical rising post-Zionism.   Supreme Court President Miriam Naor, who also got unusually emotional, said Rubinstein was a label-buster, issuing liberal rulings in favor of the non-orthodox and the secular regarding Mikvaot, Jewish ritual baths, and gender segregation on buses.State Attorney Shai Nitzan, Knesset Legal Adviser Eyal Yinon, Israel Bar Association President Efi Naveh as well as former chief justices Asher Grunis, Dorit Beinisch, Meir Shamgar and many other justices were also in attendance (Aharon Barak was sick).