"This proposed sale will contribute to the foreign policy and national security of the United States by helping to improve the security of a strategic regional partner." 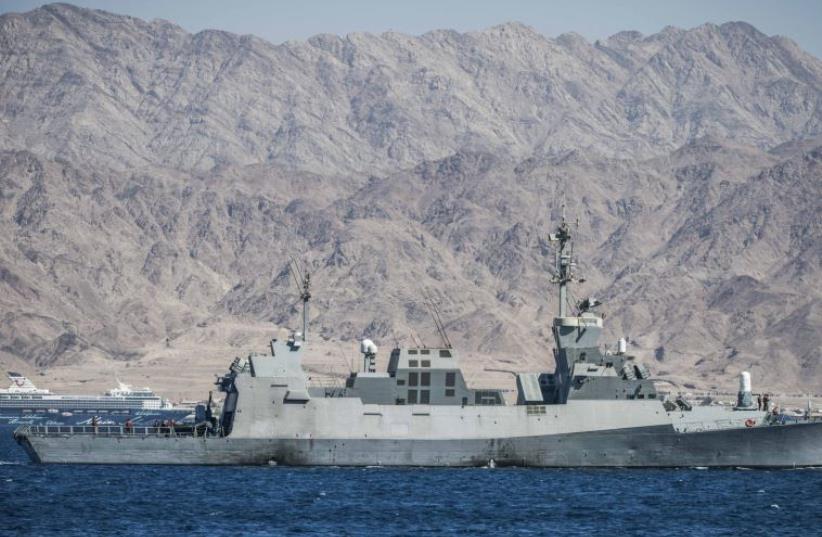 Israel navy drill in the Red Sea
(photo credit: IDF SPOKESMAN’S UNIT)
Advertisement
The State Department approved a “Possible Foreign Military Sale” to Israel, according to a Defense Security Cooperation Agency press release published on Friday.The agency said that the Israeli government requested to purchase 13 76-mm. naval guns, as well as a variety of naval maintenance materials and tools, technical, logistics and support services, operations and maintenance training and other related supplies and services. The estimated cost of such a deal is $440 million.“The United States is committed to the security of Israel,” said the press release. “And it is vital to US national interests to assist Israel to develop and maintain a strong and ready self-defense capability... This proposed sale will contribute to the foreign policy and national security of the United States by helping to improve the security of a strategic regional partner that has been, and continues to be, an important force for political stability and economic progress in the Middle East.”In terms of specifics, the agency said the equipment “will improve Israel’s capability to meet current and future threats in the defense of its borders and territorial waters. The naval guns will be installed on Israeli Navy Sa’ar-4.5 and Sa’ar-6 missile patrol boats. One gun will be located at an Israeli naval training center to be used for training maintenance personnel.”
Netanyahu thanks US for record aid deal
In September, Israel and the US signed a defense agreement worth $38 billion over 10 years, the largest such pledge in American history, which was hailed by both countries as a cornerstone of their alliance.The deal incorporates several budget lines that have previously been negotiated and approved by Congress each year, and requires Israel to abide by these terms over the course of the next decade, through 2029, without further lobbying of the US legislature for additional funds.Israel will receive $3.1b. in foreign military financing this fiscal year, followed by $3.3b. in subsequent years, plus $500 million designated to missile defense. Israel will return any money Congress may allocate in its 2017-2018 budget for Israel beyond the $3.1b., acting National Security Adviser Ya’acov Nagel, who negotiated the deal on Israel’s behalf, said.At the time of the signing, then-US president Barack Obama praised the agreement as an example of his “unshakable” commitment to the Jewish state.“For as long as the State of Israel has existed, the United States has been Israel’s greatest friend and partner, a fact underscored again today,” he said.Michael Wilner and Gil Hoffman contributed to this report.