Politics: Education is the key to success, says Haim Bibas

Federation of Local Authorities in Israel chairman and Modi’in-Maccabim-Re’ut mayor talks to the "Post" about the challenges he faces, and does not rule out running for national office. 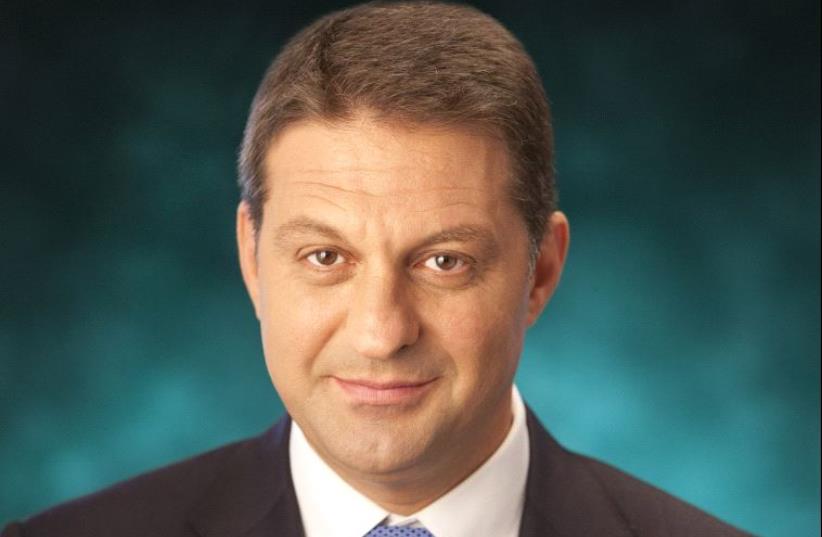 Haim Bibas
(photo credit: REUVEN KOPITICHINSKI)
Advertisement
For Haim Bibas, chairman of the Federation of Local Authorities in Israel and mayor of Modi’in-Maccabim- Re’ut, the issue of education is paramount.“Education is, in my opinion, the key to the success of the local authorities in Israel,” he tells The Jerusalem Post in an exclusive interview. His impressive résumé signals that Bibas, a rising star in the Likud and a relative of former foreign minister David Levy, has a promising political career ahead of him.Born on December 1, 1969, in Beit She’an, Bibas considers himself, above all, “a family man.” He has lived in Modi’in with his wife, Yafit, and three children, a boy and two girls, since 1997.Growing up in the Betar youth movement, he graduated from high school in Beit She’an and joined the Likud at the age of 18. During his military service, he gained the rank of lieutenant-colonel and became commander of the “Precious Time” Battalion, which trains officers for emergency situations and reserve duty.He received a BA in political science from the University of Haifa and a master’s degree in public administration and local government from Bar-Ilan University, completing his thesis on local government reform and professional city management.He worked his way up as director of various projects in the federation, ranging from international projects and national construction to security strategy and educational institutions.In 2003, he was elected to the Modi’in-Maccabim-Re’ut City Council, became deputy mayor in a voluntary capacity in his second term, and was elected mayor in 2008. He served as head of Benjamin Netanyahu’s election campaigns for head of the Likud and prime minister in 2007, 2012, 2013 and 2015.Bibas was elected head of the federation in January 2014, winning 60% of the vote. The federation, formerly called the Union of Local Authorities in Israel, is the umbrella organization of some 265 local authorities.“The Federation of Local Authorities in Israel unites all local authorities in Israel so that they all regard it as both a home and a representative, representing the local authorities to the central government and government ministries,” says Bibas.Modi’in-Maccabim-Re’ut, which was established in 2003 by merging the new city of Modi’in with the existing towns of Maccabim and Re’ut, extends over the Green Line, and is located 30 kilometers west of Jerusalem and 35 kilometers southeast of Tel Aviv. Its population is estimated to be close to 100,000, having reached 88,749 in 2015.Under Bibas’s leadership, the city boasts one of the highest IDF enlistment rates in the country as well as one of the highest high school graduation rates.In this wide-ranging interview, Bibas talks about his past successes and future challenges, his close relationship with Netanyahu, and the possibility of running for national office in the future.“Everything in its own time,” he says.

You were born in Beit She’an and today serve as mayor of Modi’in-Maccabim- Re’ut. What does a child have in Modi’in that a child in Beit She’an doesn’t? I was privileged to grow up in a home in which I received everything from my dear parents. It was a childhood immersed in large green spaces and an interesting valley, with many young families and friends.Beit She’an then was different from what it is today, and it is exactly for that reason that my worldview is based on the starting point that a boy from Beit She’an, like children from other peripheral communities, must receive more resources and investment, especially in education.This should not be done by reducing the investment in children in other towns and cities, but rather by allocating additional resources to areas in the so-called periphery.Modi’in-Maccabim-Re’ut is high on the list of cities when it comes to high school graduation and IDF enlistment rates. How has this been achieved? The secret of success is to be found in the basic understanding that everything begins with education. In my very first year as mayor of Modi’in-Maccabim- Re’ut, I adopted a policy that education is the most important element in the development of a city, and this policy soon expressed itself in action. Every year, more than 50% of the city’s budget is invested in the education of our children.Add to this the rare cooperation between the parents association and the educational teams in our schools, and of course, above all, the quality of the education itself, from kindergarten to high school, toward contributing to our society and our state, educating with the understanding that each one of us has the obligation and privilege to defend the State of Israel to the best of our ability, in all IDF units and in national civil service.Education appears to be at the heart of your agenda, and you have pushed for less crowded classrooms and additional teaching assistants. What do you see as the next battle in education? Yes, indeed, education is, in my opinion, the key to the success of the local authorities in Israel. To my delight, we have succeeded in some important battles, such as adding on a third teaching assistant for children at kindergartens, introducing “School for the Long Summer” to help parents during the summer vacation, adopting new programs for advancing children from kindergarten to high school, and, of course, easing the congestion of crowded classrooms, which we are continuing to do, not just in first grade but throughout all grades.Future challenges are, first and foremost, the introduction of a long school day for all children in Israel, in a way that will enable every Israeli to benefit from differential subsidies, together with the encouragement and expansion of scientific and technological studies.

What are your goals as chairman of the Federation of Local Authorities in Israel?The Federation of Local Authorities is actually the true executive branch of the government of Israel, and as such is directly responsible for the quality of life of 8.5 million residents of the State of Israel. We have succeeded in leading many significant processes in cooperation with the relevant government ministries for the benefit of the entire Israeli public.In the coming year, we are working on concluding the budget in the Knesset with all the significant additions we have achieved for the local authorities, to advance the program for development towns, the periphery and Judea and Samaria, which calls on the government to encourage the transfer of factories to the periphery, increase balancing grants and provide preference for the establishment of sports facilities in communities in these areas, advance the annual program for strengthening communities in the Arab sector, as well as developing the Galilee and the North and many other projects.How do you feel about twinning with cities abroad in order to advance foreign relations? In the globalized, sophisticated world we’re living in, the distance between a child in Ashkelon and a child in Philadelphia can be bridged by the push of a button. Therefore, advancing foreign relations by twinning towns and cities in Israel with towns and cities abroad, especially in the United States, is of the utmost importance. It enables the advancing of many common issues on the basis of direct municipal connections.Modi’in-Maccabim-Re’ut, for example, has twinned with the city of Rochester in New York. This relationship is based on Jewish identity, education, multiculturalism and student exchanges, and it works amazingly well for the benefit of both cities. The ties between the youth, various communities in the municipalities and the leadership of the cities have resulted in wonderful cooperation, and expanded the basis of support for the State of Israel.How do you see the contribution of Diaspora Jewry to the State of Israel in general and the periphery in particular?The contribution of Diaspora Jewry to the existence and advancement of the State of Israel plays an important part in the strength of the State of Israel. The hundreds of projects operating in Israel in the fields of education, welfare, the advancement of youth, technology and the sciences with the generous support of Diaspora Jewry allow us to succeed in meeting many economic and security challenges that have toppled governments in Europe and elsewhere in the world.I see every Jew, in every place in the world, as an inseparable part of our nation, and I appreciate and am thankful for the perennial solidarity and partnership Diaspora Jewry has with Israel.As someone who is very close to the prime minister, how do you view your relationship with him? The prime minister is a true friend of the local authorities, and we are very close politically and personally. I headed his election campaign four times, and I stood by him at times when things weren’t so rosy and there were those who abandoned the ship.Prime Minister Netanyahu is leading the country and the Likud responsibly and with economic strength for years now. This is the index for true leadership.As head of the Federation of Local Authorities, I can also testify to the prime minister’s many actions for the good of all citizens of Israel, and for the local authorities in particular, and especially for the budgetary resources he has provided over the last three years.Does the fact that you are a Likud member help the local authorities succeed, without the threat of strikes and battles with the government?I am a big believer that closer cooperation brings greater success. I am happy that a nationalist party, the Likud, is in power in Israel, and there is no doubt that it is helpful to the FLAI in advancing all its projects and getting all the necessary funds for the local authorities that I am someone who grew up in the Likud and know close-up and in-depth all those involved in Israeli society, on the basis of friendship and respect.

What are your political ambitions? Do you plan to run for the Knesset or for the government?My position as mayor of Modi’in-Maccabim- Re’ut and chairman of the Federation of Local Authorities in Israel is very challenging. I have been privileged to be part of building a city from the foundations, and continue to do this today through the construction of thousands of new housing units and absorb thousands of new residents every year. At the same time, I am doing all I can to advance the local authorities in Israel and meet the manifold challenges that require much effort.I am thankful for the privilege of being at the center of activities in the State of Israel, and undoubtedly see myself as continuing to contribute on a national level in the future. Everything in its own time.