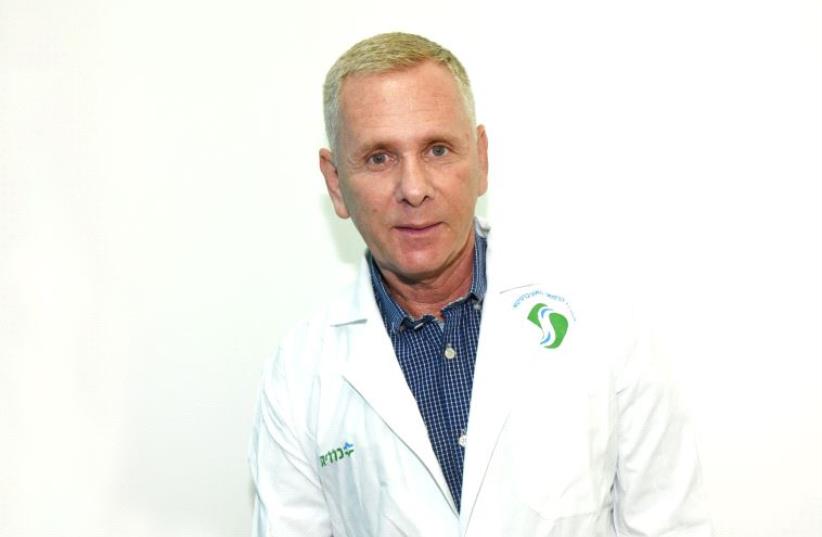 Prof. Ohad Birk
(photo credit: Courtesy)
Advertisement
Professor Ohad Birk, MD, PhD, is a physician and molecular geneticist who splits his time between treating patients with severe hereditary disorders and carrying out groundbreaking research on the subject. He heads both Soroka Medical Center’s Genetics Institute and its Fisher Genetics Counseling Unit, as well as the National Institute for Biotechnology in the Negev and the Morris Kahn Laboratory of Human Genetics at Ben-Gurion University of the Negev. In the past 15 years, his lab has deciphered the genetic codes behind more than 30 human diseases, including those most common in Sephardic Jews and Beduins. The findings enabled widespread carrier testing initiatives among Israel’s Beduins, led by Birk’s team, and the community’s infant mortality rate has gone down by 30%.Affecting the Sephardic Jewish community, his team discovered the genes behind the two most common severe hereditary disorders in this population, Progressive Cerebello Cerebral Atrophy (PCCA) and PCCA-2, which compelled the Israeli government to make testing for these diseases free of charge. The lab’s researchers were also the first to find a gene for nearsightedness and for many hereditary syndromes, two of whom are named after Birk.“The effects of our work go far beyond the local community and families we see,” Birk told The Jerusalem Post, pointing out that the knowledge can impact the Arab and Jewish communities worldwide, especially since many in the Beduin community originally came from Saudi Arabia.Click here to see The Jerusalem Post's 50 Most Influential Jews list.Click here for more information on Soroka Medical CenterThis project was carried out with support from Soroka Medical Center.