One of the arguments is that some of its venues were non-Kosher restaurants. 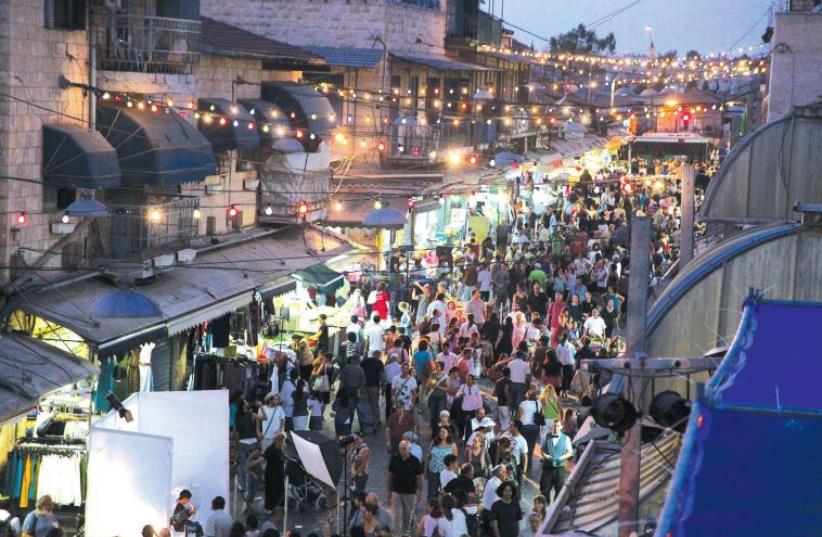 Mahaneh Yehuda shuk
(photo credit: MARC ISRAEL SELLEM/THE JERUSALEM POST)
Advertisement
The Science, Technology and Space Ministry canceled its World Space Week events in Mahaneh Yehuda market in Jerusalem, which were supposed to take place this Tuesday, following a letter sent to Minister Ofir Akunis by City Councilman Yohanan Weizman.Weizman wrote in his missive that some of the planned venues in the market were non-kosher restaurants, or had sold hametz during Passover.During World Space Week, scientists and university lecturers were invited to speak about the topic in various places across the country, including in restaurants and pubs.“As a city council member and a resident of an adjacent neighborhood, Makor Baruch, I would like to turn your attention to the fact that two of the places that were chosen [to host events] sell non-kosher food and hametz on Passover, and the rest [of the venues] are not kosher all,” explained Weizman, a member of the ultra-Orthodox Agudat Yisrael faction, in the letter that was sent to Akunis.Weizman also alleged that some of the establishments in Mahaneh Yehuda lack the required business licenses, and so the government should not encourage activities in them.Lastly, he said that residents of the surrounding neighborhoods turned to him and said that the nightlife activity there is bothering them.“They [the businesses there] spread stench all over the area, because proper sanitation standards are not enforced; they take our few parking spots and also attract crime and improper behavior,” Weizman said in the letter.Mahaneh Yehuda has served for years as one of the biggest markets in the capital.In the past decade restaurants and pubs were opened in the compound, attracting mostly young customers during nighttime.This change in the character of the market has drawn objections from ultra-Orthodox residents over the years.However, after praising the cancellation, Weizman stressed that he is not against cultural events in city.“All I asked for is to shift the government’s resources to businesses that obey the law, and also to consider the well-being of the residents of the neighborhoods next the compound,” he said.A source close to Weizman stressed to The Jerusalem Post that the councilman finds places great value on space research.The Science, Technology and Space Ministry said on Friday that the events were not canceled and will take place as planned, but in different venues that will be determined “in the very near future.”MK Rachel Azaria (Kulanu), a former deputy mayor of the capital, condemned the cancellation and said that Jerusalemites must strive to create a space in which all can live.“Now we know that the World Space Week events in Jerusalem were canceled due to pressure of a haredi city councilman, while many haredim oppose the cancellation,” she said.