Hap Jerusalem falls to Hap TA ahead of Eurocup semis

Jerusalem fell to a 12-10 record and will enter the final third of the regular season in fifth place in the standings. 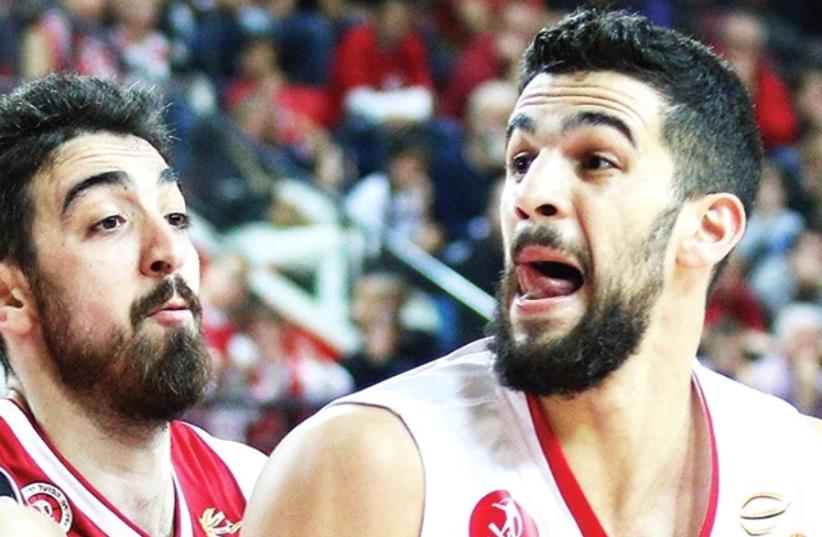 Hapoel Tel Aviv forward Tomer Ginat (right) had 23 points and 12 rebounds in last night’s 83-70 win over Bar Timor (left) and Hapoel Jerusalem
(photo credit: ADI AVISHAI)
Advertisement
Hapoel Jerusalem enters its most important week of the season to date on the back of a defeat, losing 83-70 at Hapoel Tel Aviv in BSL action on Saturday night.Jerusalem visits Valencia in Game 1 of their best-of-three Eurocup semifinal series on Tuesday, with Game 2 to be played in Israel on Friday afternoon.If necessary, a decisive Game 3 will be held in Valencia on Tuesday, March 22.Jerusalem’s main concern on Saturday was ensuring none of its players suffer any new injuries, with veteran guard Yotam Halperin being rested ahead of the Eurocup series.Jerusalem scored the first six points of the night in Tel Aviv, but added only seven more until the end of the first period, with its focus clearly elsewhere. The visitors trailed by as many as 14 points (29-15) in the second quarter, but closed to within three (37-34) by the break.Tel Aviv never lost control, reestablishing a 14-point gap (57-43) in the third frame and cruising in the final minutes to improve to 11-11.Young Israeli Tomer Ginat led four Hapoel players in double figures with 23 points and 12 rebounds. Jerome Dyson had 16 points for Jerusalem, with none of the team’s players seeing more than 29 minutes of action.Jerusalem fell to a 12-10 record and will enter the final third of the regular season in fifth place in the standings. If Maccabi Tel Aviv defeats Maccabi Rishon Lezion on Sunday, Jerusalem will be four games back of first place. However, being in fifth means it will host Maccabi in their final regular season meeting, ensuring another big pay day for the club.“We didn’t play well enough tonight,” said Jerusalem coach Simone Pianigiani. “It wasn’t easy to play for many reasons and we paid the price. The best thing about this game was that we got Bar Timor back from injury and that we didn’t suffer any new injuries.“We know we will have to do a lot better to win in Valencia,” added the Italian. “Even though we have the shortest roster of the remaining teams in the Eurocup, we are confident.”