Jerusalem has lost just one of nine games since suffering a 92-83 overtime setback at Eilat in the last meeting between the teams in February. 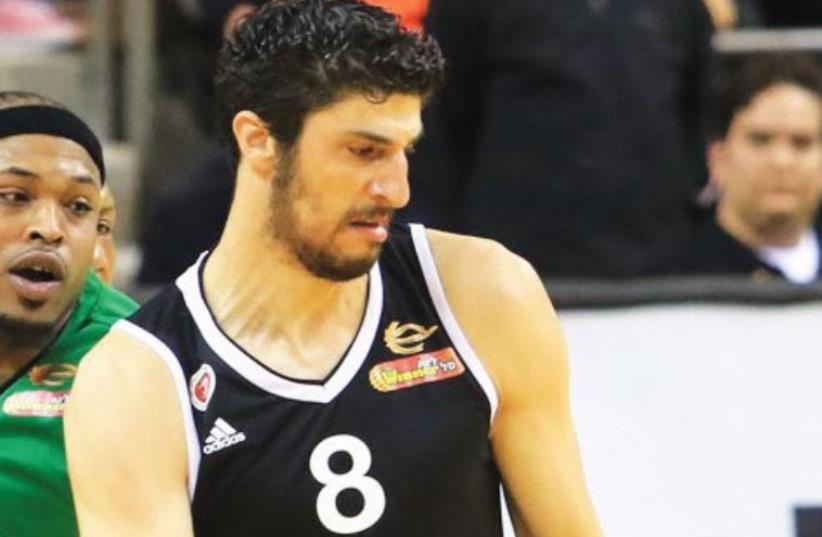 Hapoel Jerusalem forward Lior Eliyahu
(photo credit: ERAN LUF)
Advertisement
Hapoel Jerusalem can close within a single win of securing the No. 1 seed in the BSL playoffs on Sunday night with a victory over Hapoel Eilat in a repeat of last year’s final.Jerusalem (22-6) holds a two-and-a-half game lead over second place Maccabi Tel Aviv entering Sunday’s clash at Jerusalem Arena where it will be targeting its eighth consecutive league win. Eilat (16- 13) is also in excellent form, winning seven of its past eight games, with its only defeat coming by a single point against Maccabi Kiryat Gat after squandering a 10-point gap in the final three minutes.Jerusalem has lost just one of nine games since suffering a 92-83 overtime setback at Eilat in the last meeting between the teams in February. That defeat in Israel’s southernmost city was the defending champion’s sixth from seven games, but Hapoel has hit its stride since, cementing its status as the favorite to claim the championship.While the BSL title will be decided in a Final Four tournament this season, there is still some importance to claiming the top seed, with the team that finishes the regular season in first place to host the season finale.Even should Maccabi win its final four contests, Hapoel only requires two more wins from its remaining five games as it holds the tiebreaker against Tel Aviv, sweeping the yellow-and-blue 3-0 in the regular season.Maccabi (20-9) hosts Maccabi Kiryat Gat (10-19) on Tuesday.Jerusalem will still be without new Dominican guard Edgar Sosa, who joined the club last weekend from Iranian team Petrochimi Bandar Imam, but will not feature on the team’s roster on Sunday.Eilat’s recent run has moved it within a single game of Maccabi Haifa in third place. Haifa (17-12) hosts Ironi Nahariya (15-13), which is coming off a victory over Maccabi Tel Aviv.Haifa beat Maccabi Rishon Lezion last week and is aiming to combine two straight victories for the first time in a month. “It is good that we are entering the game on the back of an important road win,” said Haifa guard Gregory Vargas.“We have already beaten Nahariya twice this season, but on the other hand, they just defeated Maccabi Tel Aviv, so who knows what might happen.”Elsewhere Sunday, Hapoel Tel Aviv (13-16) visits Ironi Ness Ziona (10-19).On Monday, Bnei Herzliya (15-14) hosts Maccabi Rishon Lezion (13-16) and Maccabi Ashdod (12-17) welcomes Hapoel Holon (10-19).