"I was fortunate to hear the Israeli national anthem played in Georgia," Or Sasson says after win. 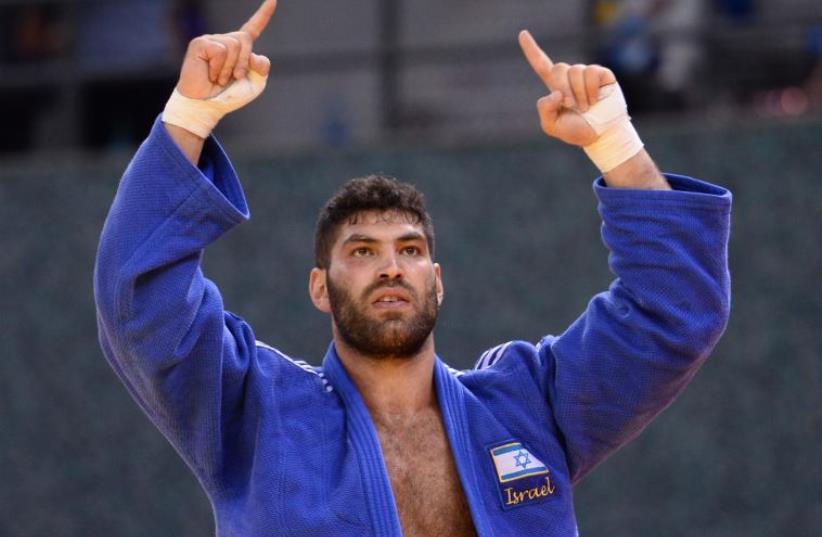 Israeli judoka Or Sasson ‏
(photo credit: (OLYMPICS COMMITTEE OF ISRAEL/COURTESY)‏)
Advertisement
Israel's Or Sasson picked some much-needed ranking points and confidence ahead of this summer's Rio Olympics on Sunday after claiming the gold medal in the over-100 kilogram competition at the judo Grand Prix event in Tbilisi, Georgia.Sasson, who won a silver medal at the European Championships last summer, defeated Roy Meyer of the Netherlands in the final, with the Dutchman unhappy with the referee after he wasn't awarded a leg grab.Sasson beat four opponents on his way to first place, including Rafael Silva of Brazil, the London 2012 bronze medalist."I was fortunate to hear the Israeli national anthem played in Georgia and this is the first time that I have won a gold medal in a Grand Prix competition, which is very exciting," Sasson wrote on his Facebook page. "Thanks to this achievement I will enter the top eight in the world rankings which is a very important step for me."