From Kahn’s successes in the world of business he was able to dedicate more of his life to his true calling: helping people and the environment. 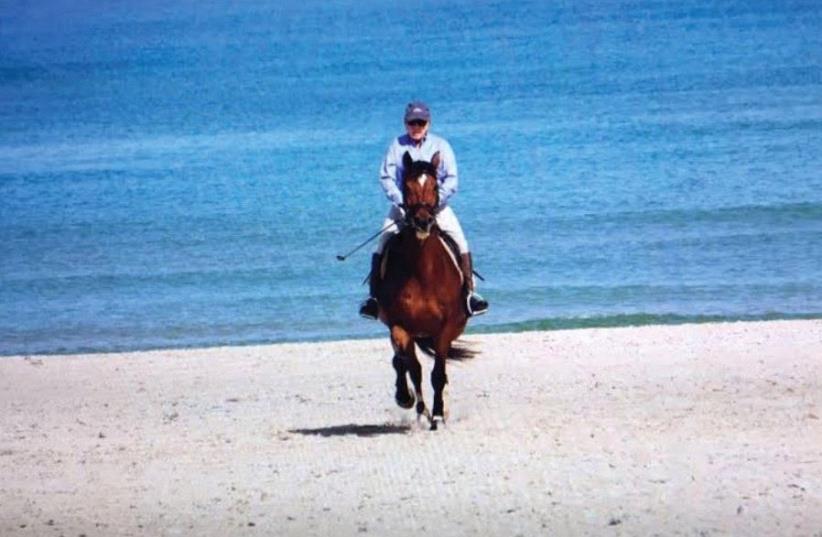 BEIT YANAI Beach, 2017
(photo credit: ALLON HANANIA)
Advertisement
The recent 50th anniversary of the reunification of Jerusalem and this year’s 20th Maccabiah Games both speak volumes about the reality of the Jewish nation’s past and its present in 2017.The Maccabiah Games were named after Judah the Maccabee, the legendary leader who became an inspirational ember, igniting the flame of Jewish independence and liberty. He was a man who stood behind a vision on a battlefield when most said run.Fittingly, Morris Kahn, a true Maccabean hero of today, is leading this year’s games as their honorary president. He was born in 1930 in Benoni, South Africa. As a young boy he had a yearning to move to Israel. At the age of 26, his dream came to fruition, when he made aliya with his late wife, Jacqueline, and their two sons, David and Benjamin.Morris recalls that “It wasn’t easy for me in the beginning. I had a fair amount of difficulties, but I always dreamed of moving to Israel out of a strong sense of belonging.”
DAVOS, Switzerland, 2016
Kahn went from being a card-carrying communist in South Africa to a successful business entrepreneur in Israel. Throughout his life’s journey he never forgot to help others out of a true sense of social responsibility. His successes have changed not only the lives of Israelis, but the lives of so many throughout the world through his philanthropy.His entrepreneurial path started with the launch in 1968 of the Golden Pages in Israel, which became an established company that created thousands of local jobs. His ability to always stay one step ahead is one of Morris’s unique qualities in business.In 1978, with his longtime friend and partner Shmuel Meitar, they founded the Aurec Group, making big steps in media, advertising and Israel’s communications abilities. This vision led to a fiber optic cable being laid to Italy, which connected Israel firmly to the rest of the world.Kahn believes in shared values in all the teams he leads. It is these that helped nurture the development of a very advanced software system via the Golden Pages, which lead to the birth of a new company, Amdocs. Today Amdocs is the pioneer in its field with more than 26,000 employees serving 85 countries.From Kahn’s successes in the world of business he was able to dedicate more of his life to his true calling: helping people and the environment. He explains that “My passion for philanthropic work comes from the joy and satisfaction that it gives me.”Included in his projects is the Morris Kahn and Maccabi Health Data Science Institute, which aims to create a database for some 2.5 million members of the Maccabi Healthcare Services to improve quality medicine.One of Kahn’s most noteworthy missions, driven by his efforts to help children, has led him to aid the world’s most needy.He is a major contributing partner to Save a Child’s Heart organization (SACH), which provides life-saving cardiac surgery to children, regardless of race, religion, sex and color. SACH has been responsible for saving the lives of more than 4,000 children from some 50 countries. Every 29 hours a needy child is saved by the SACH.EYE CAMP Jinka Ethiopia, 2017Kahn also sponsors a project based in Jinka, Ethiopia, in which Israeli surgeons and volunteers perform operations to enable residents of rural villages to see for the first time.Kahn is also the visionary behind the world’s first underwater observatory in Eilat.“I realized that there are a lot of people who don’t see this beautiful underwater nature that we have,” he says.Kahn’s innovative missions include his involvement in Regenerative Medicine and 3D bio-printing; LEAD is a program for developing young leadership; and SpaceIL is dedicated to landing the first Israeli spacecraft on the moon later this year.At 87, Kahn still has a passion for horse riding, skiing, scuba diving and swimming.His recognition as honorary president of the games has triggered new energy and has been a springboard for Maccabi World Union to reach greater heights in all fields.“I believe in the goal of the Maccabiah, which brings together young Jewish people to their historic homeland from all the corners of the Earth through sport, which is truly a uniting tool,” Kahn says.Kahn and the Maccabi World Union will proudly watch some 10,000 athletes gather in Jerusalem from 80 countries to unite and compete in the 20th Maccabiah Games, which promises to be exceptionally exciting this year.