The smoking residents of the town Maid-el-Krum spend NIS 288 million a year on deadly tobacco. 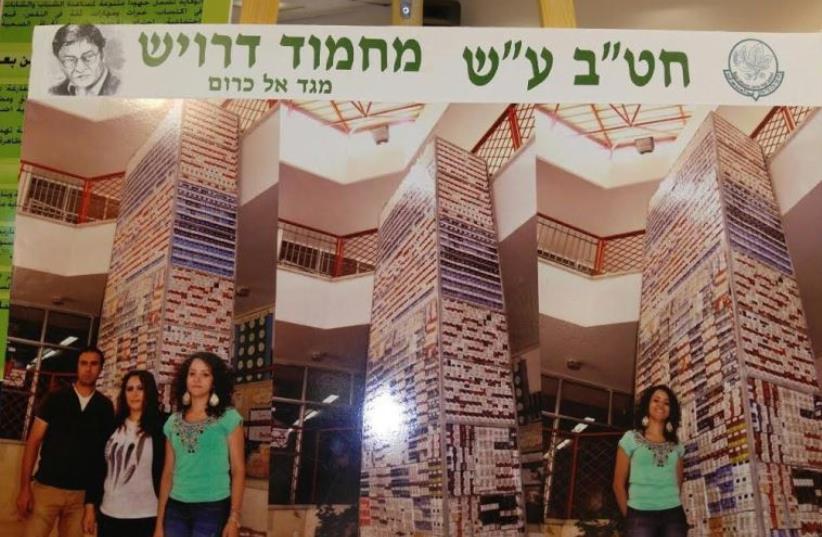 Students build structure of cigarette cartons
(photo credit: ICA)
Advertisement
As a group, Muslim men have the highest smoking rates in the country, and it is responsible for their lower longevity rates. A thousand pupils at the Muhammed Darwish Intermediate High School in Majd-el-Krum in the Upper Galilee decided to illustrate the danger by collecting empty cigarette packs and building a huge structure from 60,000 of them to show the size of their fathers’ fatal mistake.The smoking residents of the town spend NIS 288 million a year on deadly tobacco. The distressed pupils suggested alternative uses for the money -- spending it on educational and social institutions, subsidizing schools and so on.The towers of cigarette packets were displayed in a competition organized by the Israel Cancer Association (ICA), the Education Ministry’s pschological service, the Health Ministry and the League for the Prevention of TB and Lung Diseases. At the ceremony, which was held at ICA’s headquarters in Givatayim, the Majd-el-Krum pupils were among the first prize winners.