When you’re not ready to leave just yet. 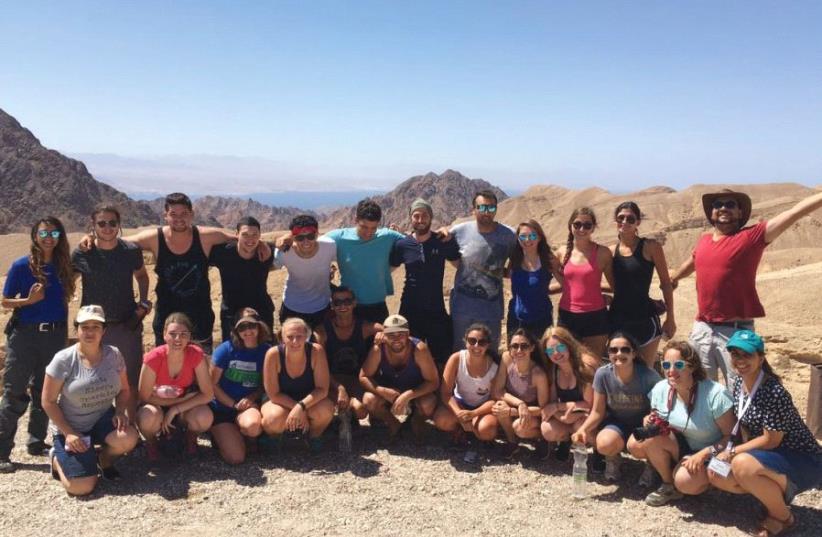 PARTICIPANTS ON a Birthright Israel Plus trip to Eilat that included snorkeling, yoga and hiking enjoy what has proven to be the most popular additional tour so far
(photo credit: BIRTHRIGHT ISRAEL)
Advertisement
Birthright packs a lot into its free 10-day trips – from the Western Wall to the center of Tel Aviv, the Golan Heights, Yad Vashem, the Dead Sea and more.But at the end of those often life-changing 10 days, many participants are left wanting more.Birthright is looking to capitalize on that and offer a variety of four- to fiveday extension trips with different focuses – including for the many who already plan to stick around.“There are many participants who extend their ticket and their stay in Israel,” said Jessica Bernstein-Danino, executive director of Birthright’s extension programs. While she said there are other non-Birthright programs that exist for those people, “there is definitely a shortage of options for short-term programs – to offer participants who didn’t have a lot of time... and are choosing to explore other experiences or aspects of Israel.”Those who book before arriving in Israel have to pay a subsidized $250 for the four- to five-day, but Birthright will also allow those already here who yearn to see more of the country to sign up for $400, space permitting.From June 4 through 8, dozens of people who had already completed a Birthright trip opted for one of the six available adventures: social action and diversity; “fashionating” Israel; the foods of Israel; the sea-to-sea trek; building new bridges; and Eilat of heart and soul.“We wanted to select not only the topics, but the programs that we felt would really give the participants a variety of experiences that would offer more dialogue and really new ways to get to know Israel and connect to Israel,” said Bernstein- Danino, “ Gidi Mark, the international CEO of Birthright, echoed those remarks.“‘Birthright Israel Plus,’ like a number of new programs we’ve been offering in recent years, is yet another example of Birthright Israel 2.0,” he said. “The concept of constantly expanding the ways we allow participants, with diverse backgrounds and interests, to connect with Israel and explore it through a platform specifically suited for them.”The Eilat trip includes snorkeling, yoga and hiking and has proven the most popular so far. It was overbooked the first round. The sea-to-sea trip – a hike from the Mediterranean to the Kinneret – was also in high demand. Both optional trips will run simultaneously several times throughout the summer. The next round of trips begins June 18 and will feature a program run by the Pardes Institute called Sexuality and Torah; not enough signed up for the first date to make the program possible.The building-bridges trip features meetings with Israel and Palestinian peace activists and a visit to a bi-cultural kindergarten in Jaffa. The social action trip – run by the Bina Secular Yeshiva – includes talking to asylum-seekers in Tel Aviv and volunteering in a local summer camp.Bernstein-Danino said everyone will watch closely through the summer pilot program to see which trips are the most successful and the highest quality and how participants respond.As opposed to more than 40 people on each regular Birthright bus, these tours are limited to approximately 25 each, to provide “a much more intimate experience,” said Bernstein-Danino.The trips also operate at a slower pace, “something that’s a little more laid back and more personal,” she added. “Because they are choosing this particular topic or program, we want them to have adequate time and ability to process that.”