The US envoy to Israel was present among tens of thousands at the priestly blessing at the Western Wall for the Holiday of Sukkot on Sunday.

By HAGAY HACOHEN
OCTOBER 8, 2017 11:57
American ambassador David Friedman in a holiday greeting to Jerusalem Post readers
Advertisement
US Ambassador David Friedman participated in the special blessing of the kohanim (members of the priestly line) for Sukkot at the Western Wall on Sunday.The blessing is recited by Jewish people who are said to be descendants of Aaron, the brother of Moses, and is one of the most ancient blessings in the Jewish faith. The ambassador called the blessing “beautiful,” and linked the goodness wished within it to the nation of Israel and his own family.He attended the event with his son and grandson, both of whom are kohanim, as is Friedman, despite not having the usual surname like Cohen, Kahn or any of the other well-known variations.US Ambassador to Israel David Friedman poses with his son and grandson while attending the Priestly Blessing at Jerusalem's Western Wall / MARC ISRAEL SELLEMThe blessing is often recited by Jewish people who are kohanim at various times of the Jewish calendar in the diaspora but is recited daily during prayers in Jerusalem and weekly across Israel. The idea to bring many kohanim to the Western Wall for special blessings during Passover and Sukkot started in 1970 when Rabbi Menachem Mendel Gafni did so.Today, tens of thousands come to the Western Wall to participate in this special event. 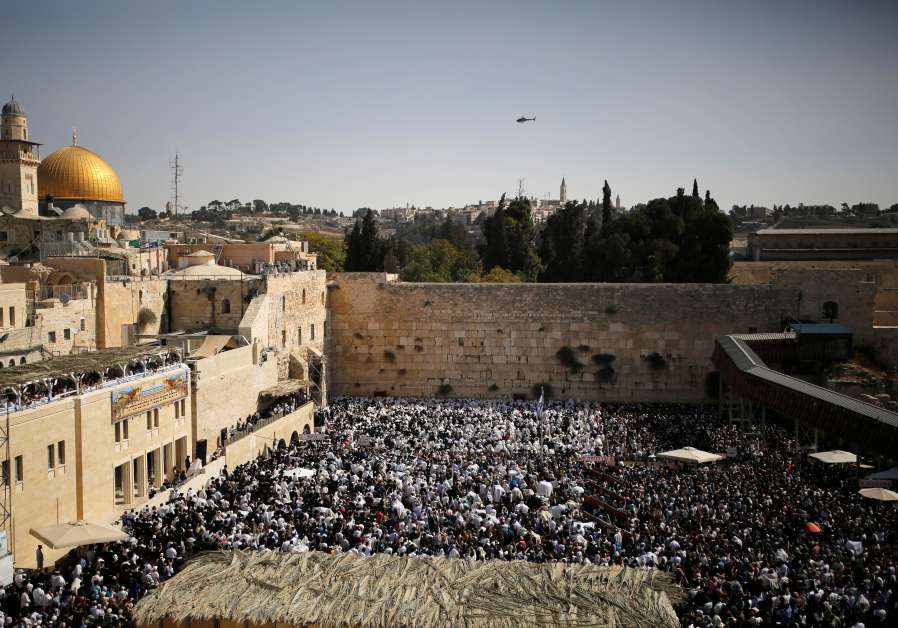 A general view shows Jewish worshippers taking part in the priestly blessing during the Jewish holiday of Sukkot, at the Western Wall, Judaism's holiest prayer site, in Jerusalem's Old City / REUTERS/AMIR COHEN David B. Goldstein claimed to have genetically verified the long-held Jewish belief that Jewish people with the surname of Cohen and similar names are actually descendants of Aaron in his book Jacob’s Legacy: A Genetic View of Jewish History.