US couple donates $400 million to BGU

The legacy gift is believed to the largest donation to an Israeli institution in the history of the state, the university said. 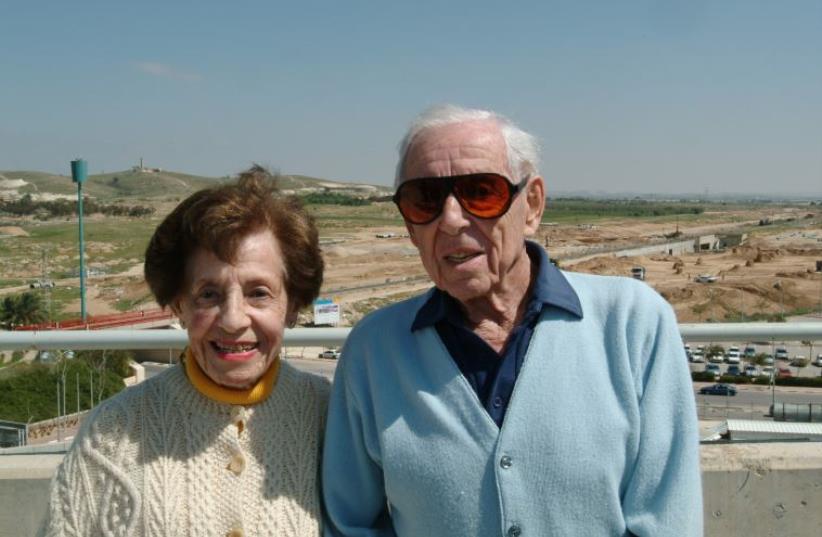 The late Dr. Howard and Lottie Marcus in 2005 during a visit to name the Marcus Family Campus
(photo credit: DANI MACHLIS/BGU)
Advertisement
The estate of a US couple who survived the Holocaust has gifted $400 million to Ben–Gurion University of the Negev, believed to be the largest donation to an Israeli institution in the history of the state, according to the university.The American Associates of the university announced the gift on Friday by the estate of Dr. Howard and Lottie Marcus of San Diego. Lottie Marcus died in December at 99 just two months short of her 100th birthday, while Howard died in 2014 at 104.The funds will be used to establish a permanent endowment in support of BGU, which will yield endowment assets that more than double the size of the current university endowment.The Marcuses first began their relationship with BGU in 1997, and were primarily captivated by its research in the fields of water, desalination and desert studies. In 2004, Lottie and Howard were awarded honorary doctoral degrees by BGU in recognition of their pioneering spirit, exceptional philanthropy and unstinting dedication to Israel and to Ben-Gurion University. In 2005, the Marcus Family Campus in Beersheba was named in their honor to reflect their “magnanimous commitment to the University.”“Dear Lottie and Howard believed in us,” said BGU President Prof. Rivka Carmi. “Out of all the places in the world and all the philanthropic opportunities, they chose Ben-Gurion University. Now it is our responsibility to fulfill their vision and continue to prosper and flourish.Lottie and Howard are deeply missed, but their legacy will be felt in every BGU hallway and courtyard; in each classroom and laboratory; and by the faculty, students and staff who will be touched by their noble-spirited generosity for generations to come.”Lottie and Howard Marcus fled Nazi Germany separately in the 1930s, and lost most of their family in the Holocaust. They immigrated to the United States where they built a new life, Howard as a dentist and Lottie as a secretary at a Wall Street firm. They subsequently met, fell in love, and married in New York.The family invested most of their nest egg with Warren Buffett and subsequently made their fortune.“I met Howard and Lottie more than 50 years ago -- through a mutual friend, my lifetime hero Ben Graham,” Warren Buffett said of the couple.“We hit it off, and they joined my investment partnership. Knowing them, it comes as no surprise that they elected to use their financial success to enhance the lives of thousands of Israeli young people.”