Maj. Roi Klein, 31, came from the national-religious sector and is revered in the community for his self-sacrifice. 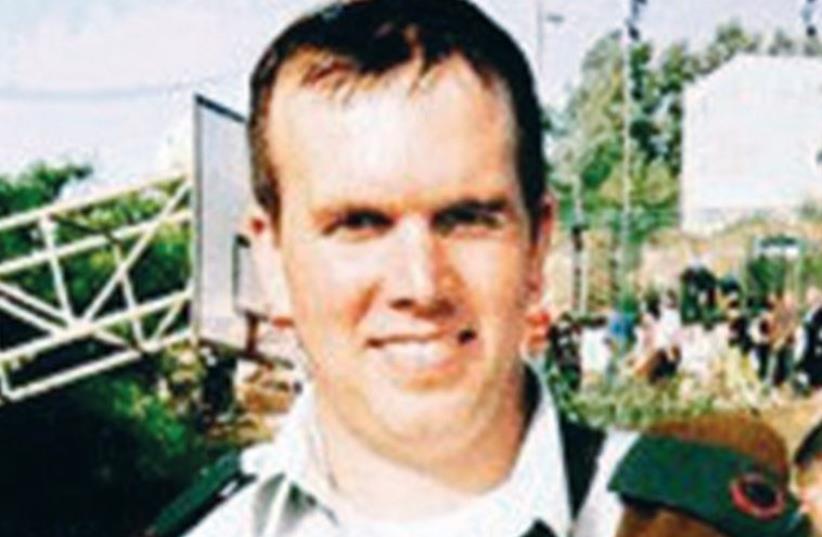 Roi Klein
(photo credit: IDF SPOKESPERSON'S UNIT)
Advertisement
A firestorm of protest erupted after a political adviser to Defense Minister Moshe Ya’alon criticized war hero Maj. Roi Klein, who threw himself on a grenade and died to protect his soldiers during the Battle of Bint Jbail during the Second Lebanon War.According to soldiers who survived the incident, Klein, who was a company commander and deputy battalion commander in the Golani Brigade, cried out “Shema Yisrael...” as he shielded his soldiers from the blast.Klein, 31, came from the national-religious sector and is revered in the community for his self-sacrifice. He was posthumously awarded the Medal of Courage and has had schools and other institutions named after him.On the evening of Remembrance Day last week Moshe Ben-Zaken, an adviser to Ya’alon, wrote on his Facebook page a post dedicated to his friend St.- Sgt. Shimon Dahan, who was also killed in Bint Jbail.In the post, first noticed by Channel 2 on Sunday, Ben-Zaken said that on July 26, 2006, Klein had led his company into a trap during the battle and only jumped on the grenade to cover for his mistake.Ben-Zaken wrote that Klein “turned into a national hero when he decided against all orders and odds, in the light of day to burst into an ambushed entrance and draw attention,” and said that Dahan had warned Klein not to take this course of action but to take cover instead.“Roi, who took you all into an ambush of fire, jumped on the grenade to cover up for the mistake,” he wrote, adding that Dahan was a hero for having faced the Hezbollah fighters after Klein was killed, and eliminating some before he himself was killed, while other soldiers had sought cover.The town of Bint Jbail was never fully captured during the Second Lebanon War despite several attempts by the IDF to do so.There are conflicting reports as to whether or not the large force of Hezbollah fighters Klein’s company encountered had indeed been deployed as a trap, or if the two groups of fighters had simply chanced upon each other.The Jerusalem Post reported on July 28, 2006, that the clash had been accidental, citing the commander of a second company that had been involved in the battle the day Klein died who said the two forces stumbled across each other.However, The Daily Telegraph reported on July 30 the same year that Hezbollah had set a trap by luring Klein’s company into an olive grove surrounded by apartment buildings, from which they fired on the IDF force.An article by the Post on September 21, 2006 which cited battalion commander Lt.-Col. Yaniv Asor, also suggested the incident was a Hezbollah ambush.After Ben-Zaken’s post came to light on Sunday, Ya’alon called Klein’s widow, Sarah, and his father, Aharon, to apologize and disassociate himself from the comments, which he said were “hurtful” and “unnecessary.”“I clarified that I apologize for the publication and totally disassociate myself from them, which were written without my knowledge and do not reflect the IDF or the armed forces,” which he said “holds Roi in esteem for his heroic legacy that he left behind.”Ben-Zaken removed his post after and apologized for it, saying he had been insensitive and had simply wanted to highlight the heroism of his close friend Dahan.“I hurt the honor of another hero of Israel, who sacrificed his life in the same battle, and jumped on a grenade, knowing he would be killed in order to save the lives of his friends.”